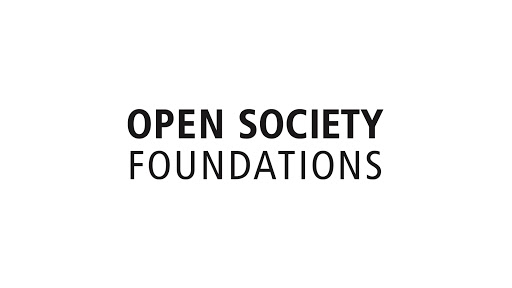 Patrick Gaspard to Step Down as Head of Open Society Foundations

NEW YORK—Patrick Gaspard has announced his decision to step down as president at the end of the year. During his three-year tenure, he confronted significant threats to open societies around the globe, including the rise of authoritarian regimes and the spread of the COVID-19 virus worldwide. Under his capable leadership, the Open Society Foundations have emerged stronger than ever.

Succeeding him as president will be Mark Malloch-Brown, the former UN deputy secretary‐general and UK minister, who currently serves on the Foundations’ Global Board. Malloch-Brown will take over effective January 1.

This year, Gaspard conceptualized and stewarded Open Society’s contribution of $220 million in grants to build power in Black communities, and $200 million in global investments that included support for essential workers and other communities hit hard by COVID-19.

“From his work as a union organizer to his political leadership during the Obama administration to his role as U.S. ambassador to South Africa, Patrick has been a champion of all rights: whether for workers, for women, or for underserved groups,” said George Soros, founder and chair of the Foundations. “His dedication to those challenging power is precisely why I invited Patrick to join Open Society. I have great admiration for the way he led the Foundations in a world beset by illiberalism, and I applaud him.”

“It has been a profound honor to lead this organization,” said Gaspard. “Fundamental social change doesn’t customarily occur in a revolutionary moment. Instead, what is needed is the partnership of activists, government, and the nonprofit sector, collaborating over time and space in unity and solidarity. This is what I worked to do at Open Society. My commitment now will be to re-enter the world of politics and ideas, where I can continue the struggle against oppression everywhere.”

Gaspard brought to Open Society a wealth of experience both inside and outside government. He was previously the U.S. ambassador to South Africa from 2013 to 2016 under President Barack Obama. Prior to that, he was the executive director of the Democratic National Committee from 2011 to 2013, assistant to the president and director of the White House Office of Political Affairs from 2009 to 2011, and the national political director for Obama’s 2008 election campaign. Gaspard also was the executive vice president and political director for the Service Employees International Union, one of the largest U.S. unions.

Malloch-Brown, who will succeed Gaspard as president, brings to Open Society extensive international leadership experience in government, NGOs, philanthropy, and business. He served as UN deputy secretary‐general and chief of staff under Kofi Annan. Previously, he was administrator of the UN Development Program. He covered Africa and Asia as minister of state in the UK’s Foreign Office during Gordon Brown’s premiership. His other positions have included being a World Bank vice president. He began his career as a journalist at The Economist.

“I have known and worked closely with Mark for more than three decades, from supporting opposition to the Pinochet regime in Chile, to bringing relief to the people of Sarajevo and Bosnia, to setting up the International Crisis group together,” said Soros. “Mark is deeply familiar with Open Society’s work and shares my vision of a political philanthropy that is focused and prepared for the future.”

“I am deeply honored and humbled by the trust George has placed in me, and I am committed to working with him to make sure we stay faithful to his original vision and values for the Foundations,” said Malloch-Brown. “I am honored to follow Patrick Gaspard and build on what he has begun.

“Leading this extraordinary institution and working with so many talented people who have committed their lives to social justice is inspiring. I look forward to a strong partnership with our Board, particularly our Deputy Chair Alexander Soros, as we continue our work to reshape the Foundations to confront the new threats to democracy.”