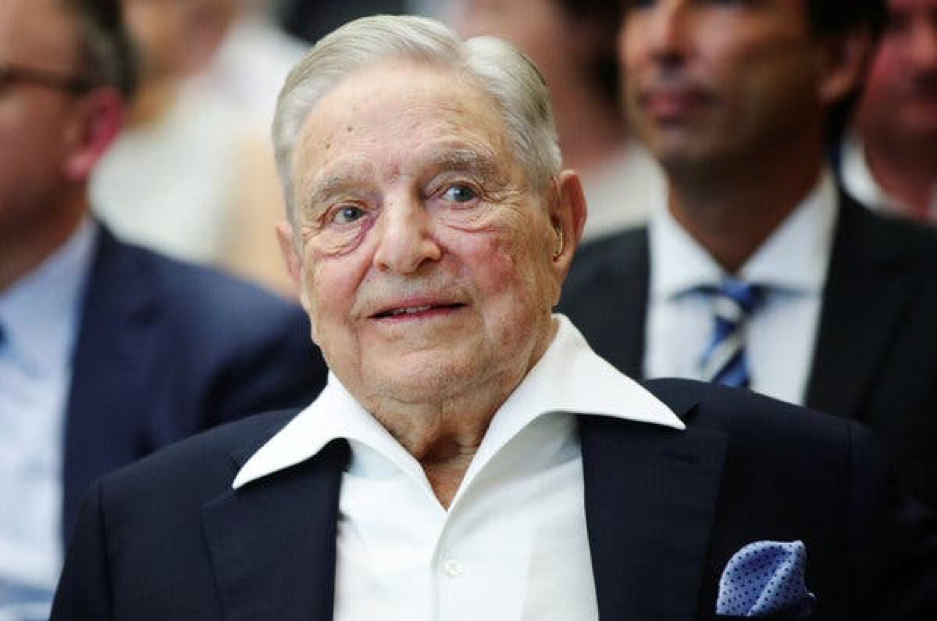 The billionaire philanthropist is directing $37 million of the funds to programs to help at-risk populations in New York City.

George Soros, the billionaire philanthropist and liberal financier, is directing more than $130 million through his foundation to combat the effects of the coronavirus, with $37 million aimed to help at-risk populations in New York City, including undocumented families and low-wage workers.

Mr. Soros’s organization, Open Society Foundations, is making two large grants to nonprofits linked to the government of New York City, which is the epicenter of the coronavirus outbreak in the United States, with more than 10,000 deaths because of the virus.

The first grant will provide $20 million to create an Immigrant Emergency Relief Program in partnership with the city to provide direct, one-time payments to up to 20,000 immigrant families who are excluded from the federal relief program, including undocumented people. Individuals will receive $400 and families will get $1,000.

The fund will be managed by the Mayor’s Fund to Advance New York City, a nonprofit, and the city’s Mayor’s Office of Immigrant Affairs.

“At this moment, we have to understand the human toll of this crisis and move some of our investment into direct humanitarian support,” Patrick Gaspard, the president of the Open Society Foundations, said in an interview.

The foundation is providing $15 million to the nonprofit New York City Fund for Public Schools to support its efforts, including remote learning initiatives and centers to care for the children of workers on the front lines of the crisis. Another $2 million in funding includes grants to help the homeless and efforts to reduce the prison population, where the virus has spread aggressively.

Mr. Gaspard described the $130 million as only an “initial investment” from the foundation.

About half of that total is earmarked for the United States, and half to other countries. The foundation is contributing $12 million to relief funds in Atlanta, Chicago, Los Angeles, Philadelphia and Washington.

The foundation is also giving $2 million to the Coronavirus Care Fund of the National Domestic Workers Alliance, which is supporting home-care workers whose jobs have vanished. Another $2.8 million is going to the foundation’s investment in a platform the alliance is using to help connect with gig workers who might otherwise fall through the cracks with service providers.

“The scale of this pandemic has laid bare the fault lines and injustices of our world,” Mr. Soros said in a statement. “We missed the opportunity to create a more just economy after the financial crisis of 2008 and provide a social safety net for the workers who are the heart of our societies.

“Today, we must change direction and ask ourselves: What kind of world will emerge from this catastrophe, and what can we do to make it a better one?”

Mr. Soros joins a number of philanthropists around the world who have begun donating to causes related to the coronavirus crisis. Jeff Bezos, the founder of Amazon, has said he will give $100 million to American food banks.

Jack Dorsey, the chief executive and co-founder of Twitter, has said he is setting aside $1 billion for charity; $7 million has been distributed so far for coronavirus-related causes.

The Bill and Melinda Gates Foundation increased its pledge to $250 million for a variety of causes, including the search for a coronavirus vaccine and aid for African and South Asian countries.

Some of the $130 million from Mr. Soros’s foundation is going to causes the billionaire has previously championed, including $9 million to fight “mandatory imprisonment and detention around the world,” citing the vulnerability of imprisoned populations to the disease.

Mr. Gaspard acknowledged that the latest donations dovetailed with the policies the foundation had long pursued. “There is a sharp focus we are going to place on systemic reform,” he said, such as the fight to reduce incarceration rates.

“Right now, certain regimes in the world are exploiting the coronavirus in a way that thwarts democracy and open expression,” Mr. Gaspard said, adding that funds would be used to combat such efforts.

Shane Goldmacher is a national political reporter and was previously the chief political correspondent for the Metro Desk. Before joining The Times, he worked at Politico, where he covered national Republican politics and the 2016 presidential campaign. @ShaneGoldmacher

Photo: George Soros said in a statement that the pandemic had “laid bare the fault lines and injustices of our world.”Credit: Lisi Niesner/Reuters