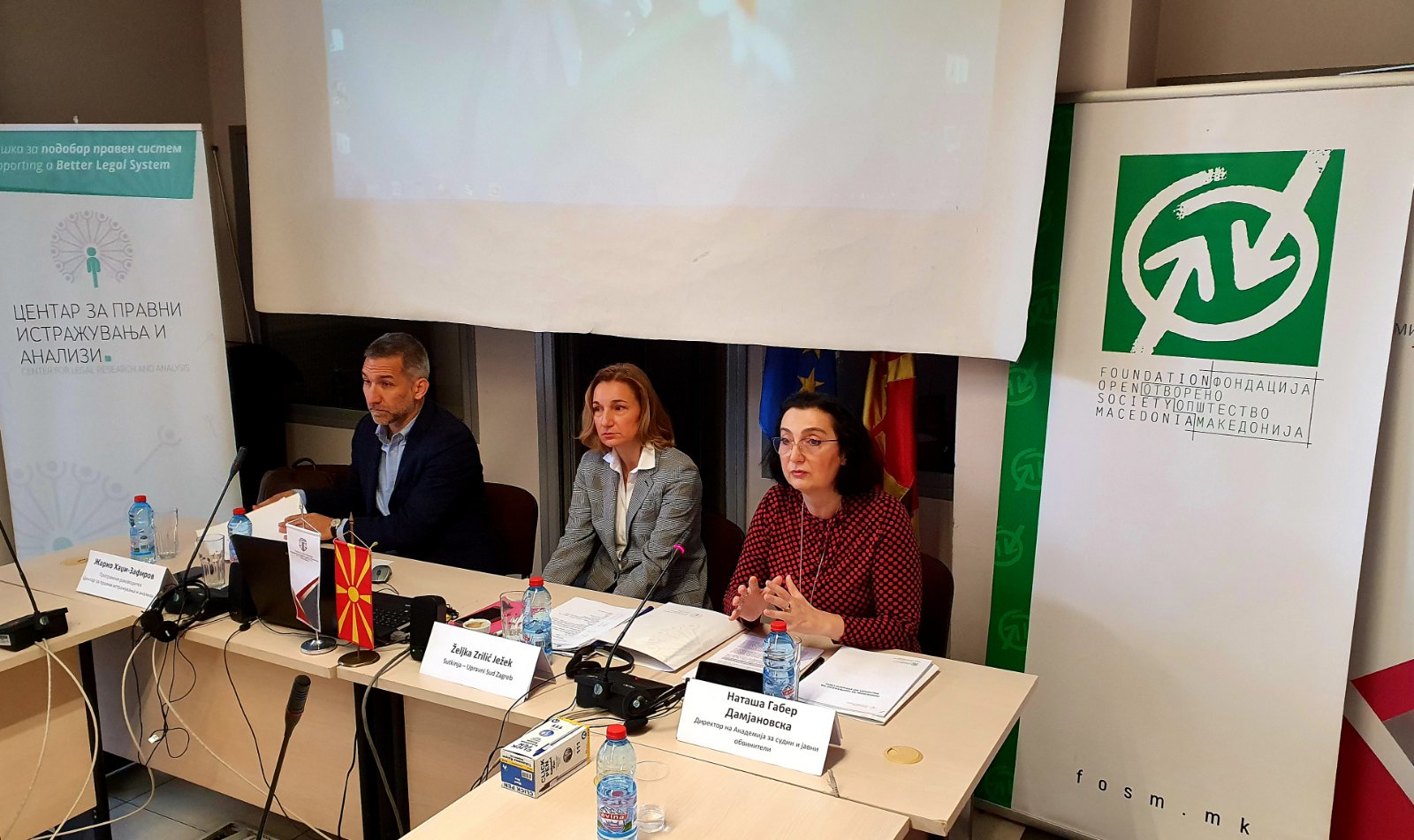 Training on holding a public hearing in an administrative dispute

On 10 and 11 March, the Academy for Judges and Public Prosecutors, a training on holding a public hearing in an administrative dispute was held attended by judges from the Administrative and Higher Administrative Courts.

The opening addresses on this training, which is the first of its kind in the country, were given by Natasha Gaber Damjanovska, Ph.D. and Director of the Academy for Judges and Public Prosecutors and also a member of the FOSM Board of Directors, and Zarko Hadzi-Zafirov, Program Manager at the Center for Legal Research and Analysis.

The training is organized within the framework of the project “Administrative Justice by European Standards” implemented by the Center for Legal Research and Analysis (CPIA) – Skopje, financially supported by the Foundation Open Society – Macedonia. The aim of the project is to improve the system of good governance in the Republic of North Macedonia by providing effective administrative justice based on European standards.

The project “Administrative Justice by European Standards” is one of the 15 CSO projects, fully supported by FOSM, for implementation of activities that will contribute to a better understanding of the accession process of the Republic of North Macedonia into the European Union.