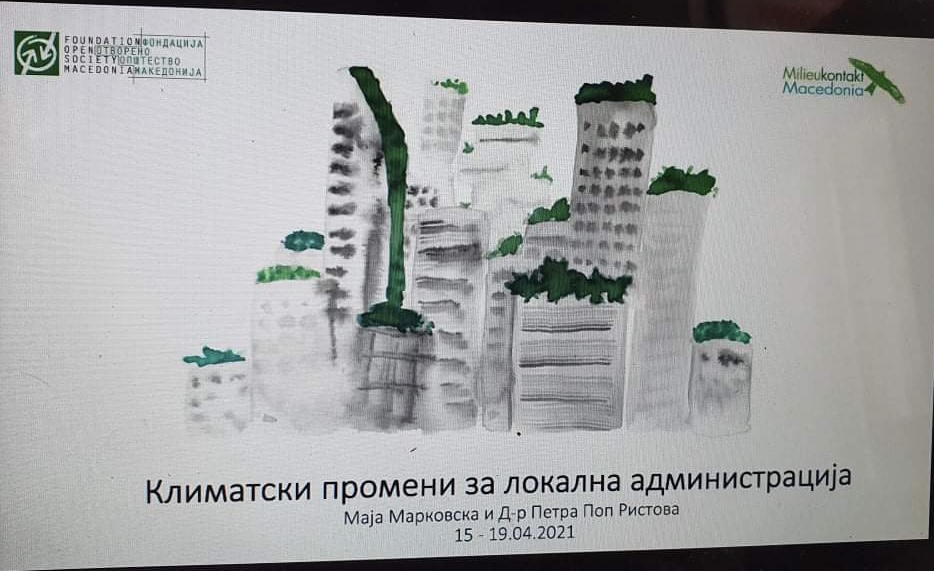 The purpose of the training was to offer additional information and to improve the knowledge of the representatives of the local public administration on climate change and the implementation of measures and policies at the local level. The trainers were Maja Markovska, Executive Director of ZOR Milieukontakt Macedonia and Dr Petra Pop Ristova, Aquatic Ecologist Microbiologist, project coordinator at ZOR Milieukontakt Macedonia.

The training started with an overview of international legislation related to climate change (UN Framework Convention on Climate Change and the Paris Agreement). Regarding the national legislation, the previous provisions and articles of the environmental law related to climate change, as well as the strategic documents were listed. Information was also shared on the drafting of the first framework law on climate action which is in its final stage and which will be available for comment by the affected public, as well as the draft version of the long-term climate action strategy 2020-2050, which is a more ambitious document in the field of climate change and environmental protection. 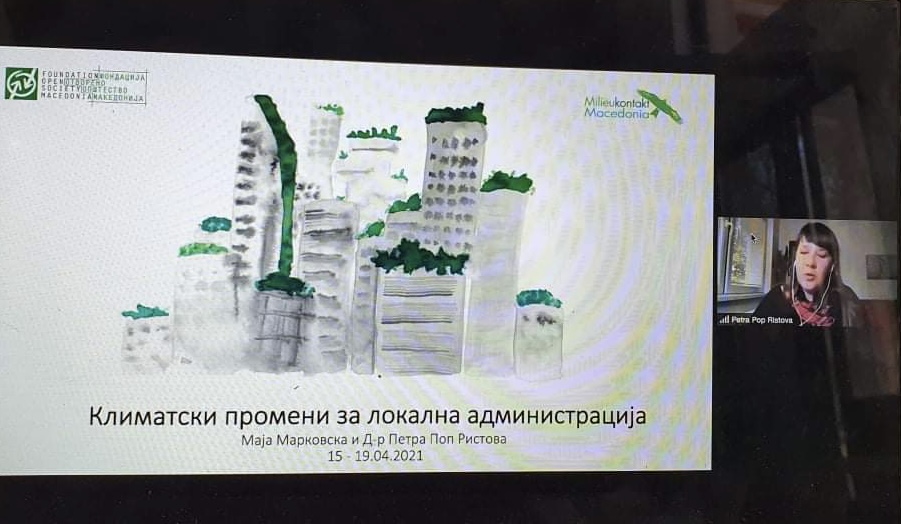 This was followed by a brief overview of the impacts and vulnerabilities of climate change on water, the environment, food and human health. The terms migration or climate change mitigation activities were also explained, shown by reducing greenhouse gas emissions and increasing carbon stocks and adaptation or activities to reduce climate change vulnerability. Mitigation measures and adaptation measures in the most vulnerable sectors were listed and explained. This was followed by a presentation of the project “Municipal Strategies for Climate Change”, which was funded by USAID and implemented by ZOR Milieukontakt Macedonia in the period 2012-2017, as well as the experiences and benefits for the municipalities that participated in it.

At the end of the training was presented the concept of Sustainable, green and climate-neutral cities, which are the cause, but at the same time can be a solution to climate change, given that cities can contribute to achieving 40% of the objectives of the Paris Climate Agreement.