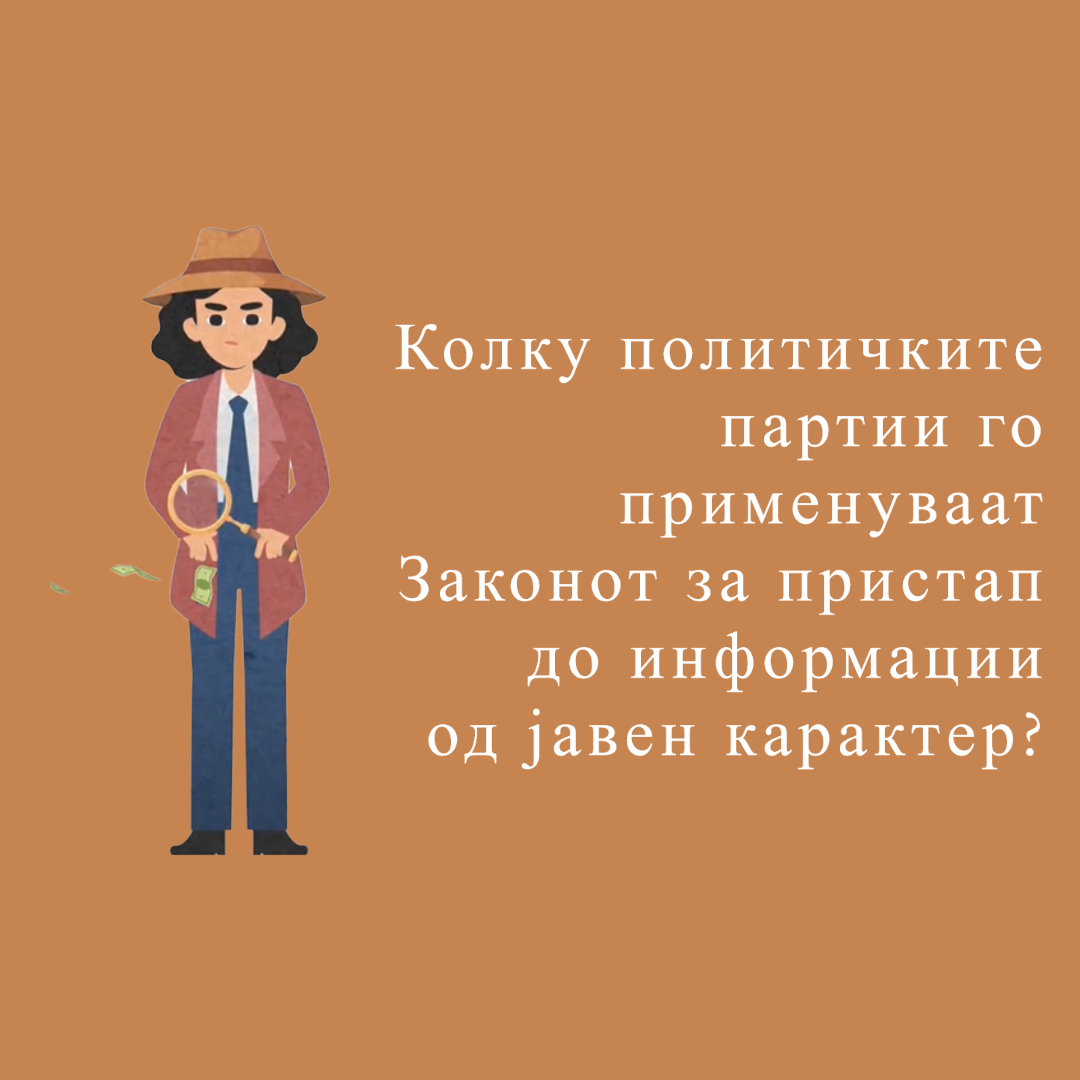 To what extent do political parties comply with legal obligations for financial transparency?

The purpose of this study is to check how the parties, as holders of public information in terms of their revenues and expenditures in accordance with the new Law on Free Access to Public Information from 2019, consistently perform legal obligations and transparently and accountably dispose of party finance. For that purpose, 19 requests for access to public information were sent to 28 political parties (or a total of 532 requests).

Based on the analysis, the relatively low turnout of requests submitted (54% responsiveness) is worrying, especially by the larger parliamentary parties, which in recent years have received significant funds from the state budget. From the answers received, several parties stand out as better aware of the legal obligations arising from the Law on Access to Public Information.

In terms of an essential access to information, parties are generally willing to share the information requested of them, as evidenced by the fact that only 17% of the submitted responses were incomplete.

Political parties largely have designated public access officers. However, instead of individual acts of appointment of a person, they submit a copy of the letter submitted to ASPI informing the Agency of the appointment of the person.

Citizens and journalists should hardly use the legal opportunity to submit requests for free access to information from political parties. Only one party received one question during 2020, which was also answered positively.

Regarding the restriction of access to information, one political party does not consider the information on the number of party members as public information.

Political parties largely follow the prescribed form for preparing the annual financial report. Most political parties submitted annual financial statements. Regarding the reporting obligations for the received donations, many of the parties did not receive donations and therefore report that they do not have reports and registers of donations. The smaller parties either do not have any at all or have significantly less property. No party has returned the money to the state, due to exceeding the legally prescribed maximum for donation.

The public policy document is available in Macedonian and Albanian.

This policy paper was prepared by the Foundation Open Society – Macedonia (FOSM) for the International Republican Institute (IRI) under the program “Promoting Financial Transparency of Political Parties in the Republic of North Macedonia” with financial support from the National Endowment for Democracy in the United States (USA).

“FOSM is responsible for the content and in no way reflects the positions of the International Republican Institute (IRI) and the National Endowment  for Democracy.”