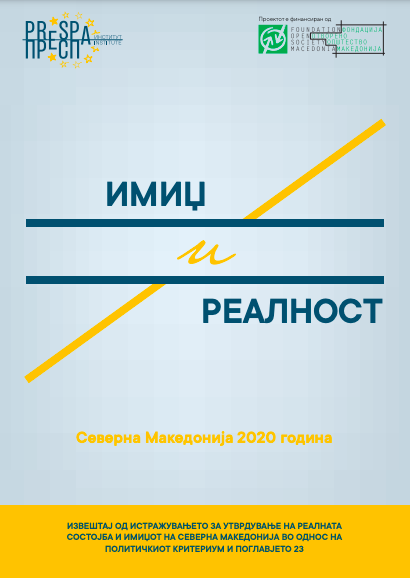 On 10 May 2021, a virtual event was held to present the research report on the image of North Macedonia in relation to the political criterion and Chapter 23-Judiciary and Fundamental Rights “Image and Reality – North Macedonia 2020”. The event was addressed by the Executive Director of the Foundation Open Society – Macedonia, Fani Karanfilova-Panovska and the Minister of Justice in the Government of the Republic of North Macedonia Bojan Maricic, and speakers at the event were the authors of the report. 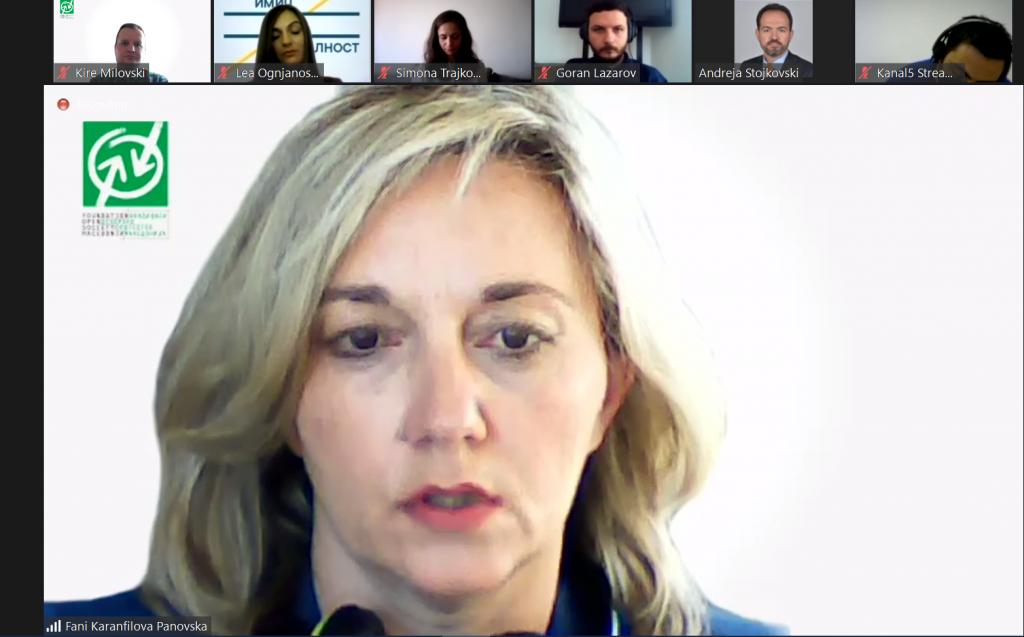 The research “Image of North Macedonia” is designed as an analysis of the normative framework for policies and processes regarding the political criterion and Chapter 23 – Judiciary and fundamental rights, as well as their proper application that contributes to the overall sustainability and further development of the country. In addition to the analysis of the normative framework and its application, in order to determine precisely the image of North Macedonia, the views and perceptions of the domestic professional public, as well as those of the professional public in the EU member states are monitored. 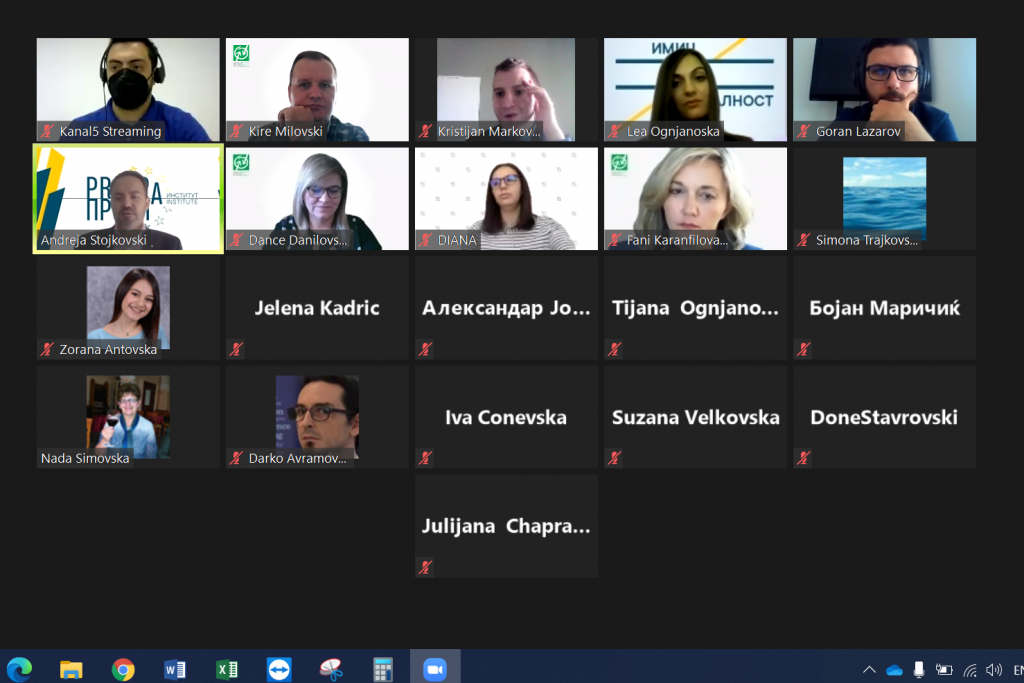 The research employs 25 indicators from the areas related to the political criterion and Chapter 23, grouped into two dimensions: quality of democracy and good governance, further broken down into six variables (electoral process, access to information and freedom of speech, civil rights and political freedoms, rule of law, executive capacity and executive responsibility). The evaluation for each of the indicators is done on a precise scale of scores from 1 (lowest) to 10 (highest), additionally structured in four clear categories, using a numerical expression for the evaluation, as well as a descriptive answer that supports and illustrates the given grade. Thereby, two authors participate in the evaluation (Leposava Ognjanoska, MA and Simona Trajkovska, MA) and coordinator-editor (Andreja Stojkovski, MA). The European Commission Report on North Macedonia, as well as other international reports for the period 2019-2020, are primarily used as a source of information and official assessment.

In the next phase of the research, interviews were conducted with representatives of the judiciary, judges and public prosecutors, as well as civil servants involved in key reform processes related to the political criterion and Chapter 23, as well as representatives of civil society and academia who shared their views and assessments for each of the identified indicators. The last phase of the research covered the establishment of the Image of North Macedonia in the member states of the European Union, through interviews with citizens of the European Union. For this pilot survey, Croatia was selected, and interviews were organized with a wide range of stakeholders, opinion makers, sector experts, and politicians.

Hence, the legal-institutional framework regarding the political criterion and Chapter 23 is largely in line with European standards, although in some areas, such as the election process and the financing of political parties, a comprehensive revision is needed. The pace of reform is very slow, but the country is recovering from systemic problems identified in a 2015 report by a group of senior experts, and there is a new climate and pressure to undertake key reforms.

The research was conducted within the project “EU Observatory” implemented with financial support from the Foundation Open Society – Macedonia.

The overall analysis can be found HERE.