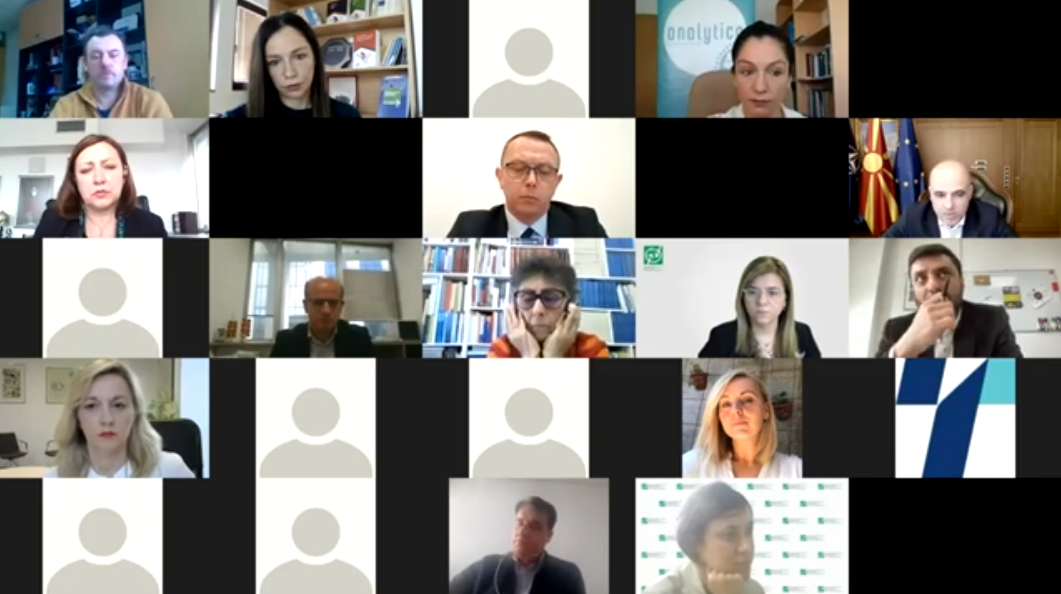 On February 9, 2022, the think-tank organization “Analytica” in cooperation with the Foundation Open Society – Macedonia held a public event where it presented the findings of the analysis of the four freedoms within the economic integration of the Western Balkans (free movement of goods, services, persons and capital) and the findings from the research “Perception of export-oriented companies in North Macedonia for the Open Balkans Initiative”.

Prime Minister Kovačevski, who addressed the event, emphasized that the “Open Balkans” initiative opens the possibility of erasing borders as administrative barriers and enables the realization of the four European freedoms for the movement of people, goods, services and capital. He expects, in addition to North Macedonia, Albania and Serbia, other countries to become part of the Open Balkans. He emphasized that in this way we connect the economies, we become more competitive and even more ready for further development. Kovačevski stressed that citizens in the countries will have direct economic benefits. The “Open Balkans” initiative is not an alternative to EU membership, but a complementary activity for the application of European values ​​at the regional level.

Fani Karanfilova-Panovska, Executive Director of the Foundation Open Society – Macedonia, with whose support the research was conducted, pointed out that when talking about the Open Balkans, it is primarily about overcoming economic and trade obstacles, but, as he stressed, generally of social barriers that slow down growth in general, and above all the growth of the economy in the region. She stressed that the implementation of the four freedoms and the establishment of a single regional market modeled on the EU single market has a huge potential to boost trade and exchange, boost and increase employment, increase and economize the use of resources in the region, but also to increase investment. In that way, not only will the life of all citizens in the region be facilitated, but also improved in the medium and long term, said Fani Karanfilova-Panovska. According to her, “Open Balkans” is an initiative for a better common future, which offers not only a higher standard of living for all, but also security and peace, and an initiative that will leave the misunderstandings of neighboring countries in the region.

Tamara Mijovikj Spasova from “Analytica” pointed out that according to the research findings, a very large percentage of companies believe that the “Open Balkans” initiative is of great importance to them because of the opportunities to improve the work and achieve greater growth of the company. A high 96.4% of the respondents said that this initiative would open new opportunities for their company, as opposed to only 3.6% who think the opposite.

Most of the companies believe that there are currently no obstacles to economic cooperation in the region. Nine out of ten respondents (89.3%) said that there are no obstacles to economic cooperation between the countries in the region while 10.7% mentioned specific problems and obstacles. Commonly mentioned obstacles are long border closures, extensive documentation and other administrative problems that slow down or complicate operations.

In terms of trade, most (70%) of companies trade with Serbia, 53.3% trade with Kosovo, 46.6% export to Albania, followed by Montenegro with 26.6% and Bosnia and Herzegovina 20%. This shows the potential for even greater trade cooperation between RN Macedonia and the countries in the region. From the other analyzes and questions, several important findings regarding the movement of people stand out. Spasova pointed out that according to the research, a high percentage of companies believe that the initiative will facilitate the movement of people as a whole (79.3%) or to a large extent (17.2%).

Bojana Mijovic Hristovska from “Analytica” believes that North Macedonia has made a significant contribution to the free movement of capital, especially in the area of ​​harmonization of domestic regulations with European Union legislation. With the additional liberalization of capital financial transactions, legal entities and individuals can invest in real estate and securities abroad. A new Law on Payment Services and Payment Systems has been drafted (this will expand the list of payment service providers and payment services, it will open the payment services market for new players, and especially for those in the fintech sector, which are expected to offer innovative payment solutions that will be faster, cheaper and easier to use). At the same time, a Register of Real Owners was established – with which was fulfilled one of the remarks of the European Commission noted in the Reports on N. Macedonia in previous years.

Such initiatives are good and useful for companies. However, Hristovska added that they could not reach their full potential because the Balkan countries still have unresolved bilateral disputes that also burden economic cooperation. 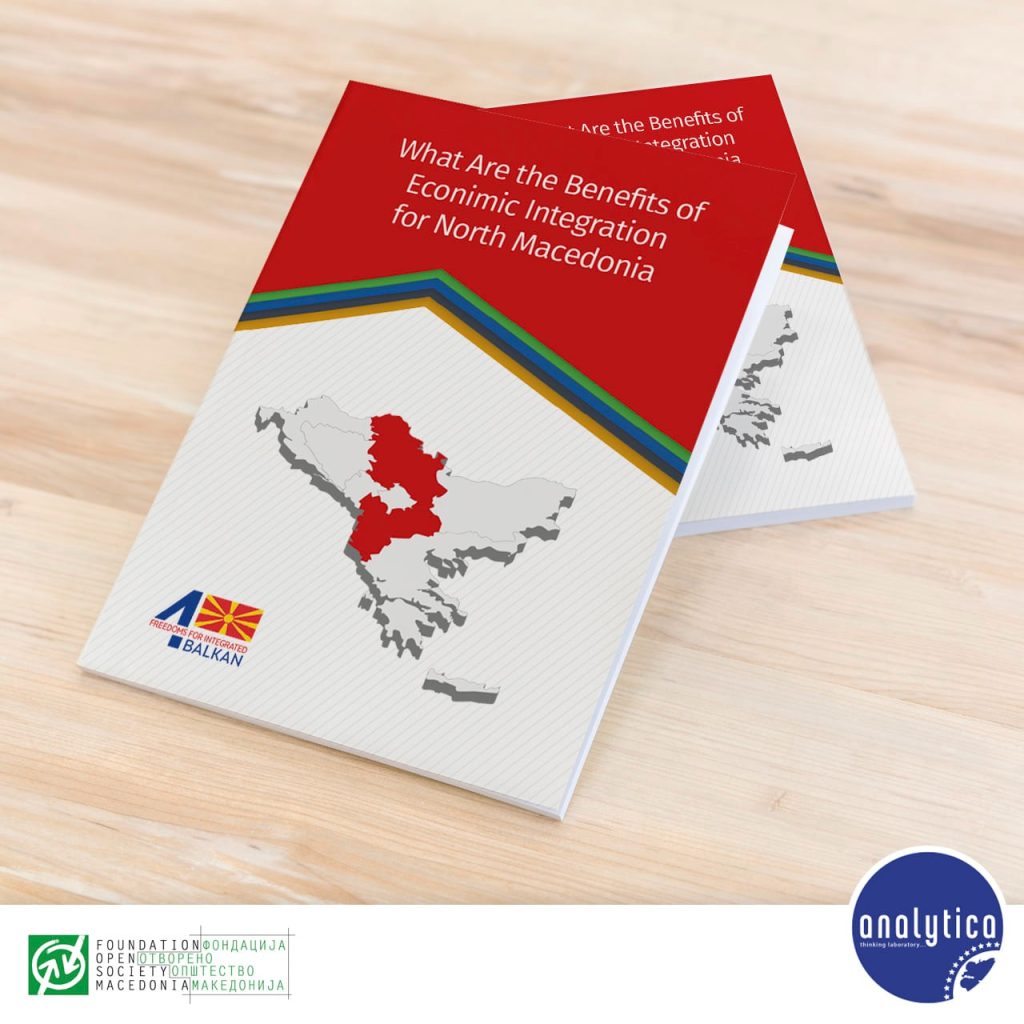 According to “Analytica”, the main challenges facing the Western Balkan countries in their commitment to the European perspective as their decisive strategic choice can be divided into several groups, as follows:

The analysis and research were conducted within the project “ECONOMIC INTEGRATION OF THE WESTERN BALKANS – mini-Schengen, regional economic cooperation and common regional market – mapping progress – opportunity to bring North Macedonia closer to the EU internal market”, supported by the Foundation Open Society – Macedonia.

Video from the debate: