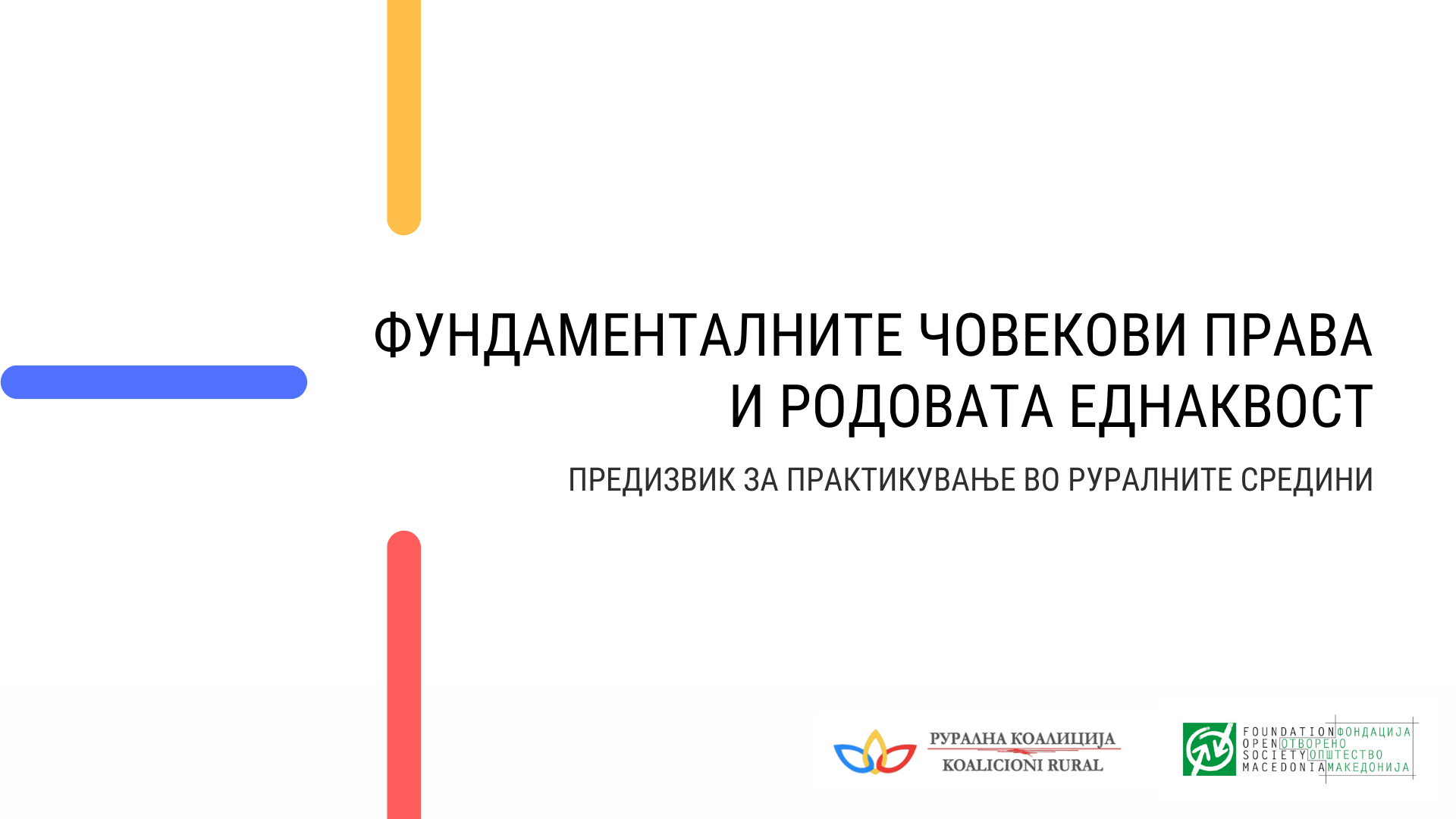 “Rural Coalition” is a coalition of 34 local associations, a recognizable partner of farmers, with the main commitment to improving the quality of life in rural areas, education, organization and joint action of farmers and the impact of policies at national and local levels, balanced regional development, promotion and strengthening of CSOs. They also have a wide range of activities, ranging from grass root activities to monitoring, monitoring national legal and EU regulations, creating public policy and impact documents. Gender equality, the inclusion of ethnic minorities and vulnerable categories of citizens are topics on which the Coalition also pays attention.

“Fundamental Human Rights and Gender Equality – a Challenge to Practice in Rural Areas” is a project implemented by the “Rural Coalition” that focuses on women from rural areas from the five planning regions (Pelagonija, Polog, Southwest, Northeast and Southeast) but also contribute to the EU accession process by promoting their own rights and gender equality in accordance with the reform processes of Chapter 23.

Agriculture and rural development is considered one of the most extensive chapters to which great attention will have to be paid when the negotiation process begins, but it is also a very sensitive chapter that will cover over 170,000 agricultural holdings. Recognizing that women in rural areas, especially those engaged in agriculture, do not have the same position and do not enjoy the same rights as fellow citizens in urban areas, nor do they understand EU integration processes on the same level, this chapter is de facto intertwined with horizontal topics such as fundamental human rights and gender equality.

Women farmers are more likely to be discriminated. One example is the inability to use maternity leave despite the fact that as registered farmers they pay contributions. An example of discrimination against rural women farmers is the case with the Rural Development Program, whose main goal is to be a transitional program for IPARD and EU funds. Namely, only women who live over 700 meters above sea level, who are married, have at least one child, etc., can receive support through this program, which immediately puts in an unfavourable position those who are not married, those who are a single parent or that have no children. What is also alarming is that rural women are not aware of their rights and therefore do not respond to such or similar discriminatory measures, which puts rural women in a really unenviable situation.

With the planned activities, such as research, comparative analysis, as well as information materials, the project will try to determine the real situation in rural areas with women’s economic and social rights and make a comparison with EU member states on the level of practice of gender equality as part of Chapter 23.

At the same time, recognizing the fact that in order to contribute to a certain process, it is crucial to know it well, the project will try to inform and strengthen the knowledge of rural women about the exercise of their rights and the promotion of gender equality in line with Chapter 23. Informed and with enhanced knowledge and capacities, women from rural areas will be ready to make an active contribution to the process of building positions and attitudes to promote gender equality in rural areas.

“Fundamental human rights and gender equality – a challenge to practice in rural areas” is one of 15 projects of civil society organizations fully supported by FOSM to implement activities that will contribute to a better understanding of the process of EU accession of the Republic of North Macedonia.