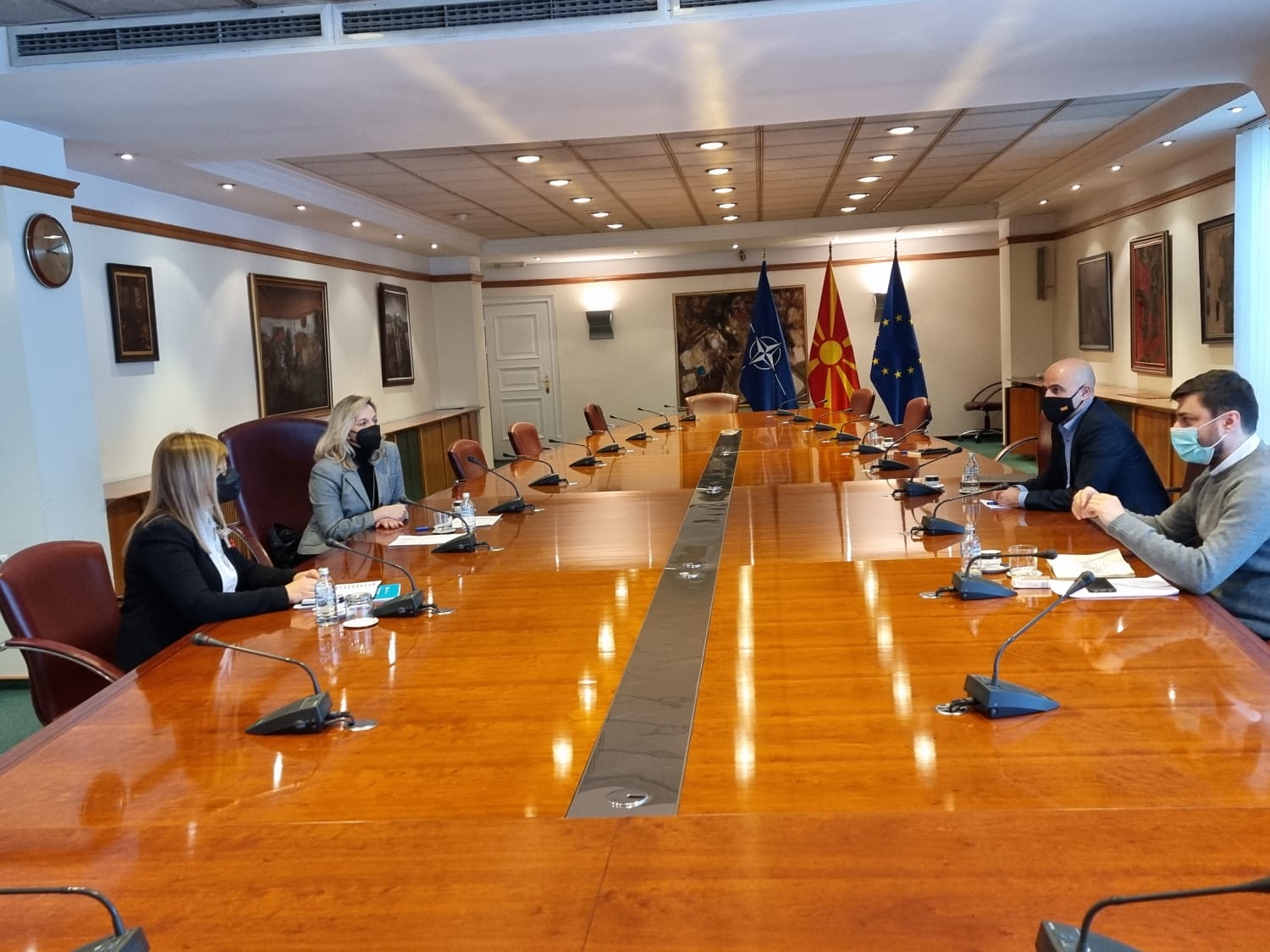 Executive Director of the Foundation Open Society – Macedonia held a meeting with the Prime Minister of the Government of the Republic of North Macedonia, Dimitar Kovachevski

Executive Director of the Foundation Open Society – Macedonia held a meeting with the Prime Minister of the Government of the Republic of North Macedonia, Dimitar Kovachevski. They discussed numerous challenges imposed by the health and the energy crisis, in order to protect personal and collective health and to promote the living standard of citizens. The Foundation of Open Society – Macedonia’s Executive Director underlined that it is of outmost importance for the Government, together with the civil society acting as its partner and constructive critic, to build a strong and united society characterized by the rule of law and human rights protection, and a society that ensures equal opportunities for all citizens.

Furthermore, she stressed that the Foundation is a long-standing partner to state institutions and the civil society, has been an active factor and has contributed to important social and reform processes, primarily led by its mission for internal integration of the society as precondition for Macedonia’s integration in the European Union. Having in mind the global and EU priorities of the Open Society Foundations, and for the purpose of contributing to democratic and economic development, the rule of law, equity and equality, and freedom of critical thought, the Foundation remains, as she said, dedicated to the country’s EU integration processes and support for the Open Balkan Initiative, promotion of the concept “One Society for All”, commitments for climate justice and green transition, anticorruption, and promotion of economic and social justice. She also shared that, in the upcoming period, the Foundation remains dedicated to preservation of the open society principles and will continue to support processes to advance the enabling environment for civil society development and operation, while advocating for establishment of sustainable system of state funding for the civil society.

At the end, the Foundation’s Executive Director and the Prime Minister discussed the priorities for exercise of economic justice through implementation of systemic transformation that will guarantee balancing of individual and collective interests, underlying the central role of public institutions and policies in respect to economy regulations and management of public goods to the benefit of the entire society, not to the benefit of personal gains by handful of people. In this context, the Open Society Foundations’ vision is directed toward a future in which the economy serves the purpose of promoting people’s wellbeing by supporting economic systems and policies that build equitable, sustainable and democratic societies.