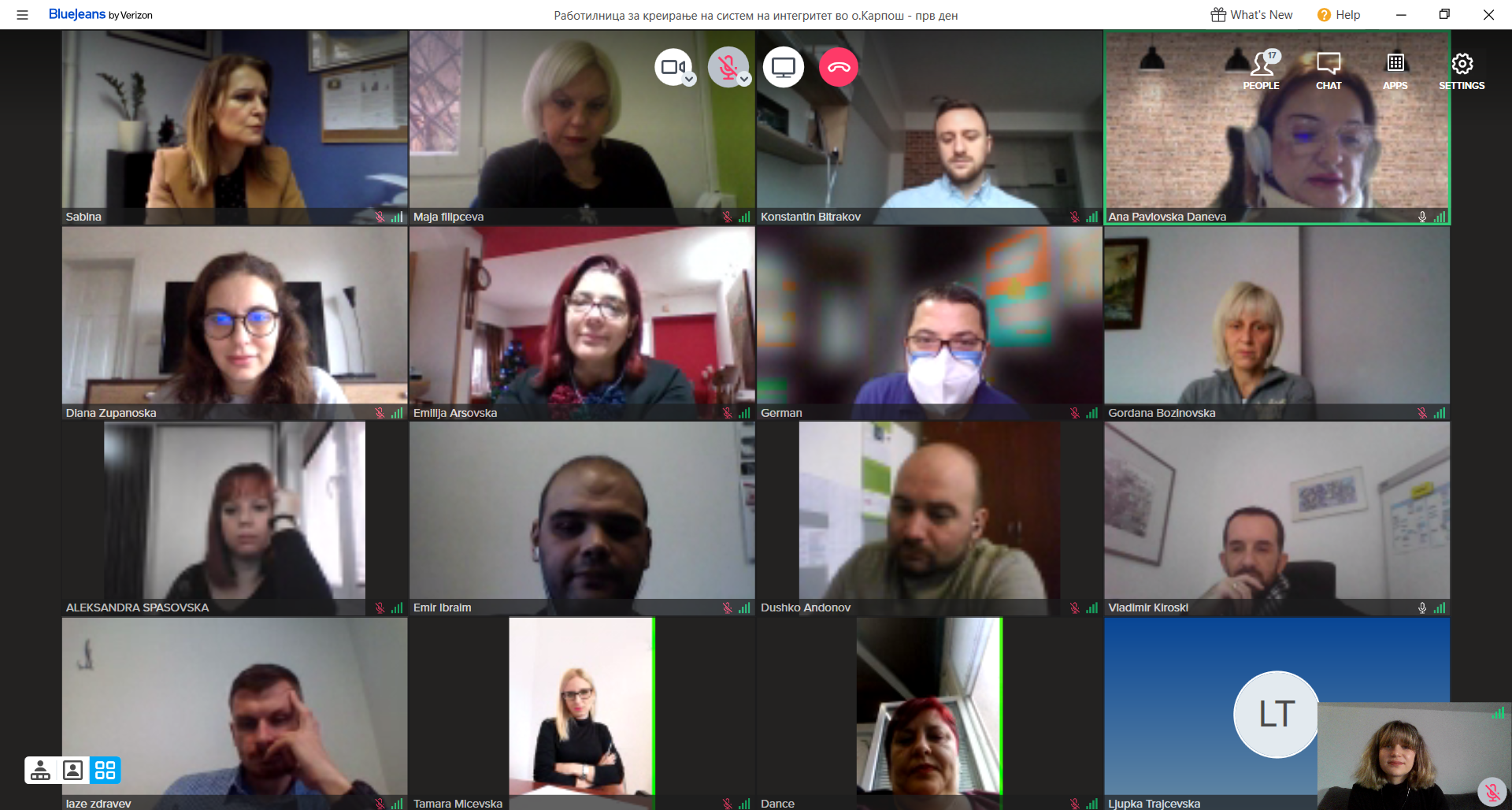 During December 2020, the Foundation Open Society – Macedonia (FOSM) conducted five workshops with representatives of the municipalities of Želino, Karpoš, Dojran, Prilep and Ohrid, in order to prepare integrity systems for each municipality individually. The purpose of the workshops was to analyze the degree of probability of occurrence of certain risks of corruption and conflict of interest, their prioritization and development of proposed measures to deal with these risks in each of the target municipalities. The workshops were led by an expert team composed of: Ana Pavlovska-Daneva, PhD, Professor at the Department of Administrative Law at the Faculty of Law in Skopje, Konstantin Bitrakov, M.Sc., an assistant at the same department and researcher at the Macedonian Academy of Sciences and Arts, Sabina Fakic, M.Sc., Program Director of the Center for Civil Communications and German Filkov, PhD, President of the Center for Civil Communications. The risk assessments were preceded by a several-month process of gathering information, including conducting interviews with mayors, municipal secretaries or chiefs of staff; conducting a questionnaire between administrative officials in the municipalities; conducting a public opinion poll of the citizens of the five municipalities regarding their views, experiences and perceptions of corruption and conflict of interest at the local level; as well as analysis of legal acts and strategic documents of the municipality. These workshops are part of the project “Strengthened Integrity Systems for Combating Corruption at the Local Level”, implemented by the Foundation Open Society – Macedonia, within USAID’s Civic Engagement Project.