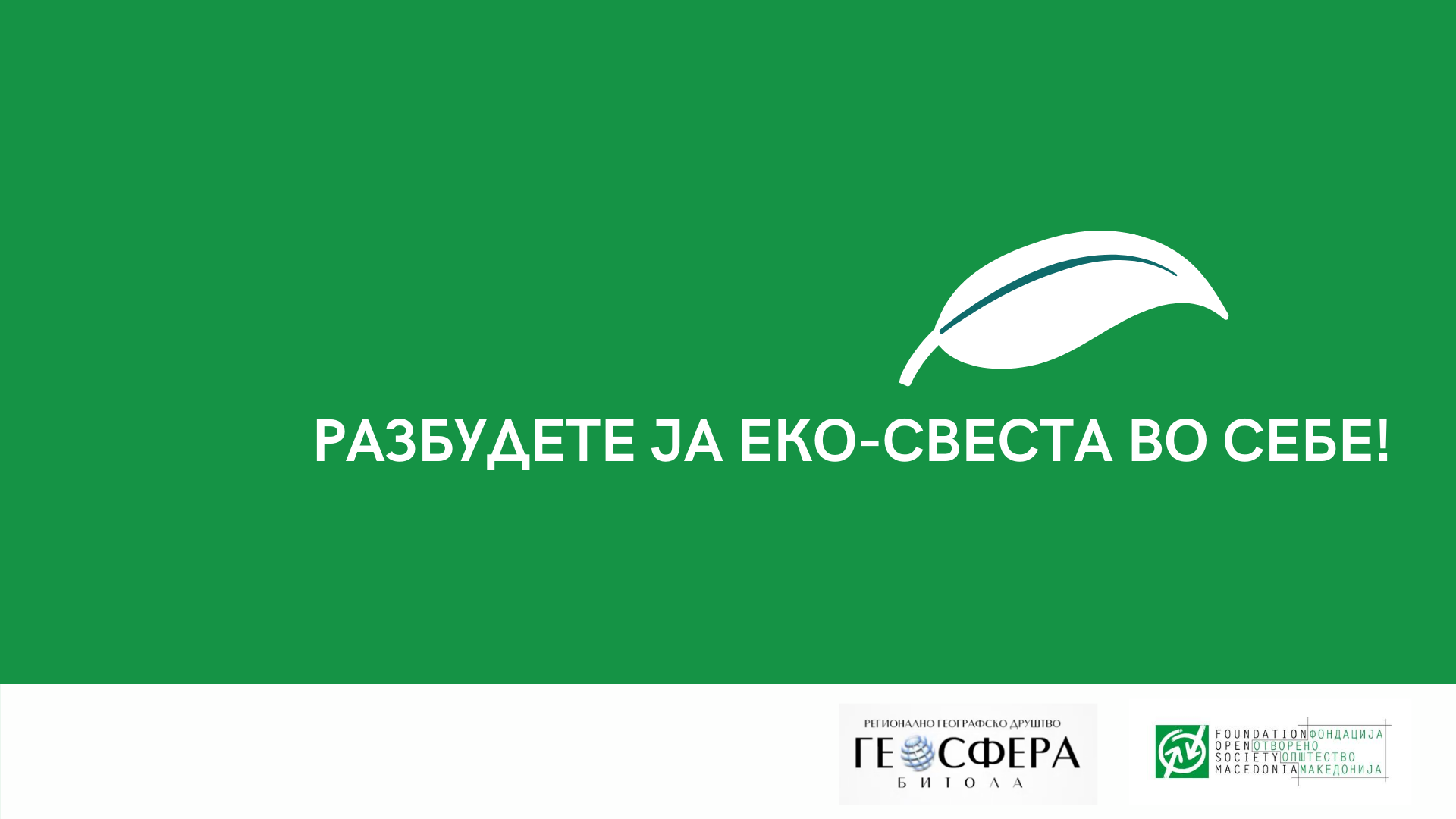 Awaken the ECO-CONSCIOUSNESS within YOU!

The regional geographical society GEOSPHERE – Bitola is an organization that actively deals with improving the working conditions and environment of all citizens in the region of Bitola, but also with improving the quality of the educational process, especially through the subject of geography.

The main focus of the organization is Bitola which is constantly infamous as a city with environmental problems, especially air pollution. But in recent years, a huge problem the city is facing is waste and the formation of illegal landfills. Landfills are regularly set on fire, both in the containers and in the city landfill, which is a direct cause of air pollution. Unconscious burning of cables for sale of copper wires also plays a big role in the air pollution in Bitola. The low awareness of the problem among the citizens proves to be one of the reasons for the growing problem with the waste in Bitola.

The project “Awaken the ECO-CONSCIOUSNESS within YOU!” in an authentic and interactive way approaches the solution of current problems with the municipal waste throughout the city of Bitola. Using modern tools (such as GPS mapping, interactive maps in Google Maps, online surveys, photography, digital maps, etc.) highlights the problem at a higher level, and will try to raise awareness among citizens, especially young people, for the negative consequences of waste. This project aims to increase the eco-awareness of the Roma population in the settlement of Bair, who will be convinced of the harmful consequences of the constant burning of cables for obtaining copper wires, and at the same time, will see the benefits of using tools for stripping the wires by receiving higher financial income from the sold copper wire.

Through project activities such as conducting research and mapping of landfills, landfills and public green spaces, the project will try to encourage municipal institutions to act proactively to preserve the environment, which will increase their contribution to solving this acute problem.

Geosphere Bitola within the project ” Awaken the ECO-CONSCIOUSNESS within YOU!” made a video that addresses the problems of Roma in Goren Bair, related to poor living conditions near the landfill and without access to drinking water, but also the problems arising from the existence of the landfill itself.

You can watch the video here:

For more information on the work of GEOSPHERE – Bitola as well as the activities of the project, follow them on their website.