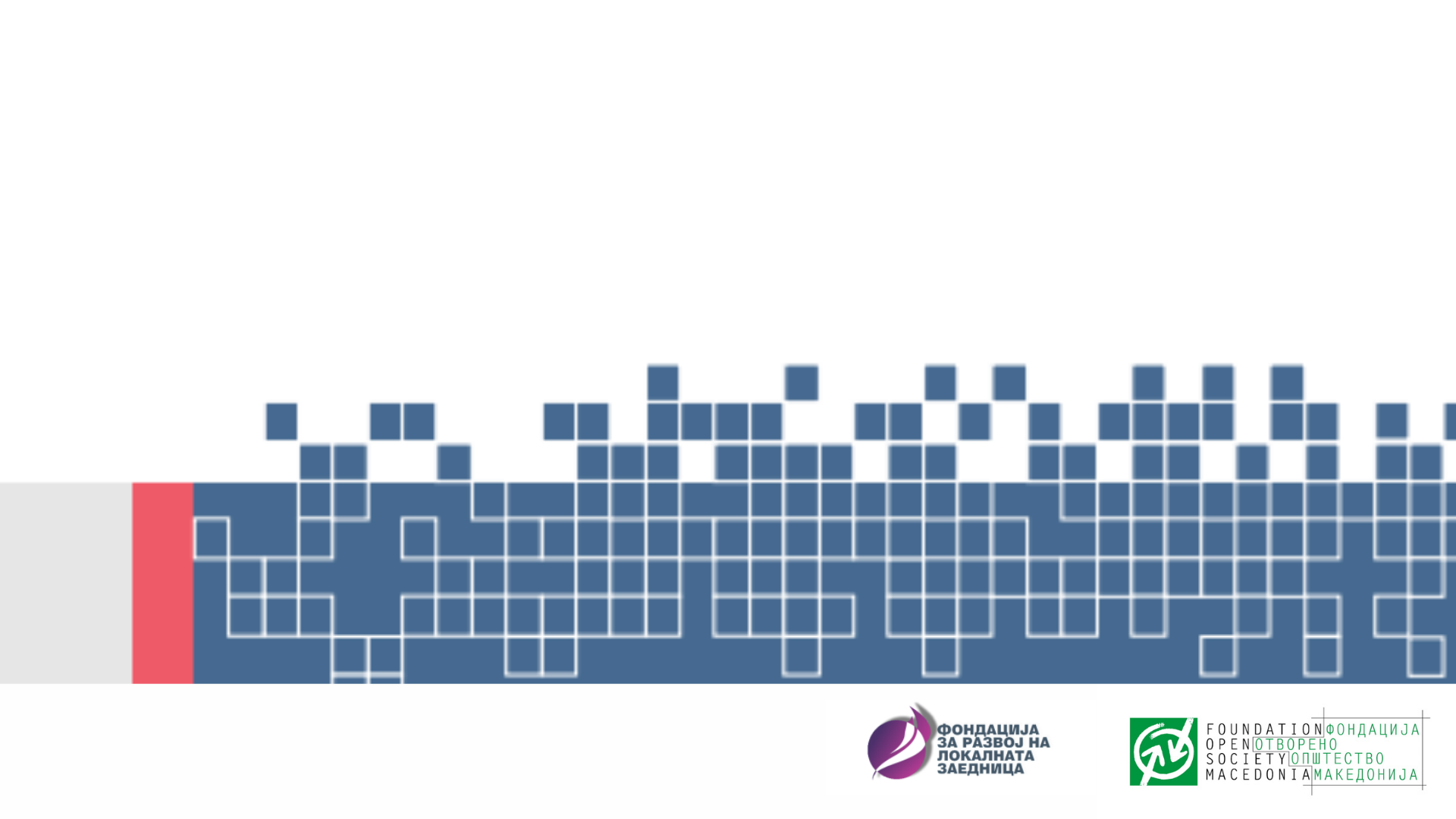 As part of the project “Civic Objective 2.0”, supported by the Foundation Open Society – Macedonia, the Foundation for development of the local community Štip made an analysis of the conditions of spending public funds from the budget of Municipality of Štip for the period 1 April 2020 to 30 June 2020.

With this analysis, the expenditures of the municipality are closer to the citizens in a language that is understandable to them, in order for them to have insight into how much of the funds are spent and for what purpose, i.e. how much is spent on salaries, maintenance, investments, etc. Guided by the need to raise the awareness among citizens for the responsibility for the payment of the public taxes, the Foundation for development of the local community Štip through the analysis gives an overview of the collected funds by the municipality, on all bases.

See below some of the findings of the analysis, and read the entire analysis HERE.