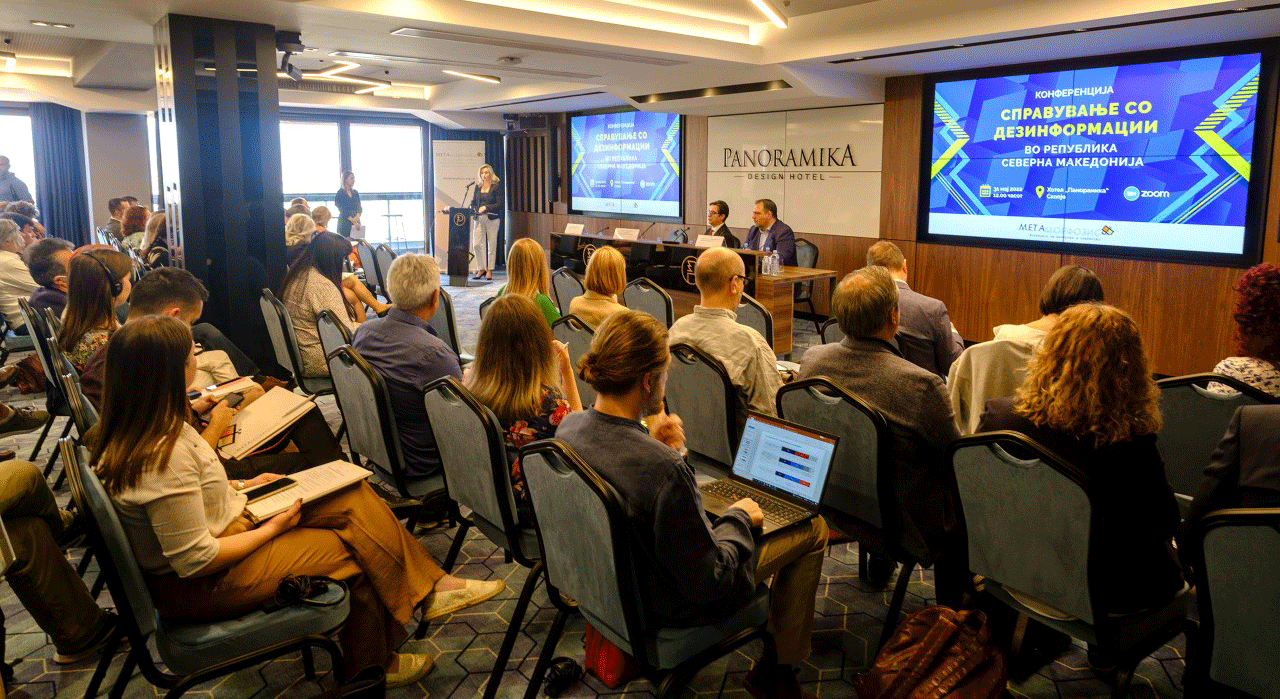 On May 31, 2022, the Conference “Dealing with Disinformation in the Republic of North Macedonia” was organized by the Foundation for Internet and Society Metamorphosis and within the project for combating the harmful effects of disinformation, supported by the DT Institute from Washington, conducted together with Open Society Foundation – Macedonia.

The conference was dedicated to building a multi-sectoral approach to tackling the problem of disseminating and tackling disinformation through the joint engagement of state institutions, independent media, civil society organizations, academia and the private sector. The event provided a platform for discussion of stakeholders working to develop democracy by combating disinformation and promoting freedom of expression, enabling them to network and share experiences. The results of current research on the situation were presented and discussed in order to better understand the context, and also the recommendations were presented for further steps of various social actors in order to jointly counter the harmful effects directed against the development of democracy and integration processes. 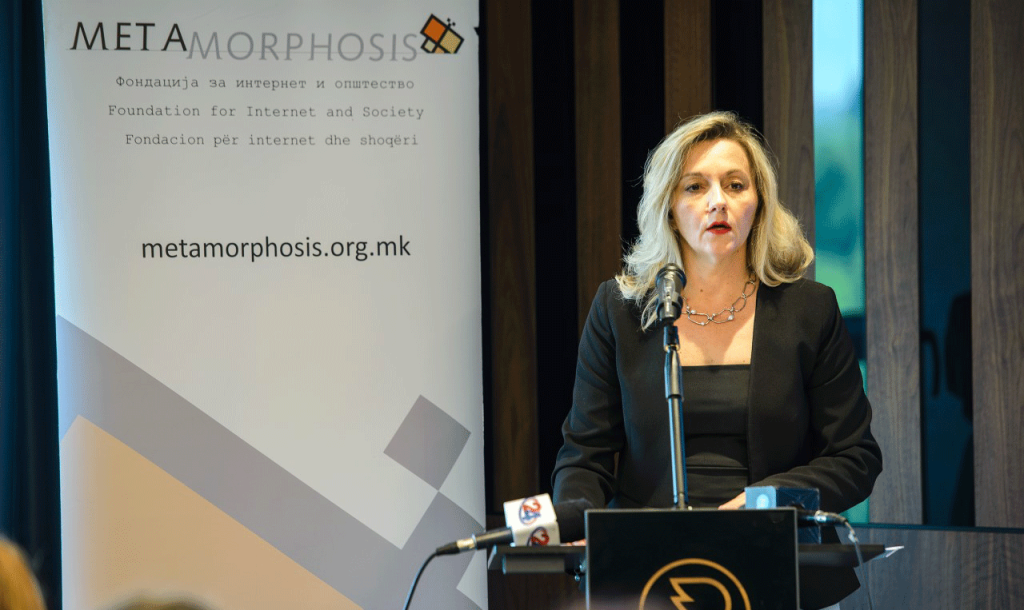 As pointed out by the various reports of renowned international institutions on this topic – in all these instances, although foreign actors appear – mainly Russia, but also China, Turkey and other countries in the region – most of the disinformation in the Western Balkans is produced and distributed by domestic actors and for domestic purposes. Even when external actors are involved, their efforts tend to upgrade, intensify and, in some cases, manipulate the activities of domestic players, including social and religious groups, the media, political parties and business interests.

It is obvious that disinformation (and wider information distortion) is more a symptom of social and political disorders than a cause.

Part of the information disturbance is certainly caused by technological development, as modern society notices tectonic changes in the way we communicate.

However, disinformation is most virulently advancing in environments already shaken by internal conflicts and where social and public trust struggle to bridge political, regional, ethnic, religious, or other divisions.

What all the analyzes say, and what will not change in the medium at least, if not in the long run, is that:

(1) Russia’s geostrategic policy – and, to a much lesser extent, that of China – will continue to focus on the Western Balkans as a critical point in blocking EU and NATO enlargement. Disinformation has been and probably will remain a key tool in these efforts;

(2) The transatlantic gap opened by the Trump administration has created opportunities that have not yet been overcome for Moscow, Beijing and Ankara, as well as domestic actors, to use disinformation to undermine European and Euro-Atlantic influence;

(3) The COVID-19 Pandemic and its aftermath have further undermined public confidence in governments as well as their actual performance. This, in turn, increases the root causes of disinformation, namely the overthrow of governance and social cohesion; and

(4) The prospect of non-enlargement of the EU reduces the pressure on governments in the region to improve the quality of governance and adhere to democratic practice and removes a powerful lever for civil society to seek political accountability. In addition to reinforcing the disinformation factors, this creates more opportunities for geopolitical competitors in Europe. 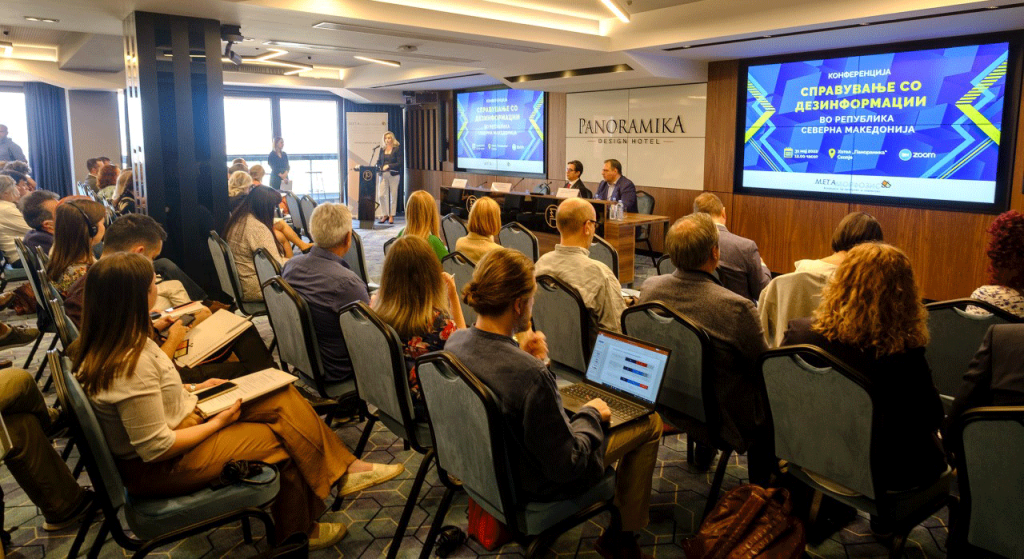 In that context, what is the one thing we can do? All actors have an equally important and responsible role in the fight to deal with the harmful effects of disinformation, especially the institutions of the system, the media and journalists, political parties and civil society. Institutions should provide an appropriate legal framework, institutional infrastructure and mechanisms to guarantee the prevention and sanctioning of the dissemination of disinformation. Democracy, freedoms and good governance must not be jeopardized. The media and journalists have an obligation and responsibility to implement editorial policies and a way of reporting that will ensure that the information that goes public is accurate and verified and based on analysis and evidence. Political parties have an obligation to all citizens but above all to their voters and supporters in battles with their political opponents not to distort the truth, although it does not always work in their favor, because all political parties should by definition serve the public interest. CSOs have an obligation to work with citizens to increase awareness and understanding of the harmfulness of disinformation, to help more citizens become immune to misinformation, i.e. to develop skills with which to recognize and reject them. CSOs can and should develop innovative methodologies and technologies that will detect disinformation and track the ways and background for their breakthrough in public space.”