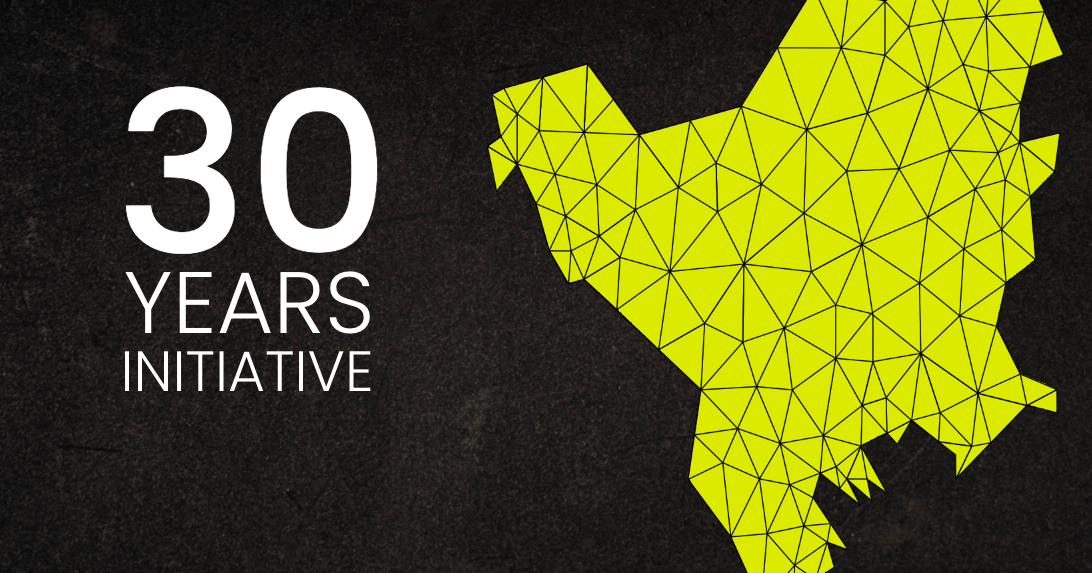 30 years dedication to the Open Society in North Macedonia

On 18 May 2021, an event was held to mark the 30th anniversary of the existence and work of the Open Society Foundations (FOS) in the Balkans, which specifically addressed the presence and activities of FOS in North Macedonia, and is part of the events within on the occasion of the 30th anniversary. 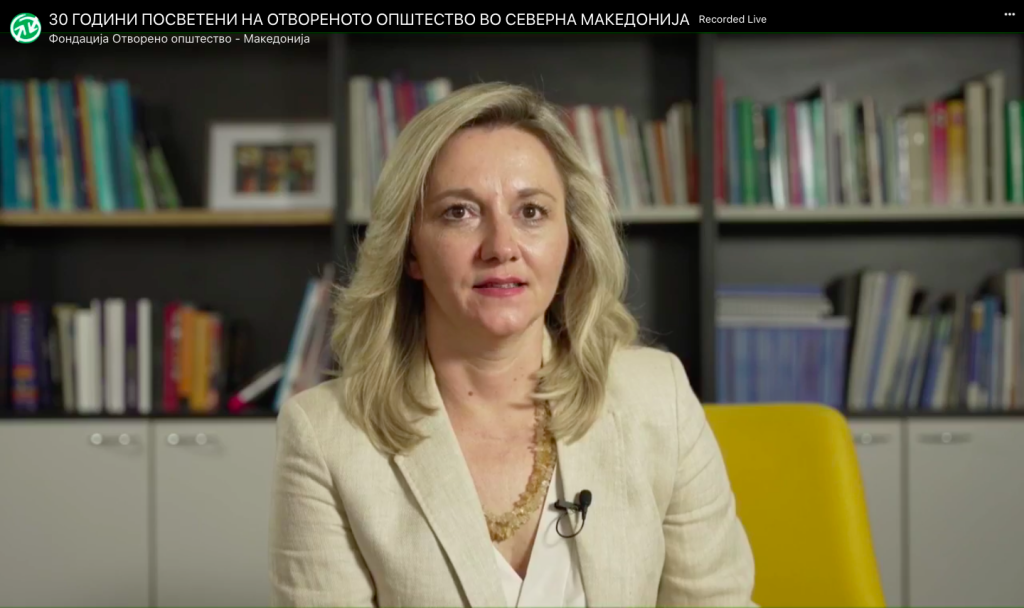 The celebration of the 30th anniversary is a three-decade perspective (1991–2021) of the existence and work of the Open Society Foundations (FOS) in the Balkans. It examines the unique efforts of philanthropist George Soros, his ideas and philosophy of an open society that have survived the turbulent times of the region’s recent history, and how the idea, instilled in the region three decades ago, is still a major driver of the freedom struggle. of expression, openness to societies and to societies that promote justice and equality. 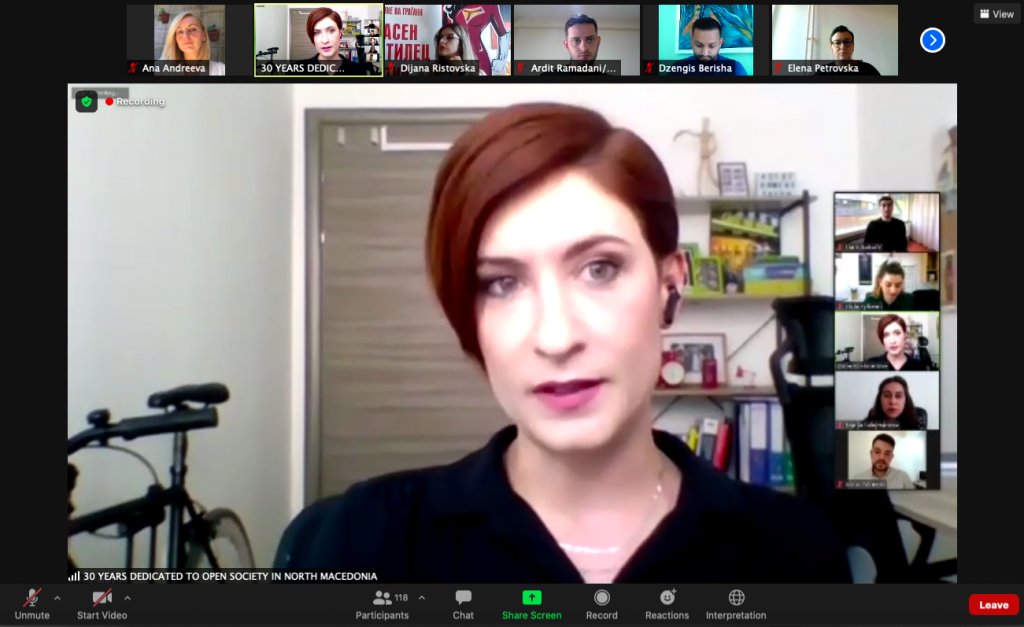 From 22 April to 17 June 2021, the celebration of the 30th anniversary travels virtually through the Balkans – from one capital to another as part of this unique tour de table virtual momentum tour, and on 18 May it arrived in Skopje , North Macedonia and visited the Foundation Open Society Macedonia.

The Open Society Foundation – Macedonia (FOSM) was founded in 1992, one year after the declaration of independence of the country, and has since been committed to promoting the values ​​of an open society. During the three decades of turmoil and crises that the country is going through, FOSM provides constant support for North Macedonia and its citizens and thus contributes to the development of the whole society. The Foundation promotes the rule of law and good governance, the fight against corruption, the development of civil society, freedom of expression and the media, human rights, youth engagement, Roma integration, health rights and education of the marginalized, and thus contributes to creating a fairer society for all. 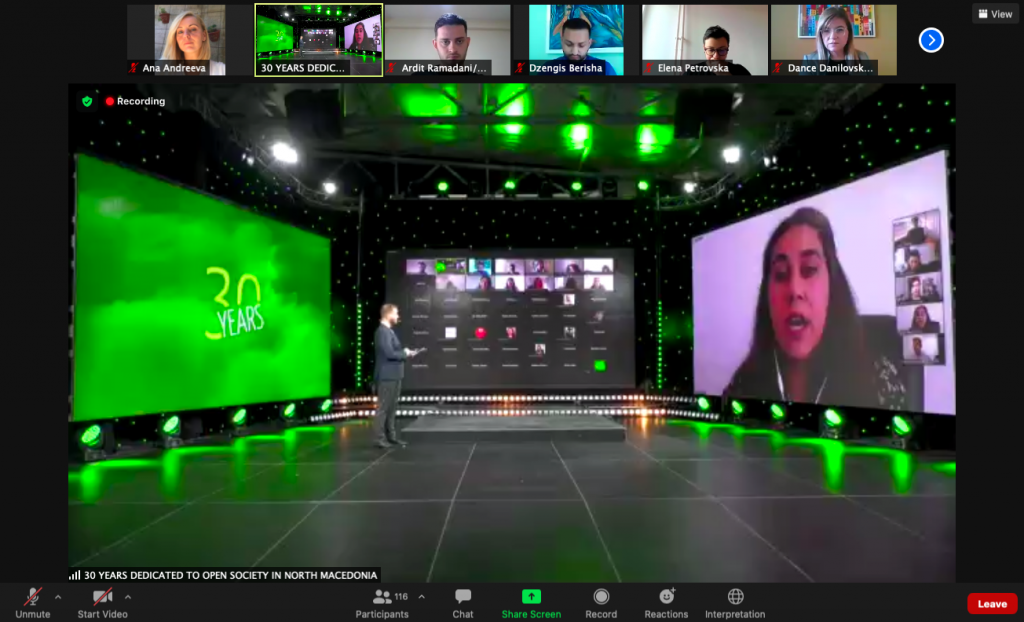 The event first screened the short documentary “30 YEARS DEDICATED” which referred to the past work of the Foundation Open Society – Macedonia. The documentary contains many intertwined stories told by people who witnessed and participated in key events in the country since the founding of the Foundation Open Society – Macedonia, until today. The stories took us on an emotional journey through all the challenges, crises, solutions and successes, but also personal destinies that formed the Foundation as a driver of change for the better.

You can watch the short documentary here:

After the documentary, we followed the debate “Post-COVID-19 reality: What is the path to a more just society?”, which gave us a glimpse into the future. Proven young people shared their views on the future of North Macedonia and offered different perspectives on possible sustainable strategies for qualitative transformation towards a better and more just society. 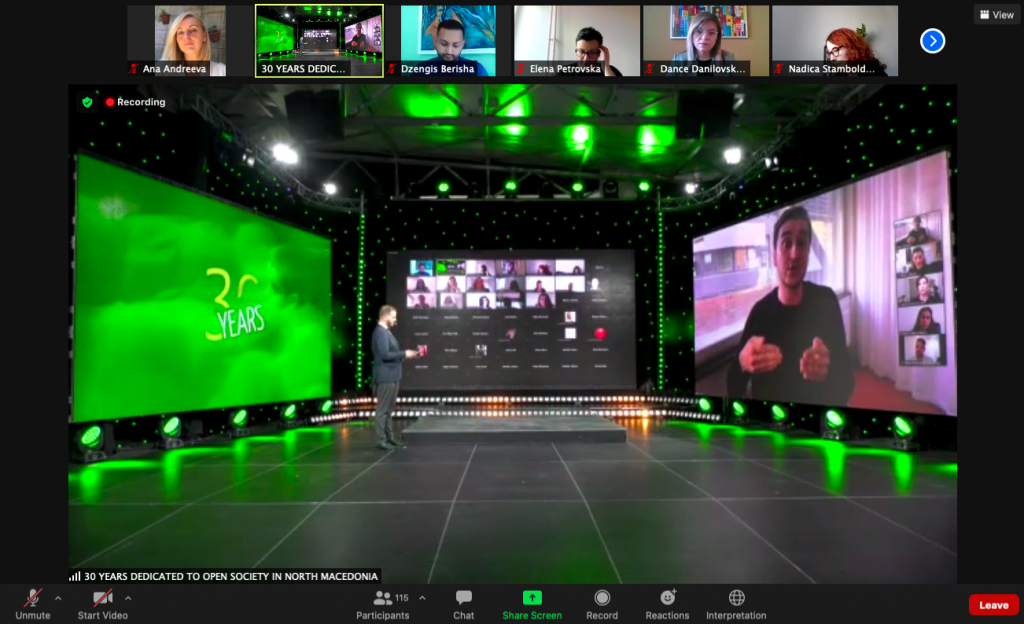 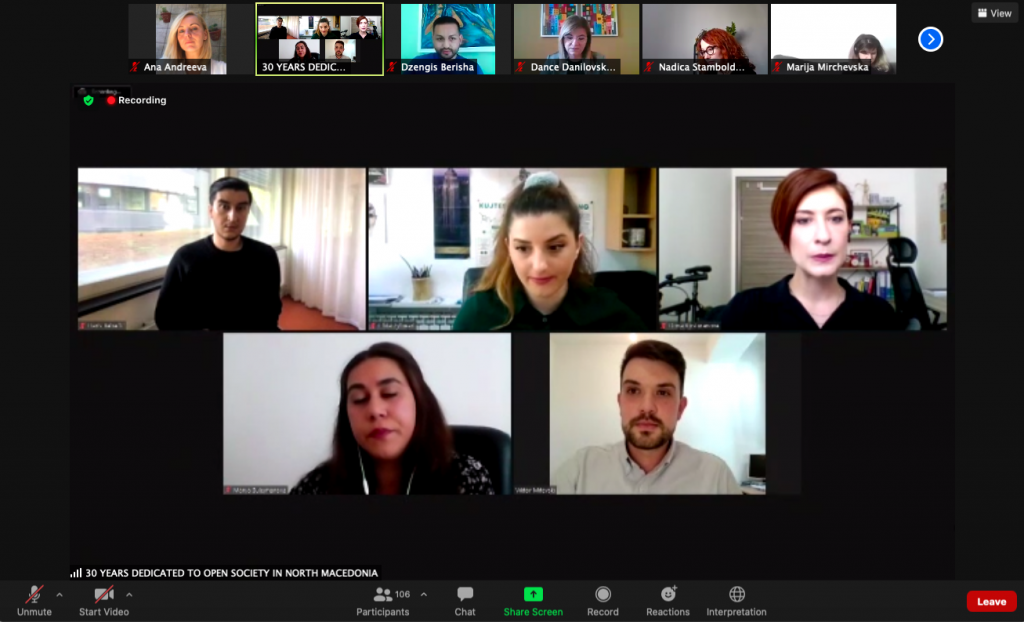 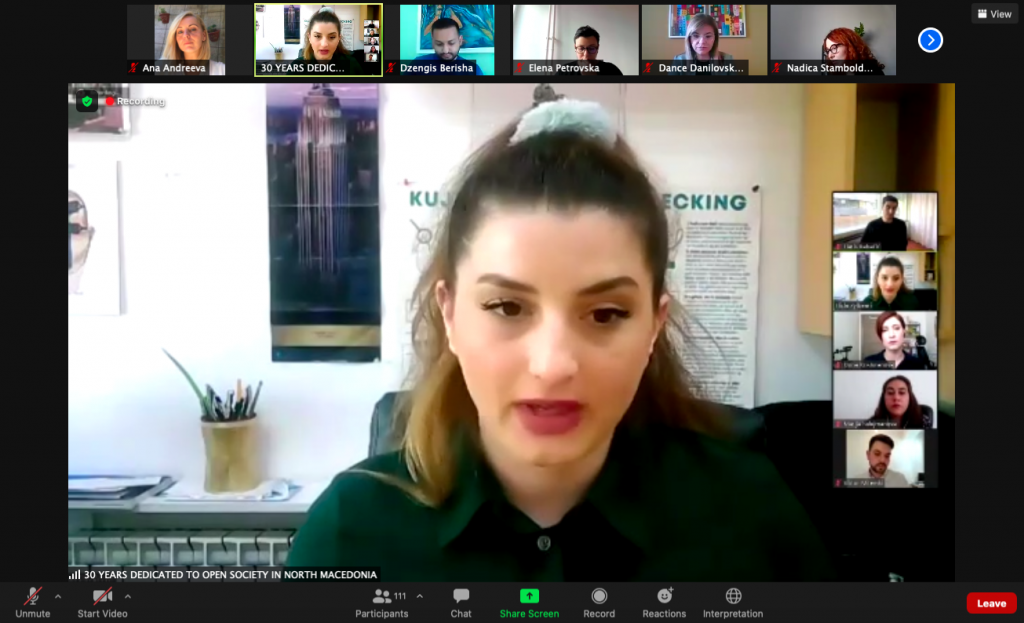 Panelists in the debate were: Dona Kosturanova, Program Manager, Westminster Foundation for Democracy; Marija Sulejmanova, Program Manager, Romalitico Institute for Policy Research and Analysis; Haris Babacic, Master of Epidemiology and PhD student at the Karolinska Institutet in Stockholm, Sweden; Elida Zulbeari, journalist, editor-in-chief of Portalb.mk; and Viktor Mitevski, President of the Association for Research and Analysis ZMAI, and the debate was moderated by Ognen Janeski, a journalist. 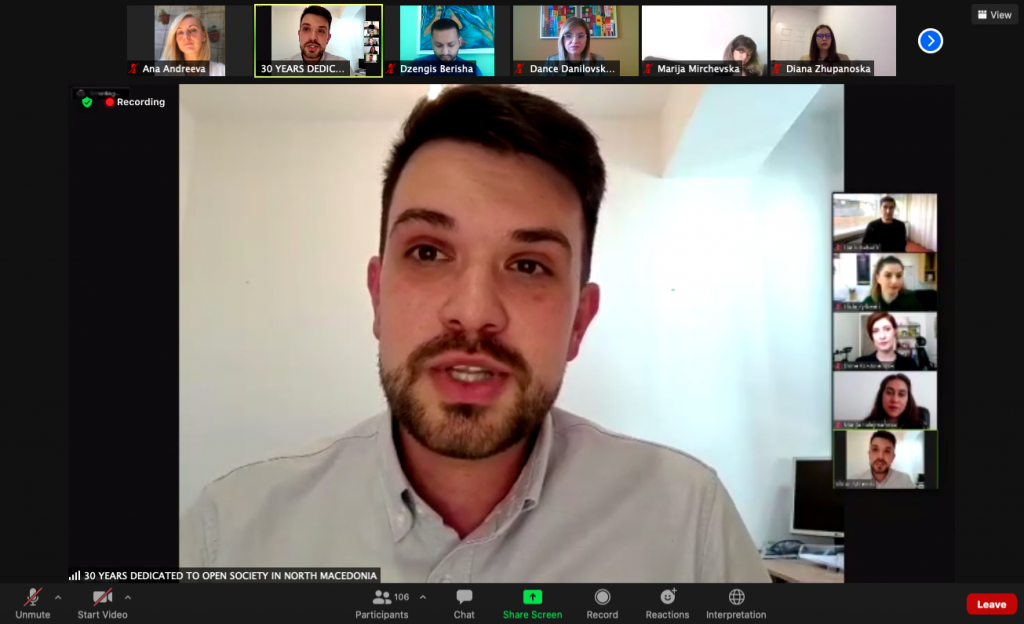 You can watch the entire event HERE.