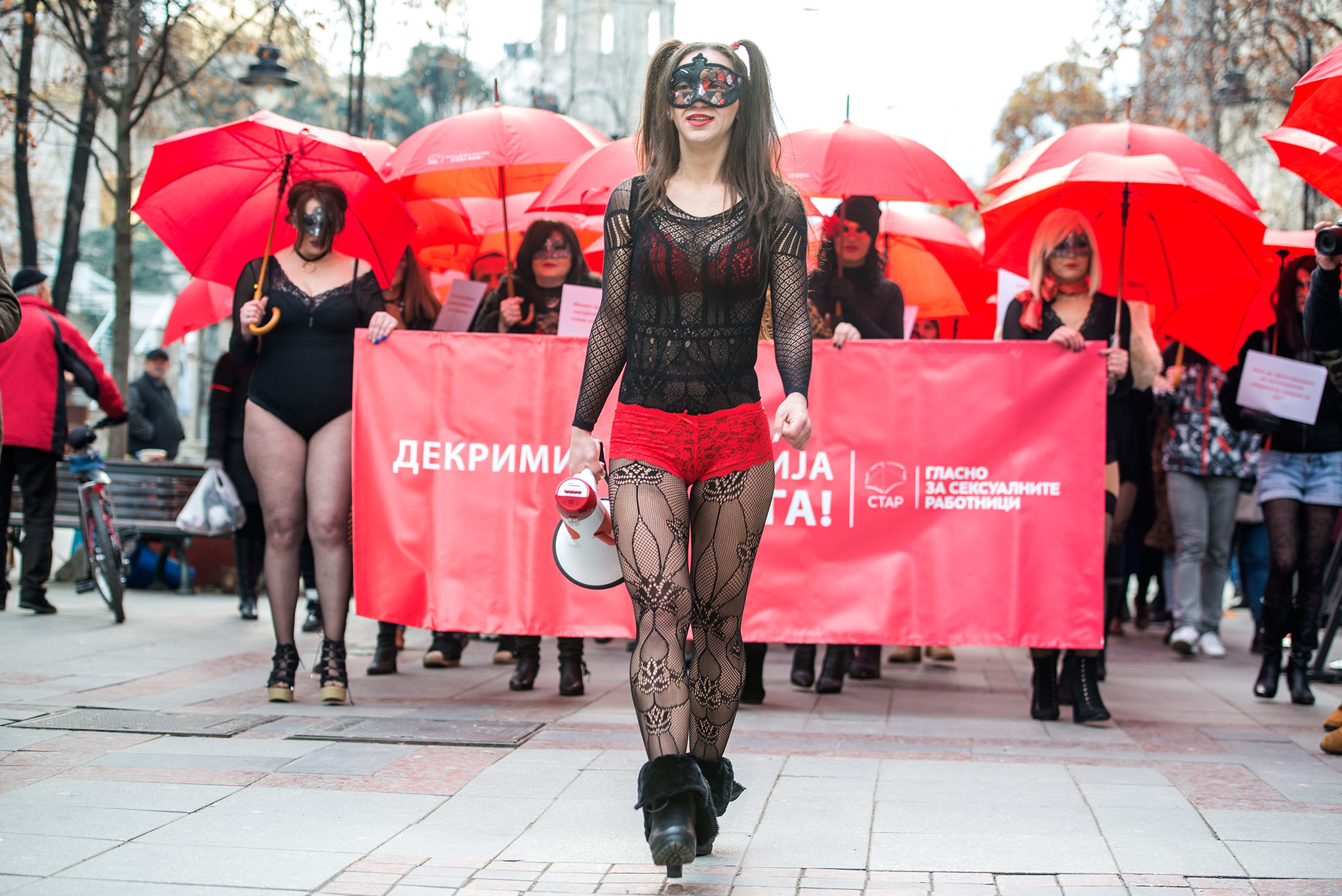 Traditionally, STAR – the first sex workers’ collective, for the 11th time is organizing the Red Umbrella March, joining the global celebration of the International Day to End Violence Against Sex Workers.

STAR, along with its supporters and activists, is joining a global campaign of solidarity with sex workers to reduce the violence and discrimination faced by this marginalized group on a daily basis.

With the message “DECRIMINALIZATION NOW!” we encourage institutions and the public to raise the issue of regulation of sex work. We and sex workers believe that the decriminalization of sex work is the best policy to promote sex workers’ health, well-being and human rights. These commitments are based on the needs of sex workers to protect their rights, to create safe living and working conditions, and to prevent violence and exploitation.

The initiative to mark this day comes from Dr. Annie Sprinkle with one purpose – to support US sex workers, a day to honor the victims of the Green River killer in Seattle, Washington. The killer said: “I wanted to kill as many as I could. I knew no one would report them missing immediately, and maybe they would never be reported. I was collecting prostitutes because I thought I could kill as many as I wanted without getting caught. ” Gary Lyon Ridgway was sentenced to life in prison and fined $ 10,000 for each victim killed on December 18, 2003.

We, sex workers, along with our supporters, are calling on you to join the Red Umbrella March this year and become part of our commitment to regulating sex work in Macedonia, as well as eradicating violence against sex workers. We will not stop marching until sex workers are guaranteed safe working conditions and full enjoyment of human rights.