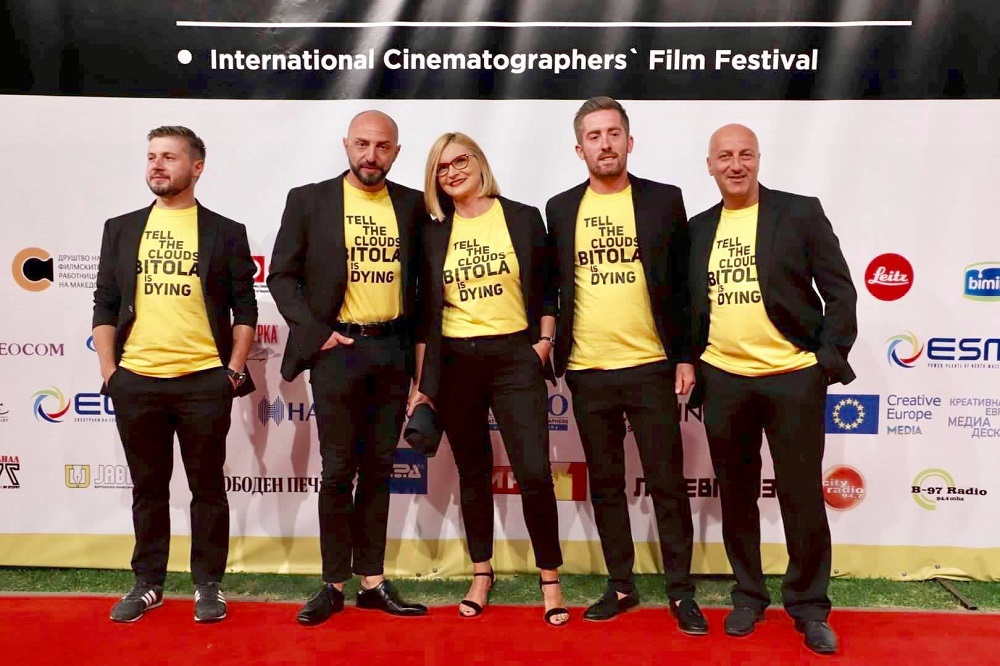 “Tell the clouds Bitola is dying”

In the spirit of this year’s Manaki Festival and its official logo – tell the clouds, in Bitola on the red carpet, and throughout the city, Bitola citizens complemented the message.

With a message written on their t-shirts and posters around the city, civic activists said: Tell the clouds Bitola is dying! Bitola is dying of carelessness towards the city and mass emigration due to pollution, and this message expresses the great dissatisfaction of the citizens who think that it is high time for Bitola to live and Bitola citizens to breathe clean air! The Foundation Open Society – Macedonia is actively supporting the citizens in their efforts to make changes for the better. This guerrilla action of Bitola activists is part of the activities with which they are trying to improve the living conditions of the city and its surroundings and to put pressure on the authorities to solve this huge problem. Creative activism, as a form of civic activism, clearly visualizes problems, and sometimes succeeds in contributing to their resolution. When art is put into operation it can really make a difference. Aware of this potential of art, we at FOSM continuously support a range of activities, especially activities with environmental themes such as this guerrilla action by Bitola citizens.