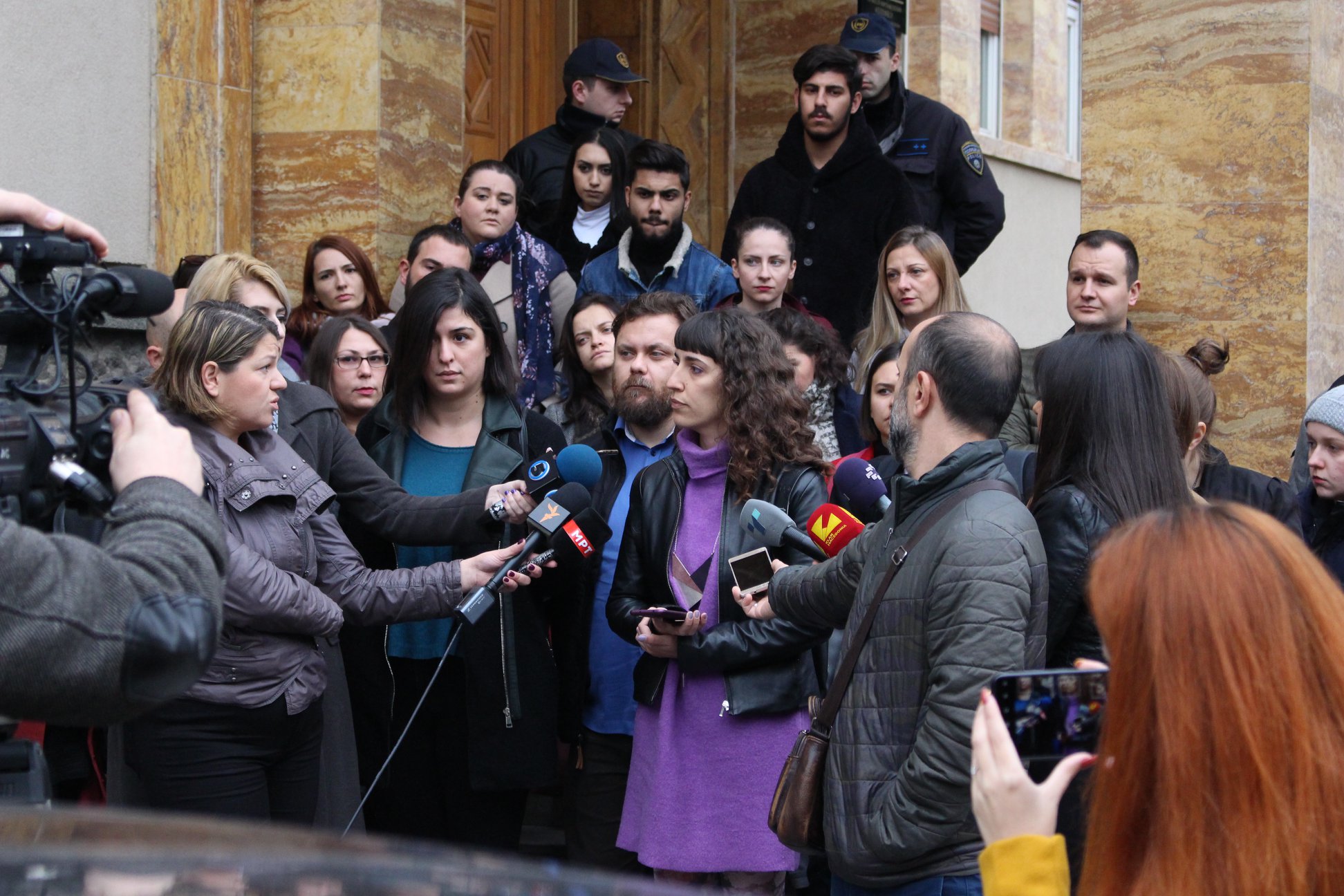 On 27 November 2019, at the initiative of ten CSO networks that unite around 100 associations and initiatives, a press conference and protest was held in front of the Parliament of RM Macedonia. The CSOs requested urgent election and appointment of staff in several institutions and bodies by the Committee on Election and Appointment Issues, and by written requests, addressed all members of the Parliament of the RNM.

Calling for transparency, CSOs urged the Parliament to urgently and immediately and before the dissolution of the Parliament, begin and end with the procedures for election and appointment of officials in the following bodies:

“Citizens’ associations are concerned about the procedures for selecting staff in several bodies, which have long been stuck in the Commission on Election and Appointment Issues. These institutions have an essential role to play in guaranteeing citizens’ rights and promoting accountability and transparency of institutions. The Commission for Prevention and Protection against Discrimination is one of the bodies whose election of members has been delayed for more than four months. The deadline for establishing this Commission was 22 August, and the term of office of the previous Commission expired in June 2019, and since then there has been no equal body in the country. Shortcomings have been noted in the selection of this Commission since the announcement, and the delay in the election only prolongs the protection against discrimination of the citizens. “- said Jovana Jovanovska Kanurkova from the Network for Protection against Discrimination. Sibel Amet, a representative of the Blueprint Group for Judicial Reform Group, stated that: “The impediment to the process of electing three members of the Judicial Council is affecting the effectiveness and efficiency of this institution, especially with regard to the quorum of decision-making in dismissal proceedings involving judges undertaken and commenced in December 2017 following the abolition of the Council for the Determination of Facts and Accountability of Judges. As the election of members of the Judicial Council is delayed, there is a danger that some of these proceedings will become obsolete. The election of representatives of citizens’ associations in the external mechanism for civil control over the Ombudsman’s police remains uncertain, although the call for applications from CSOs ended about 4 months ago. The need to establish an external mechanism arose after years of impunity for police officers and prison police in cases of abuse of their powers, as well as the malfunctioning of already established mechanisms for protecting citizens’ rights in cases of unprofessional conduct of the police.”

From the CSO Anti-Corruption Platform stated:

“For a long time now, the State Audit Office and the Agency for the Right to Public Information have been left without management staff, which is at the direct disadvantage of the citizens and the institutions. These institutions are extremely important in ensuring control of public spending, regulatory compliance, and the right of access to information. This situation poses significant risks to the fight against corruption – which should be a key commitment of the MPs as citizens’ representatives and protectors of the public interest.”

Ashmet Elezovski from the National Roma Centrum stated that: “Roma are the most marginalized ethnic community, while poverty among Roma is due to their discrimination. In such circumstances, we consider it mandatory for at least one member of the Commission for Prevention and Protection against Discrimination to be Roma and certain members of the smaller ethnic communities to be presented in the judiciary and other bodies. ”

CSOs submitted their requests to all Members of Parliament and stated that they would closely monitor these processes and continue to act until their demands are met.

Network for Protection Against Discrimination

National Network Against Homophobia and Transphobia

Network for representation of Roma interests

A platform for the sustainability of HIV prevention and support programs