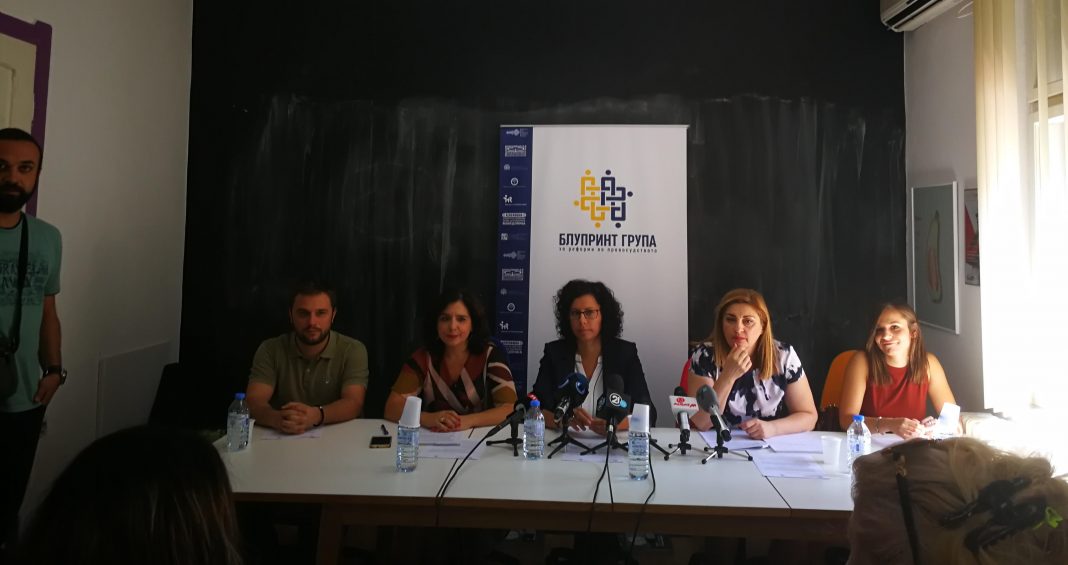 BLUEPRINT GROUP: SPO AS AN INSTITUTION SHOULD BE INTEGRATED, NOT ASIMILATED INTO THE PUBLIC PROSECUTION SYSTEM

Today, the Blueprint Judicial Reform Group held a press conference dedicated to the current developments in the field of justice. Expressing its views on the draft law on the Public Prosecutor’s Office, the Blueprint group emphasized that it had not been consulted on the law and that such a systemic law requires a public debate, and not adopting legal decisions overnight.

Natali Petrovska, from the Coalition “All for Fair Trial”, said that the Blueprint group’s attitude, as in the past, remains constant – SPO as an institution should be integrated, not assimilated into the public prosecution system.

At the press conference, representatives of the Blueprint Group reiterated their past stance that the SPO as an institution must maintain a degree of autonomy in this process of integration into the Public Prosecutor’s Office. Also, the need for constructive participation of the political parties in the reform processes was emphasized, in particular of opposition representatives, with regard to finding acceptable legal solutions for regulating the status and competence of SPO.

Uranija Pirovska from the Helsinki Committee for Human Rights pointed out that in the “Racket” case the principle of presumption of innocence should be respected and that the prosecution authorities should carry out their work consistently without releasing misinformation in the public in order not to harm the investigation, and also to prove that they are really fighting corruption in the country.

Jelena Kadric from the Human Rights Institute noted that the RNM Judicial Council initiates proceedings against judges only if the Public Prosecutor’s Office has filed a prosecution act.

The Blueprint group announced that it will continue to closely monitor all developments in the judiciary in the future and will continue to implement the project “For Justice – Monitoring the Implementation of the Judicial Reform Strategy 2019-2020” financially supported by the Foundation Open Society-Macedonia.