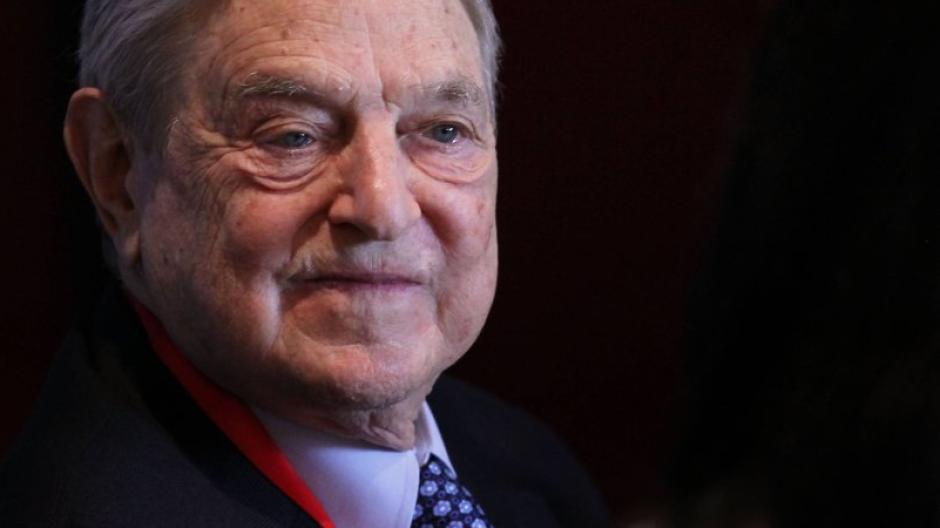 GREGOR PETER SCHMITZ: You have seen many crises. Is the COVID-19 pandemic comparable to any previous one?

GEORGE SOROS: No. This is the crisis of my lifetime. Even before the pandemic hit, I realized that we were in a revolutionary moment where what would be impossible or even inconceivable in normal times had become not only possible but probably absolutely necessary. And then came the COVID-19, which has totally disrupted people’s lives and required very different behavior. It is an unprecedented event that probably has never occurred in this combination. And it really endangers the survival of our civilization.

GPS: Could this crisis have been prevented if governments had been better prepared?

SOROS: We have had infectious disease pandemics ever since the Bubonic Plague. They were quite frequent in the nineteenth century, and then we had the Spanish flu at the end of World War I, which actually occurred in three waves, with the second wave being the most deadly.  Millions of people died. And we have had other serious outbreaks, such as the Swine Flu just a decade ago. So it’s amazing how unprepared countries were for something like this.

GPS: Is that the biggest problem of the current situation – this lack of certainty about how to deal with this virus and how to proceed in the coming months or years?

SOROS: It is certainly a very big one. We are learning very fast, and we now know a lot more about the virus than we did when it emerged, but we are shooting at a moving target because the virus itself changes rapidly. It will take a long time to develop a vaccine. And even after we have developed one, we will have to learn how to change it every year, because the virus will most likely change. That’s what we do with the flu shot every year.

GPS: Will this crisis change the nature of capitalism? Even before COVID-19 led to the current catastrophic recession, we saw discussions about the downsides of globalization and free trade.

SOROS: We will not go back to where we were when the pandemic started. That is pretty certain. But that is the only thing that is certain. Everything else is up for grabs. I do not think anybody knows.

GPS: Could this crisis bring people – and nation-states – closer together?

SOROS: In the long-run, yes. In the present time, people are dominated by fear. And fear very often makes people hurt themselves. That is true of individuals as well as institutions, nations and humanity.

GPS: Are we witnessing that in the current blame game between the United States and China over the origins of the virus?

SOROS: The continuing conflict between the US and China complicates matters, because we ought to work together on climate change and on developing a vaccine against COVID-19. But, apparently, we cannot work together because we are already competing over will develop – and use – the vaccine. The fact that we have got two very different systems of government, democratic and …

SOROS: Right. That makes everything much harder. There are a lot of people who say that we should be working very closely with China. But I am not in favor of doing that. We must protect our democratic open society. At the same time, we must find a way to cooperate on fighting climate change and the novel coronavirus. That won’t be easy. I sympathize with the Chinese people, because they are under the domination of a dictator, President Xi Jinping. I think a lot of educated Chinese are very resentful of that, and the general public is still angry with him for keeping COVID-19 a secret until after the Chinese New Year.

GPS: Could Xi’s grip on power weaken as Chinese come to recognize that the handling of the crisis was sub-optimal?

SOROS: Very much so. When Xi abolished term limits and named himself, in essence, President for life, he destroyed the political future of the most important and ambitious men in a very narrow and competitive elite. It was a big mistake on his part. So, yes, he is very strong in a way, but at the same time extremely weak, and now perhaps vulnerable.

The struggle within the Chinese leadership is something that I follow very closely because I am on the side of those who believe in an open society. And there are many people in China who are very much in favor of an open society, too.

GPS: Then again, the current US president does not really represent the values of an open and free society…

SOROS: Well, that is another weakness that I hope will not last very long. Donald Trump would like to be a dictator. But he cannot be one because there is a constitution in the United States that people still respect. And it will prevent him from doing certain things. That does not mean that he will not try because he is literally fighting for his life. I will also say that I have put my faith in Trump to destroy himself, and he has exceeded my wildest expectations.

GPS: What role does the European Union – your home that you care about so much – play in this power struggle?

SOROS:  I am particularly concerned about the survival of the EU because it is an incomplete union. It was in the process of being created. But the process was never completed and that makes Europe exceptionally vulnerable – more vulnerable than the US not just because it is an incomplete union but also because it is based on the rule of law. And the wheels of justice move very slowly, while threats such as the COVID-19 virus move very fast. That creates a particular problem for the European Union.

GPS: Germany’s Federal Constitutional Court exploded a bombshell last week with its latest ruling on the European Central Bank. How seriously do you take it?

Soros: I take it extremely seriously. The ruling poses a threat that could destroy the European Union as an institution based on the rule of law, precisely because it was delivered by the German constitutional court, which is the most highly respected institution in Germany. Before it delivered its verdict, it had consulted with the European Court of Justice and then decided to challenge it. So you now have a conflict between the German Constitutional Court and the European Court of Justice. Which court has precedence?

GPS: Technically, the European Treaties give the ECJ supremacy in this area. That is very clear.

SOROS: Right. When Germany joined the EU, it committed itself to abide by European law. But the ruling raises an even bigger question: if the German court can question the decisions of the European Court of Justice, can other countries follow its example? Can Hungary and Poland decide whether they follow European law or their own courts – whose legitimacy the EU has questioned? That question goes to the very heart of the EU, which is built on the rule of law.

Poland has immediately risen to the occasion and asserted the supremacy of its government-controlled courts over European law. In Hungary, Viktor Orbán has already used the COVID-19 emergency and a captured parliament to legally appoint himself dictator. The parliament is kept in session to rubber-stamp his decrees – , which clearly violate European law. If the German court’s verdict prevents the EU from resisting these developments, it will be the end of the EU as we know it.

GPS: Will the ECB need to change its policies after this ruling?

SOROS: This ruling requires the ECB to justify its current monetary policies. It has been given three months to justify the actions it has taken. That will consume a lot of the ECB’s attention when it is the only really functioning institution in Europe that can provide the financial resources needed to combat the pandemic and to establish a European Recovery Fund.

GPS: Do you have any suggestions where these resources could come from?

SOROS: I have proposed that the EU should issue perpetual bonds, although I now think that they should be called ““Consols” because perpetual bonds have been successfully used under that name by Britain since 1751 and the United States since 1870. Perpetual bonds have become confused with “Corona Bonds,” which have been rejected by the European Council – and with good reason, because they imply a mutualization of accumulated debts that the member states are unwilling to accept. That has poisoned the debate about perpetual bonds.

I believe that the current predicament strengthens my case. The German court said that the ECB’s actions were legal because they adhered to the requirement that its bond purchases were proportional to the member states’ shareholding in the ECB. But the clear implication was that any ECB purchases that were not proportional to the ECB “capital key” could be challenged and deemed ultra vires by the court.

The perpetual bonds that I have proposed could sidestep this problem, because they would be issued by the EU as a whole and would automatically be proportional and would remain so eternally. This would leave the annual interest payment, which is so minimal – at, say, 0.5% – that the bonds could be easily subscribed by the member states, either unanimously or by a coalition of the willing.

European Commission President Ursula von der Leyen says that Europe needs about €1 trillion to fight this pandemic and she should have added another €1 trillion for climate change. Perpetual bonds could provide those amounts if the EU’s member states authorized it.

Unfortunately, Germany and the “Hanseatic League” states led by the Netherlands are adamantly opposed. They should think again. The EU is now considering doubling its budget, which would provide only about €100 billion and yield only one-tenth of the benefit that perpetual bonds could provide. They would be much better off if they became avid supporters of perpetual bonds.   They would only have to pay annual interest that at, say, 0.5% would be peanuts. It could be easily underwritten by the member states acting either unanimously or by a coalition of the willing.

GPS: When the EU relaxed its rules against state aid, Germany submitted more than half of the requests. Some people argue that this undermines the principles of a single market because it gives Germany an unfair advantage. What do you think?

I agree with their argument. It is particularly unfair to Italy, which was already the sick man of Europe and then the hardest hit by COVID-19. Lega party leader Matteo Salvini is agitating for Italy to leave the euro and also the European Union. Fortunately, his personal popularity has declined since he left the government, but his advocacy is gaining followers.

This is another existential threat for the EU. What would be left of Europe without Italy, which used to be the most pro-European country? Italians trusted Europe more than their own governments. But they were badly treated during the refugee crisis of 2015. That’s when they turned to Salvini’s far-right Lega and the populist Five Star Movement.

Far from it. I recognize that Europe is facing several existential dangers. That is not a figure of speech; it is reality. The verdict of Germany’s Federal Constitutional Court is only the most recent challenge. Once we recognize this, we may be able to rise the occasion. We can take exceptional measures that are appropriate to the exceptional circumstances we’re in. As long as I can propose such measures like issuing perpetual bonds, I won’t give up hope.