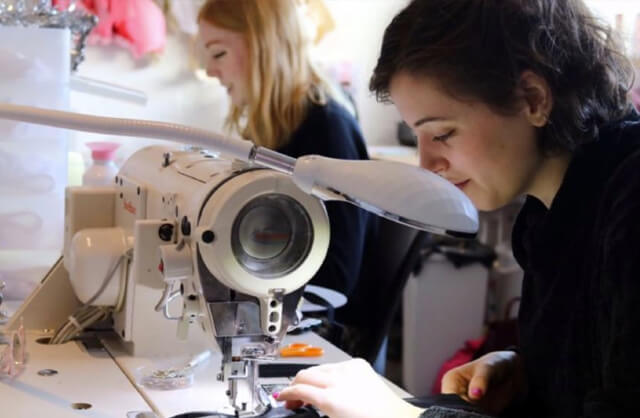 The Helsinki Committee for Human Rights and “Glasen Tekstilec” are reacting sharply to the announcements that several textile factories in Štip will work during curfew next weekend. According to the information received from the field, the factories have already obtained or are in the process of obtaining work permits, and the employers have announced to their employees that they will work during the curfew.

Working during the curfews, on days when the number of patients in the country has increased the most since the beginning of the pandemic, is an extremely irresponsible decision that directly endangers the health and lives of textile workers. This decision comes at a time when greater social responsibility and solidarity is needed from employers, institutions and workers. It is inadmissible to allow textile factories to operate in a city that will be under 80-hour quarantine as a result of the increase in the number of people infected with the virus, most of whom come from the textile industry. It is particularly worrying that the biggest violations of preventive measures to protect and prevent the spread of the virus in Štip occurred because of the transport of textile workers during curfews, in inappropriate buses, disrespecting the provision for reducing the transport capacity by 50% of the Regulation for the public transport of passengers, and the inability to maintain the recommended distance.

In order to protect the health and life of textile workers, and in order to prevent and deal with the spread of the virus, we ask the Government of the Republic of North Macedonia to introduce a complete ban on the operation of textile factories in Štip during the curfew. We expect the State Labor Inspectorate and the State Sanitary and Health Inspectorate to continue to closely monitor the situation in the field and to sanction all employers who do not adhere to the measures.

The Helsinki Committee for Human Rights