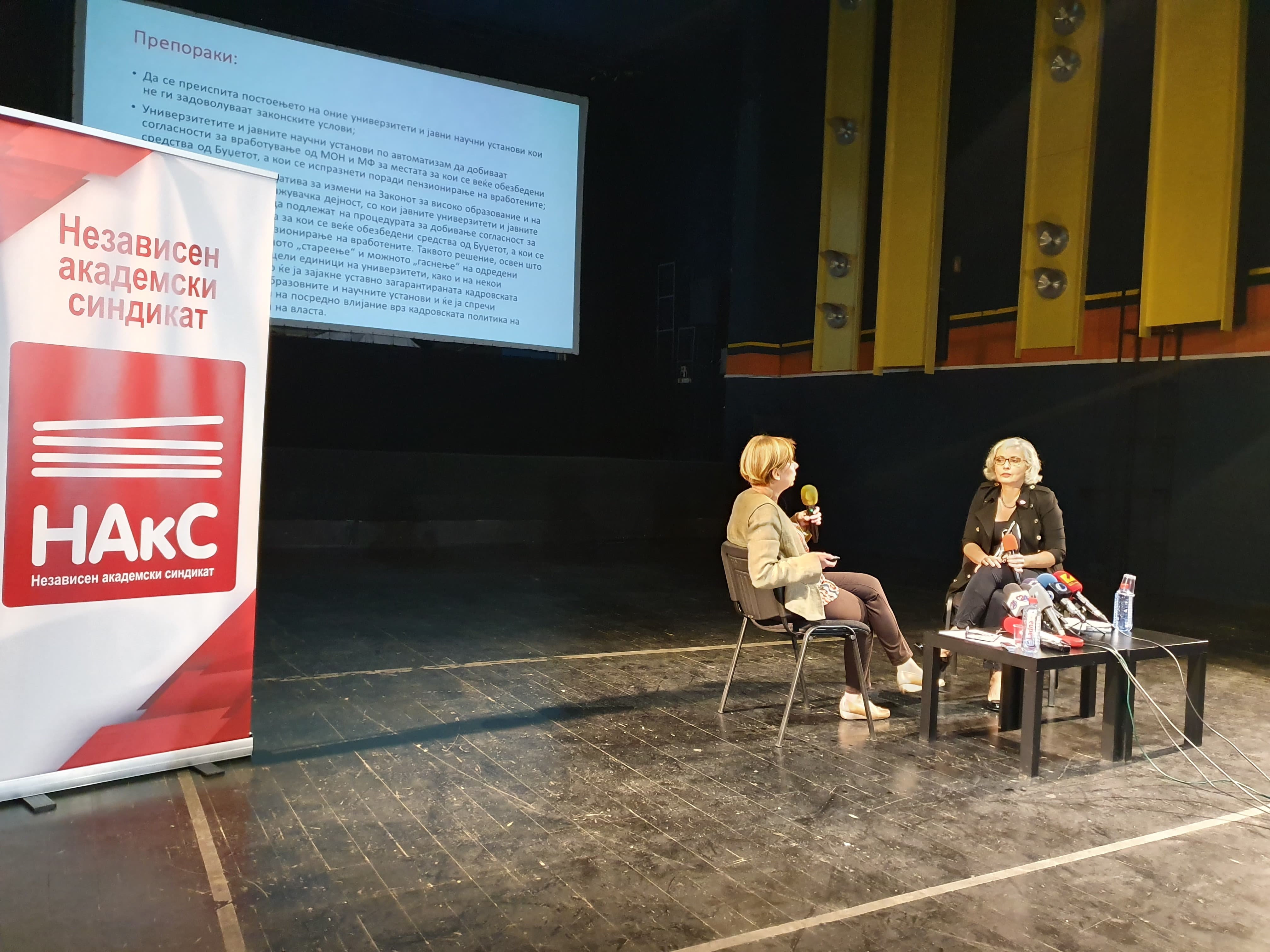 The research “Staff Structure of the Public Universities and Scientific Institutions in RNM” was made on the basis of data from the Ministry of Education and Science on the personal income for January 2019. The data were obtained in accordance with the Law on Free Access to Public Information. From the processed data for Ss. Cyril and Methodius University in Skopje (UKIM), the Faculty of Medicine and the Faculty of Dentistry have been excluded due to the double employment of teaching staff.

The age structure of the two, at the time first universities in the country, is extremely worrying. This is especially true of the Ss. Kliment Ohridski University in Bitola (UKLO), where almost half of the faculties have no assistants, and the number of teaching staff in certain units is extremely low. If once a professor had one or two assistants, this relationship is completely disrupted now in favor of the regular professors who leave the departments vacant when they retire. At a level of UKIM, this structure is a little better but still alarming. At the unit level of a quarter of the faculties there are no assistants at all, and on those quarters with the highest number of regular professors, between 55 and 66, there are only 2 to 3 assistants. The situation is similar in most of the public scientific institutes. For the normal conduct of teaching and research work in higher education and research institutions, the teaching staff is imperative. In addition to the administrative service, library, student service, this group also includes laboratories and other support staff. And UKIM’s situation here is extremely unfavorable, unlike other universities where the number of non-teaching staff is nearly equal to the number of teaching staff. At some of the relatively new universities, Tetovo State University (DUT) and Goce Delcev University in Štip (UGD), the percentage of employees with primary education is questionable – in one of these Universities, it reaches a high 15% of the total number of employees. Paradoxical situations are also observed, such as the existence of an institute with only two assistants, not one researcher and even 10 administrative officials, but also a university with only 10 professors and twice as many assistants.

Unless employment policies in higher education and science change, the problem will worsen every year, with disastrous consequences for both the survival of institutions and the growth and development of the state. Unless a broad and essential breakthrough happens in terms of revitalizing universities and institutes, and in terms of salaries that will be stimulating to attract potential young people, there will still be no room for a significant improvement.

Therefore, the Independent Academic Syndicate demands the MoES Budget next year to provide additional funding for the recruitment of new staff, as well as for bringing salaries of higher education and science staff to the level of the salaries in the region. There is a need for amending the legal solutions by which public universities and scientific institutions will not be subject to the procedure for obtaining approval for the employment on vacant positions for which funds have already been provided in the Budget. The aim is to enable universities and institutes to have constitutionally guaranteed staff autonomy and to break with the long-standing practice of being indirectly influenced by the government’s personnel policy in institutions.