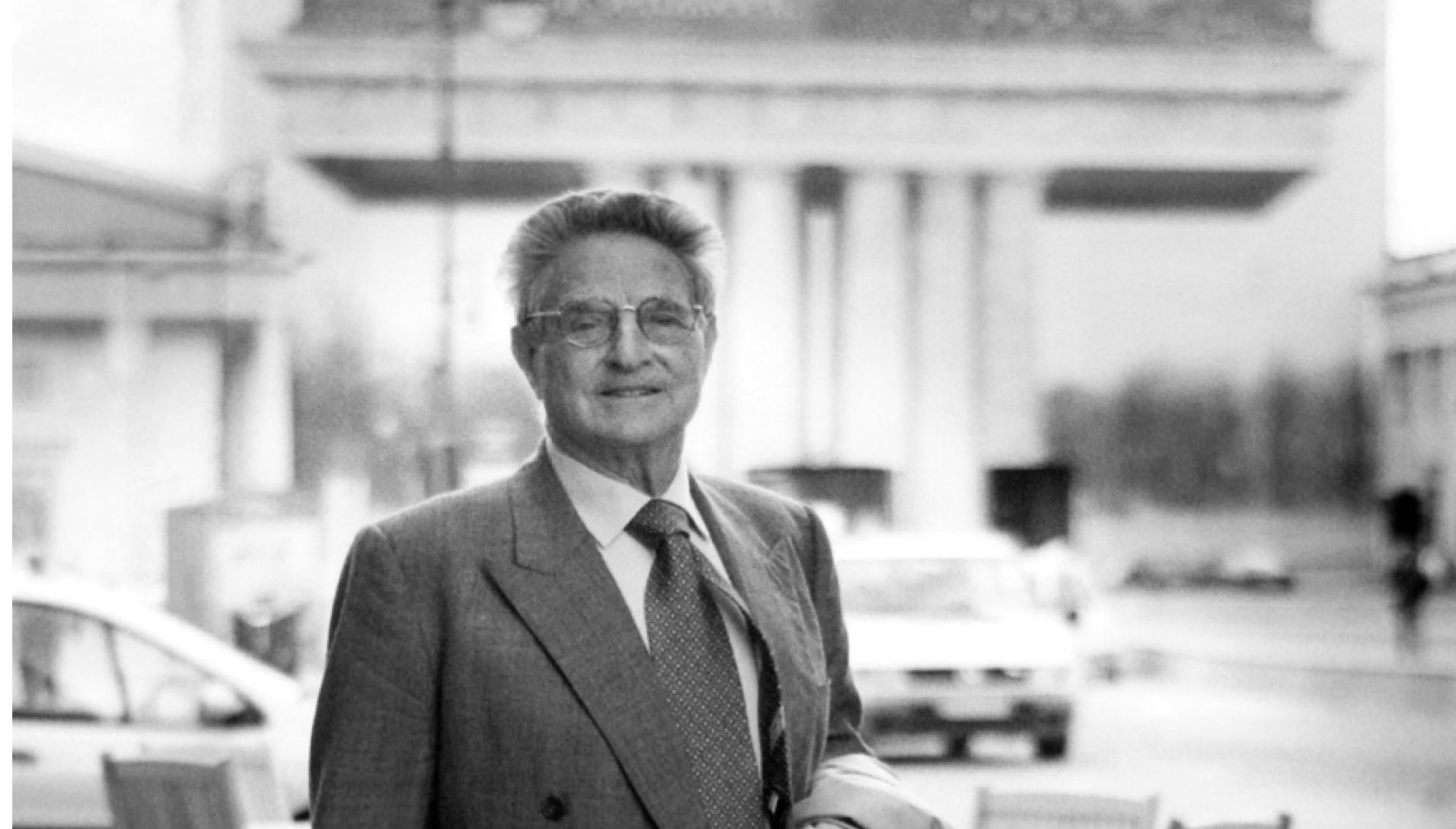 George Soros chairman and founder of the Foundations Open Society attains his global reputation as a philanthropist during the dramatic transformation of East and Central Europe following the fall of the Berlin Wall in November 1989.

Soros has a unique role during that times, using his fortune to lower the consequences of the economic problems arising after the collapse of the old communist system, but also to set the foundations of an inclusive version of democracy that even today persists in the whole region.

“The transformation of a closed into an open society is a systematic transformation. Practically everything should be changed, and there is no schematic blueprint for it. The Foundations made a change in the way this transformation occurs. They have mobilized the energy of the people in the countries concerned.” – George Soros, 1995

Broadening of an idea

While East and Central Europe were under the strong Soviet Union control, Soros first start with awarding scholarship to several dissidents who had the courage to challenge the system. With these scholarships he enabled them to study in the United States. Soros also started financing dissident groups such as Povleba 77 in Czechoslovakia, the Solidarnost syndicate in Poland, and the Saharov family and their allies in the Soviet Union.

In the early 1980s, when Hungary was economically unstable, the communist government allowed Soros to establish a foundation that would offer open scholarships and would finance cultural events and academic exchanges. The new foundation started spending around 3 million dollars per year, striving – when possible- to support groups and individuals who tested the boundaries of political and cultural tolerance.

Mikhail Gorbachev, Soviet Union leader, launched new politics for opening and reconstructing aimed at revitalizing the one-party system that was already dying out. That same year, Soros was allowed to open a private foundation in Poland, and the next year 1987, with the easing of the restrictions, to open an office in Moscow.

The fall of the Berlin Wall in November marked a climax of the gradual collapse of the communist control that started with the removal of the 149-miles-long electric fence on the border between Hungary and Austria. Free travel puts an end to the Eastern Block’s planned economies and policies.

Then Soros was able to open more than 20 national foundations across the whole region, in what he called an “explosive period of growth”, financially supported by the enormous success of his investment fund, with which he created the nucleus of today’s Foundations Open Society.

After 1989, the Soros Foundations in East and Central Europe faced many different challenges. However, they shared a common vision for the need of a new, inclusive relationship between the individual and those in power, sustained by the power of independent civil society groups. Despite modern challenges, today CSO’s – many of which were established in the 1990’s – continue to advocate for progressive change in the entire region. The Foundations Open Society are proud to be able to continue the support for them.

In the 1980s and 1990s, George Soros awarded millions of dollars to East and Central Europe as a support for the emergence of the “open society” – an idea founded on the philosophy of Carl Popper, an Austrian-British thinker whom Soros studied as a young man in the London School of Economics. According to Soros, open societies are characterized by “institutions and rules that allow people of different opinions and interests to live together in peace.” In contrast, closed societies try to control the information, and see open debates as an existential threat.

Soros has personal experience with the worst of a “closed society”. He was only 13 when the Nazis occupied Hungary in March 1944. Then, in just two months, about 500,000 Hungarian Jews were deported to death camps: Soros and his family survived because they managed to hide. Later, when Hungary came under Communist rule, Soros left for London and studied at the London School of Economics before moving to the United States. In 1979, when he launched his first philanthropic organization, he called it the Fund Open Society – the flagship of today’s Foundations Open Society.

The foundations provide hundreds of scholarships and grants for study visits of economists, bankers, doctors, teachers, and local government activists who were previously almost completely excluded from Western development events. Between 1993 and 1994, in the former Soviet Union, Soros awarded $200 million in support of some 30,000 scientists who had previously been denied official research funding. Foundations across the network are funding the production of new textbooks that have a new focus on critical thinking.

In Albania, the local foundation is investing more than 57 million dollars to fund the reconstruction of 275 schools and kindergartens across the country, while a new curriculum focusing on the child, “Step by Step”, is modernizing preschool education across the region.

In 1985, the Hungarian Foundation Soros established a new Center for Contemporary Arts in Budapest working to foster “tolerant” artistic expression. By 1994 more than a dozen Contemporary Arts Centers were established from Lithuania to Moscow, providing space for performances and exhibitions by local artists and visitors, as well as other resources. Many of them function today as independent entities, such as the Prague Foundation and the Arts Center.

During communism, the state effectively controlled all aspects of the media, from radio stations to book publishing. The foundations have begun to support new independent media through grants for the purchase of studios and program transmission equipment, printing machines and even printing paper, and new training centers and opportunities for journalists. In Moldova and Romania, as governments raised the price of printing paper before elections, local foundations provided paper for printing machines to continue operating.

In Estonia, Romania, Russia, and elsewhere, the Soros foundations were funding translation of cutting-edge literary and philosophical works into local languages, helping schools, universities, and libraries acquire computer equipment and access to the internet that was in its infancy.