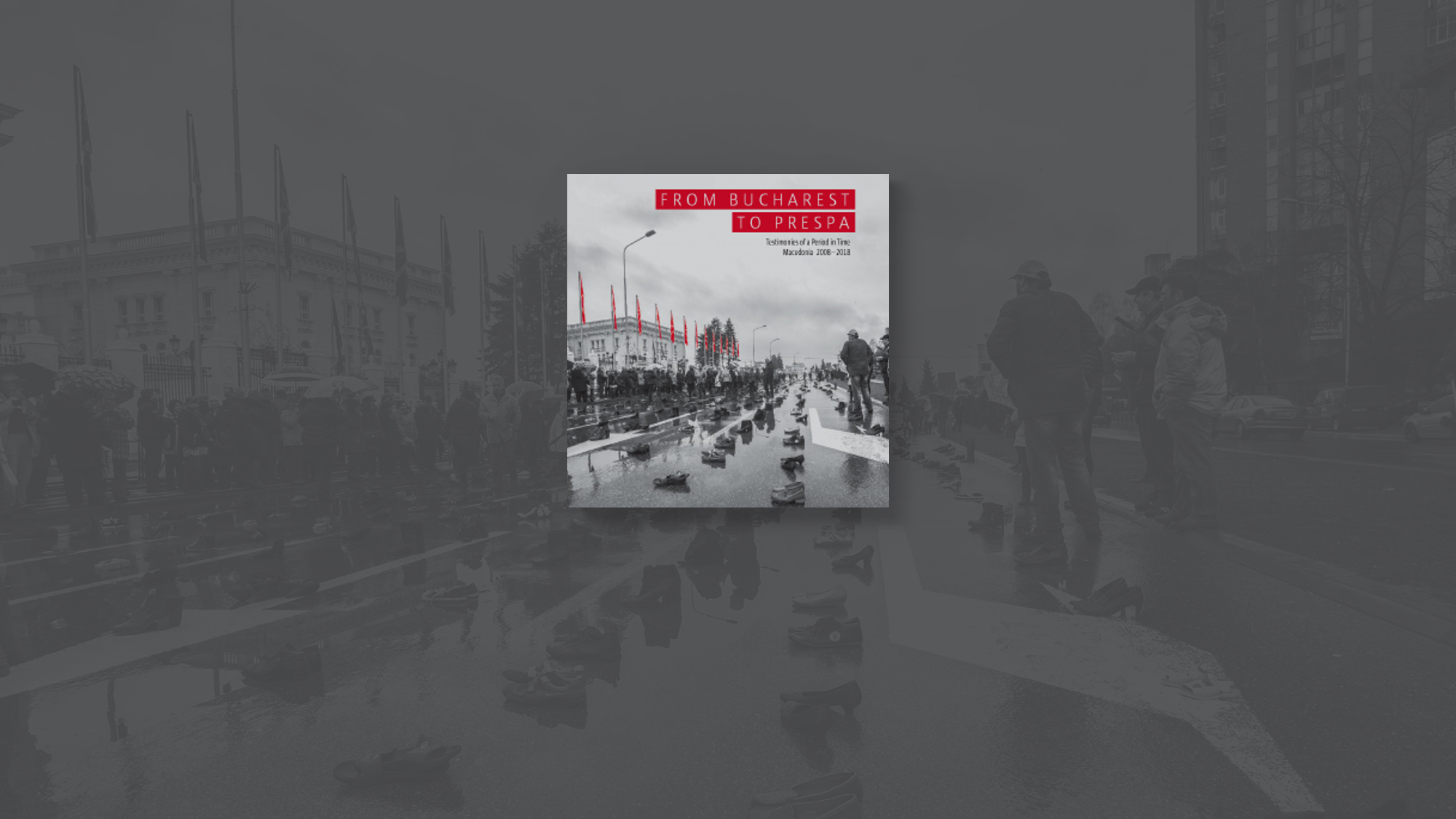 Book promotion “FROM BUCHAREST TO PRESPA” – Testimonies of A Time: Macedoina 2008-2018”

“Macedonia from Bucharest to Prespa” is a testimony-based publication. Testimonies of a turbulent time that will be remembered as dark in the collective memory of our citizens. These are the years when Europe labeled us a “captive state” and which, from this extremely short historical distance, will be remembered as “lost time”. But the anthology does not trace the lost time. This publication is here to preserve that decade in the collective memory of the citizens and to leave a mark of a time we never wish to be repeated.

Bucharest 2008 – Prespa 2018 is a particularly important historical segment. On the one hand, Bucharest and its policies marked the definitive beginning of an undemocratic rule, the waves of nationalism, populism and the constant besmirching of all those who think differently. On the other hand, the Prespa Agreement was meant to mark the beginning of realistic hopes based on the need for a better, more democratic, more prosperous state integrated into the EU. Although from today’s point of view, the equation is not unambiguous and our path to the EU is still uncertain, with the help of this anthology, through greater historical distance, future generations will be able to look back and evaluate what has been achieved and has been not in this period and to learn valuable lessons.

The texts in the anthology are testimonies, and the writers are witnesses from that time. Authors Vasko Magleshov, Katerina Blazhevska, Ljupco Popovski, Milka Smilevska, Vladimir Milchin, Biljana Bejkova, Sefer Tahiri, Meri Jordanovska, Sashka Cvetkovska, Menche Atanasova-Tochi, Dejan Azeski and Gordana Duvnjak, Iskra Novakovska and Nazim Rashidi are relevant writers, both in a professional and ethical sense. People who, first and foremost, with their word, and some with activist work, have been involved in explaining the nature of the former regime, but also in dismantling it.

Join us at Daut Pashia Hamam to witness the promotion of the Anthology “From Bucharest to Prespa – Testimonies of a Period in Time: Macedonia 2008-2018”.