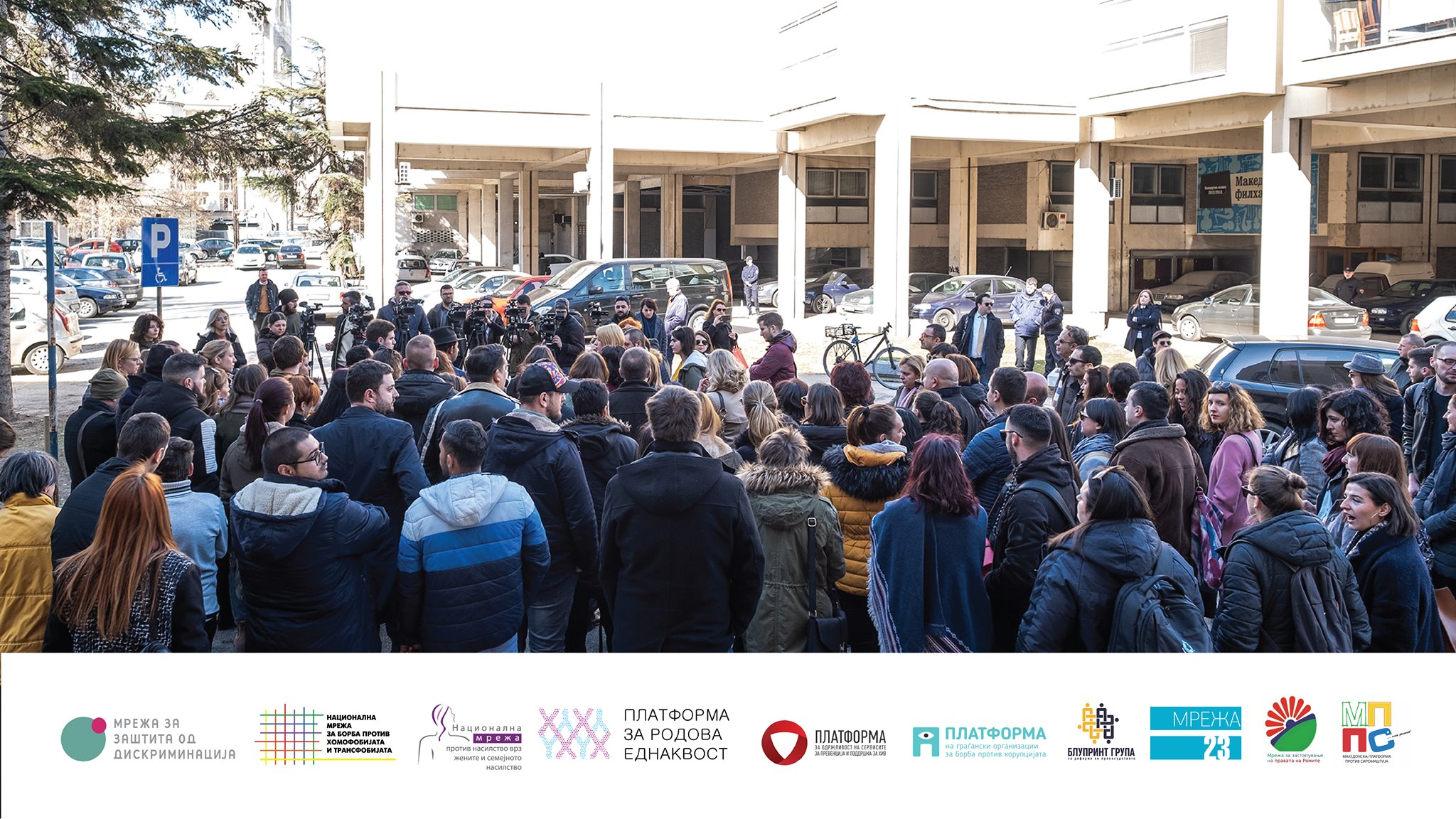 Ten Networks of Citizens’ Associations will hold a press conference in front of the parliament of the Republic of North Macedonia (entrance from the Home of the ARM) on Wednesday, 27 November 2019 at 09:30 am where they will call for urgent selection and appointment of staff in more institutions and bodies by the Committee on Election and Appointment Issues.

The election and appointment of staff in several bodies is stalled in the Committee on Election and Appointment Issues, which makes these institutions unable to fulfill their responsibilities, implement reforms in their fields and adequately promote and protect the rights of citizens, monitor the work of the executive branch and implement new legislative solutions. These are institutions that are extremely important for the democratization of our society such as: the Commission for Prevention and Protection against Discrimination, the Directorate for Personal Data Protection, the Agency for Free Access to Public Information, the State Audit Office, MRTV Program Council , the Council of the Agency for Audio and Audiovisual Media Services, the Judicial Council of the Republic of North Macedonia and the External Mechanism for Civilian Control over the Ombudsman Police.

We believe that the functionality of these institutions is of common interest to all citizens and citizen associations. This is why we invite you to come and help us to bring the attention of the public and decision-makers to these extremely important issues of citizens’ well-being, responsibility and accountability of the authorities.

Behind this initiative are ten networks of CSOs that unite around 100 associations and initiatives that are actively working to promote and protect human rights.

Network for Protection Against Discrimination

National Network Against Homophobia and Transphobia

Network for the representation of Roma interests

A platform for the sustainability of HIV prevention and support programs