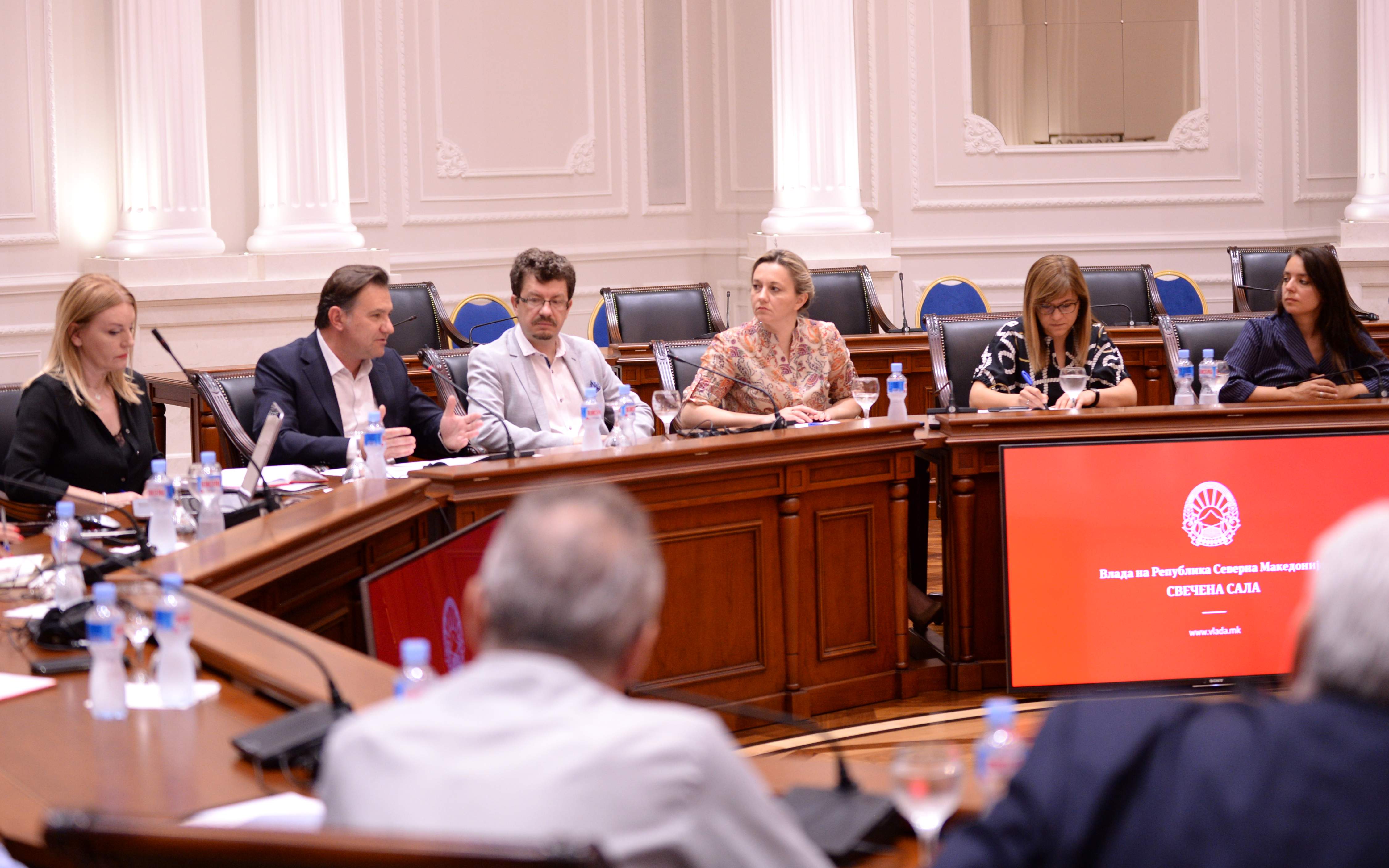 The Foundation for Internet and Society “Metamorphosis”, the Foundation Open Society – Macedonia and the Minister without Portfolio of Communications, Transparency and Accountability in the Government, Robert Popovski signed a Cooperation Memorandum that provides support for the creation of expert analysis as well as the establishment of a working group of institutions and civil society organizations working in this field who can offer their expertise in order to create a more comprehensive Strategy for Transparency of the Government.

Today, on 10 June 2019, was held the first meeting of the working group for drafting the Strategy, on which introductory speeches were held by the Minister of Communications, Accountability and Transparency, Robert Popovski, the Director for Partnership and Development of Resources of the Foundation for Internet and Society “Metamorphosis”, Filip Stojanovski, the Executive Director of the Foundation Open Society – Macedonia, Fani Karanfilova-Panovska, and the international expert on transparency Veronica Cretu.

Karanfilovska- Panovska noted that for the Foundation Open Society- Macedonia, the creation of dynamic and tolerant societies whose authorities are accountable, whose citizens actively control and amend the work of the authorities and participate in the decision-making process is imperative. The creation of the Strategy for Transparency of the Government of the Republic of North Macedonia with the direct involvement of the civil society and its consistent implementation represents a step towards fundamental and systemic changes aimed at improving the lives of the citizens, especially the members of the marginalized groups.

Filip Stojanovski emphasized that according to the results from the Regional Openness Index for North Macedonia (opennessindex.actionsee.org – part of the regional project of “Metamorphosis” Foundation supported by EU) there are many significant differences between the institutions regarding their openness and transparency due to the fact that the exercise of the good transparency practices most often depends on the goodwill and dedication of the ministers, as well as other managers. Therefore, as Stojanovski noted, there is a need for a systematic approach to finding a solution whose focus will not only be on identifying and replicating the good practices but also on the overall process and the opportunities that the Republic of North Macedonia has.