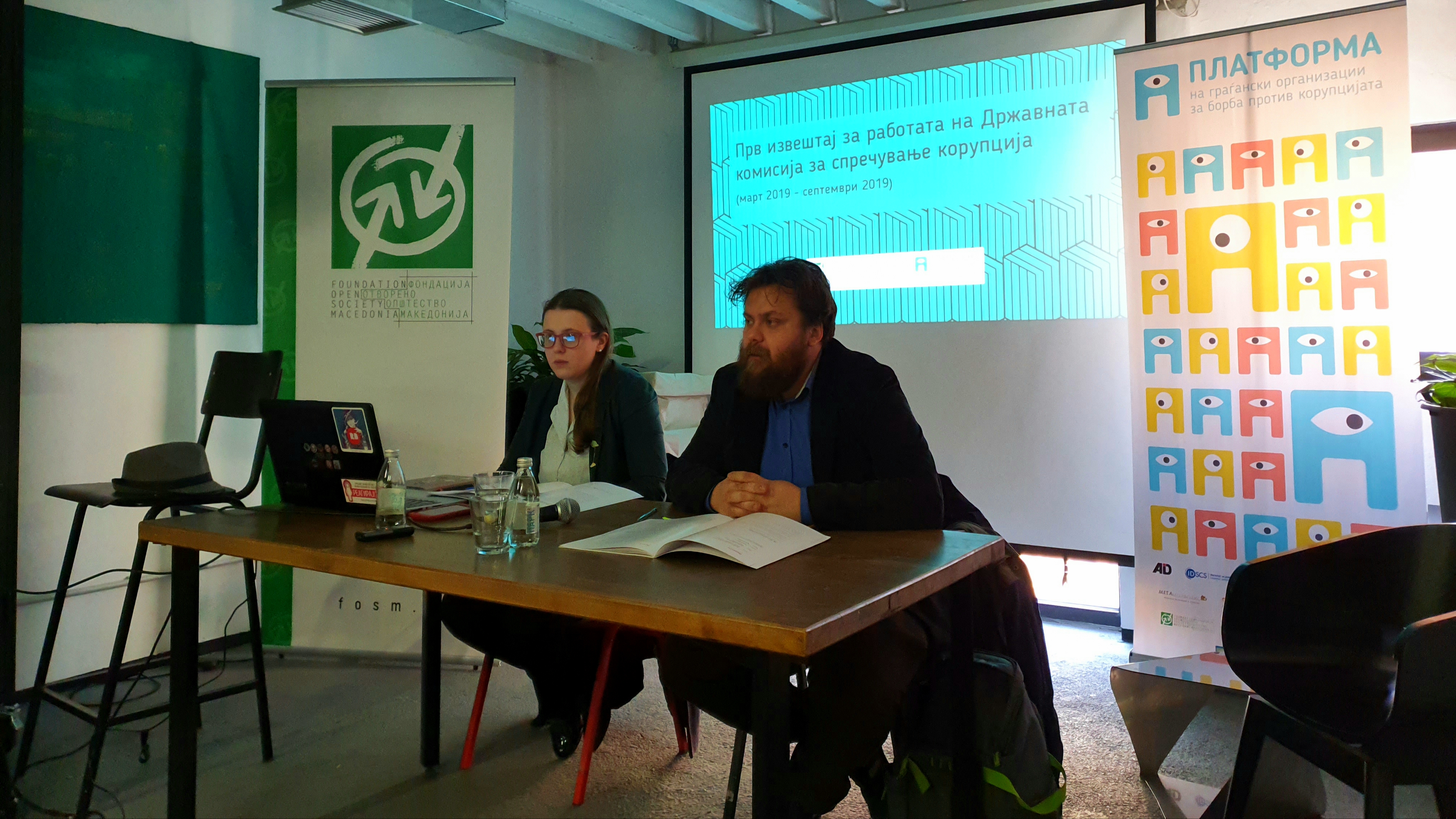 The Platform of Civil Society Organizations for Fight Against Corruption, today in the venue Public Room in Skopje, gave a presentation on the “First Work Report of the State Commission for Prevention of Corruption”.

The report is part of the project “Monitoring the Performance of the State Commission for Prevention of Corruption”, supported by the Foundation Open Society – Macedonia.

The subject of the analysis were the decisions made by the State Commission for the Prevention of Corruption (SCPC) between March 2019 and September 2019, and responses to requests for access to public information sent to the SCPC.

Martina Ilievska a researcher at the Institute for Democracy – Societas Civilis Skopje noted that the SCPC has held 22 sessions since the election of new members from February 2019 to September 2019 and made 273 decisions under the Law on Prevention of Corruption and Conflict of Interest. Out of these, nearly a quarter (65) contain a provision for the continuation of proceedings, and most of them (208) are suspended for various reasons.

“The decisions made by the SCPC in the analyzed period are mostly related to public service 28% and education 24%. When it comes to the type of violations that are listed in the reports, the SCPC mostly made decisions on employment procedures and interest control” Ilievska said.

According to the report, the average time from initiation of proceedings to making a decision is 2 months and 18 days. Given that the process involves gathering data from relevant institutions, reviewing the data and making a decision, this indicates a relatively quick operation of the commission and good cooperation with other institutions from which information is needed in the procedure.

Misha Popovic, head of the IDSC Good Governance Center, thinks that there should be a prioritization of cases that the Anti-Corruption Commission is dealing with.

“As a Platform, we have concluded that the large number of cases that the Commission has faced since the beginning of its mandate while being a signal of the trust the citizens have in the Commission, is a nevertheless a challenge. The limited resources available to the SCPC do not allow them to process all cases and devote sufficient time to them. What we have been arguing for is the need to prioritize the work of the cases even though it is easier said than done” said Popovic.

The entire report can be found here.