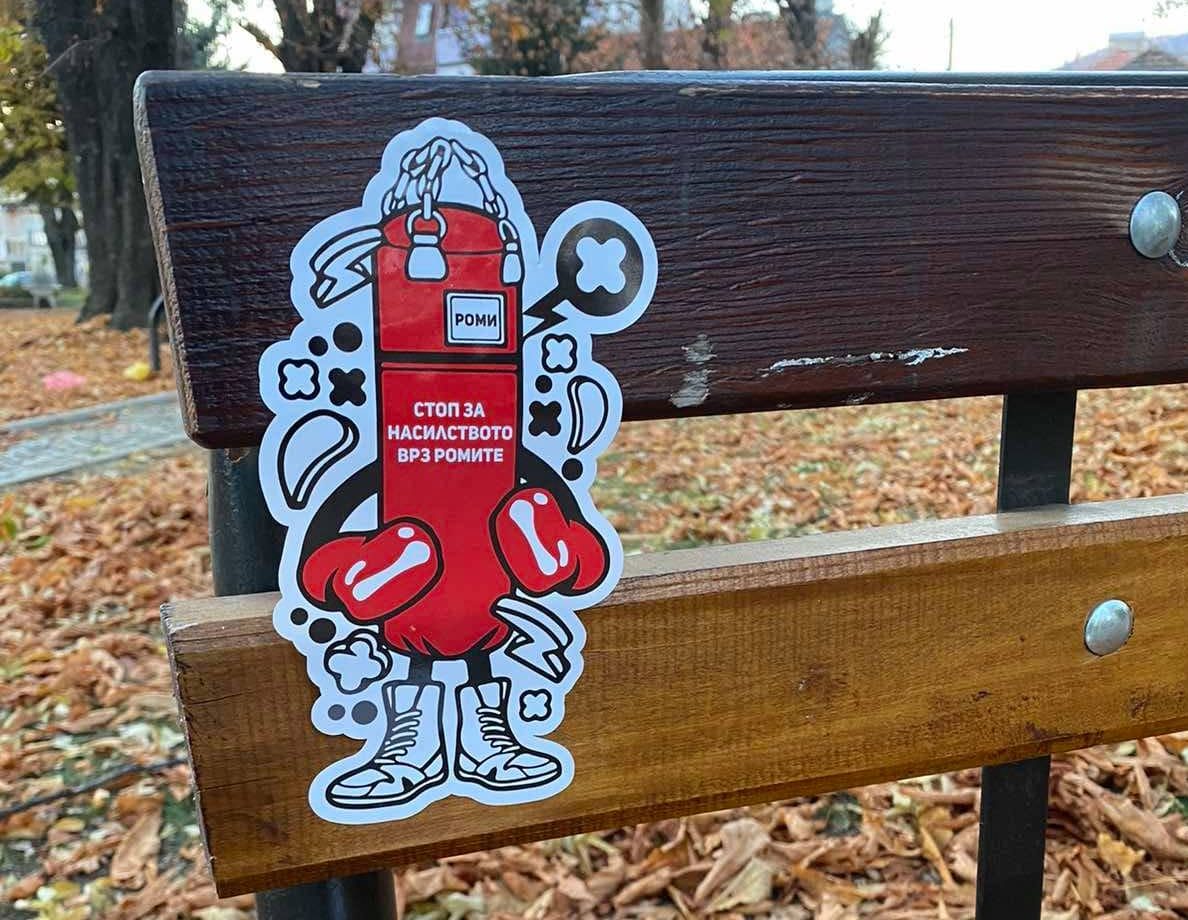 Roma are not punching bags – end violence against Roma

Violence against Roma in Bitola has been occurring for several years now and is present in the public without any serious reactions from the competent institutions. Unfortunately, the last attacks in the past 2-3 months, in which members of the Roma community were brutally beaten for no particular reason, were carried out by uniformed police officers on duty from the Bitola police station. This is unforgivable and should not go unnoticed! Every citizen should condemn and fight against this kind of violence! That is why a group of activists from Bitola undertook this action in order to speak publicly and to remind the public that most of the problems with violence against Roma still have no solution. Unfortunately, Bitola is one of the cities in Macedonia with the highest percentage of violence against Roma who are victims not only of the police but also of many local thugs who pour their anger and frustration on our fellow Roma every day. Dozen punching bags were placed in the public space in the city where the latest incidents took place. On the bags as well as on several similar props, stickers and banners were placed with the following messages: “Roma are not punching bags!” and “End violence against Roma.” With this action, the activists wanted to emphasize this problem that is reluctantly talked about, and which for years casts a dark shadow and shame on the city of Bitola.