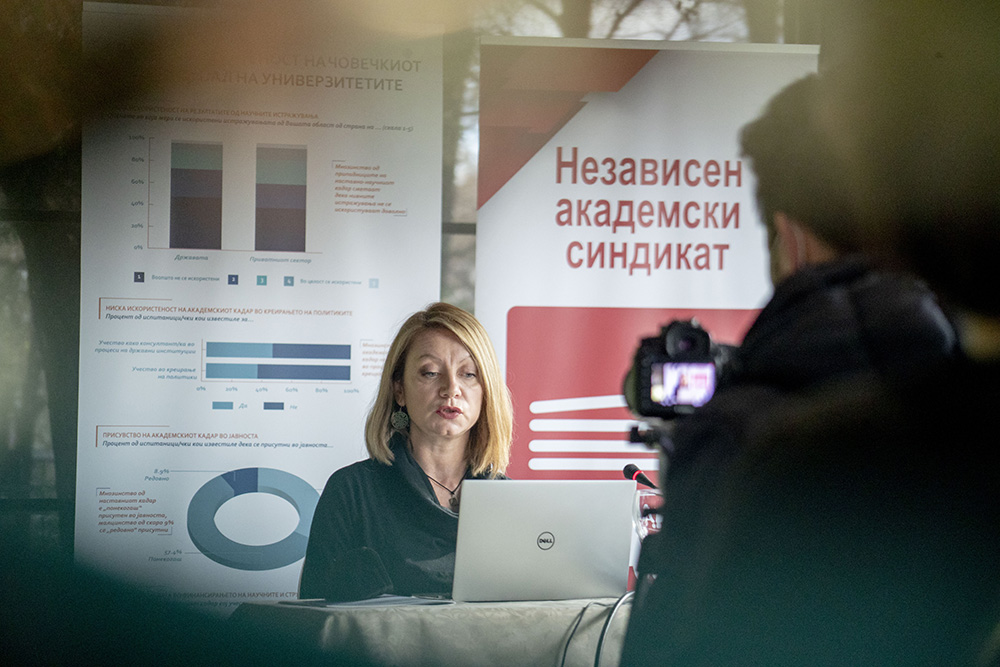 The Independent Academic Union on 27 November 2021 (Saturday) in Hotel “Karpoš”, organized a public presentation of the public policy document entitled “Presence of academic staff and higher education institutions in the public and their impact on the community.” The public policy document was prepared within the project “Quality of Teaching in Higher Education” by the expert team of the Independent Academic Union. Authors of the document are prof. Mirjana Najcevska, PhD, prof. Dragor Zarevski, PhD, prof. Bojana Naumovska, PhD, Assoc. Bisera Stankova, PhD and Juan Imeri, MA. 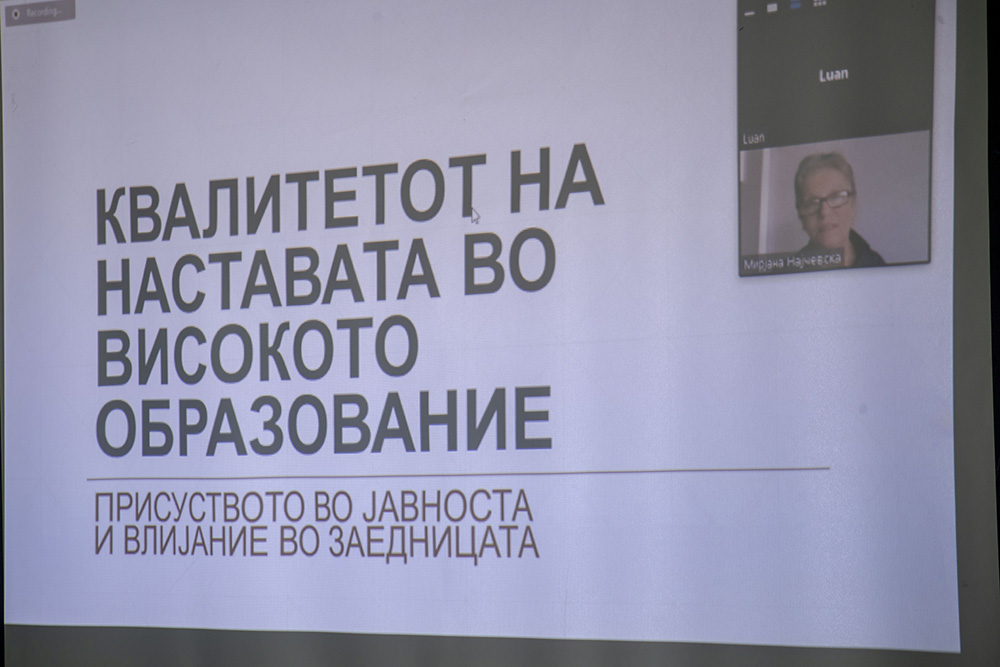 During the promotion, the introductory speech was given by prof. Dr. Dragor Zarevski stressed the importance of the impact of the academic sector in highly developed countries on the overall social development, and above all on the conception and development of functional public policies, as well as on the development of the economy. The document was presented by prof. Mirjana Najcevska, PhD (with video conferencing) and Assoc. Bisera Stankova, PhD, emphasizes that the impact of higher education and specifically on universities on the wider community, the private sector and decision-making processes in the wider community is a topic that, worldwide, is increasingly mentioned in the last twenty years. The latest direction of development suggests the need for increased influence of higher education. In this sense, we are no longer talking only about the two basic missions of higher education (training and research) but also about the third mission (services for society). Both training and research have a direct and indirect impact on the social development and development of the specific community (with staff training, new discoveries, and accumulation of knowledge…), however, the immediate impact is mostly achieved through the third mission – services to society. 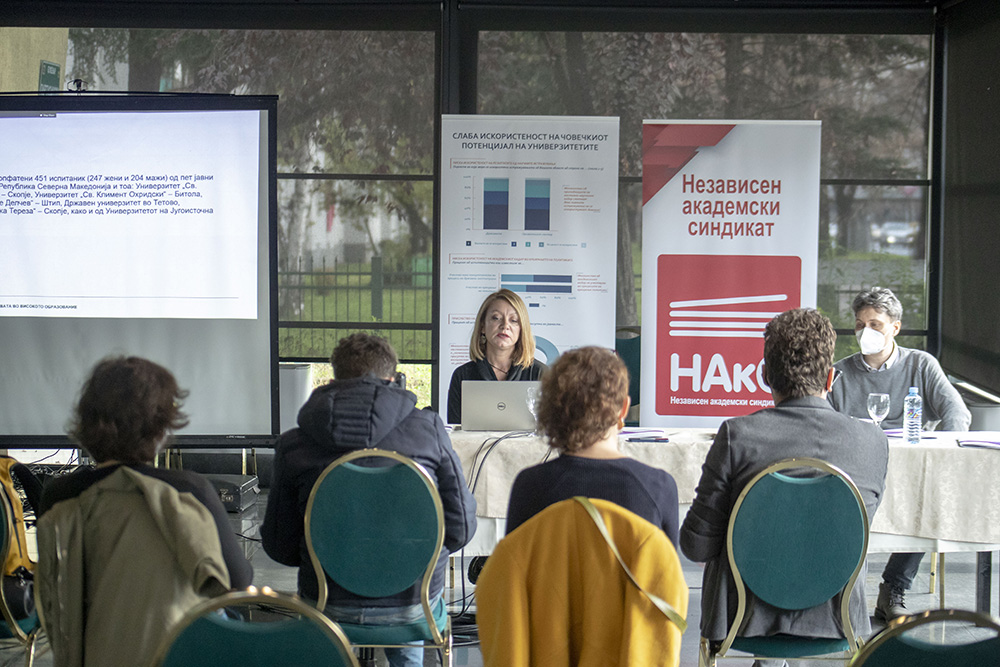 According to the data obtained from the research, the perception of the academic staff is that higher education in the Republic of North Macedonia is very little involved in decision-making processes, policy-making and support for the overall development of the community.

According to these data:

The effects of the change that would occur with the application of these measures are broad and multifaceted:

The influence of higher education institutions in the community is always bilateral and is the basis for mutual support and impetus for development. However, perhaps the most significant result of such involvement of the academic community is a sure foundation for democratic development based on respect for diversity, freedom of speech, free choice and relevant citizen participation in decision-making processes. 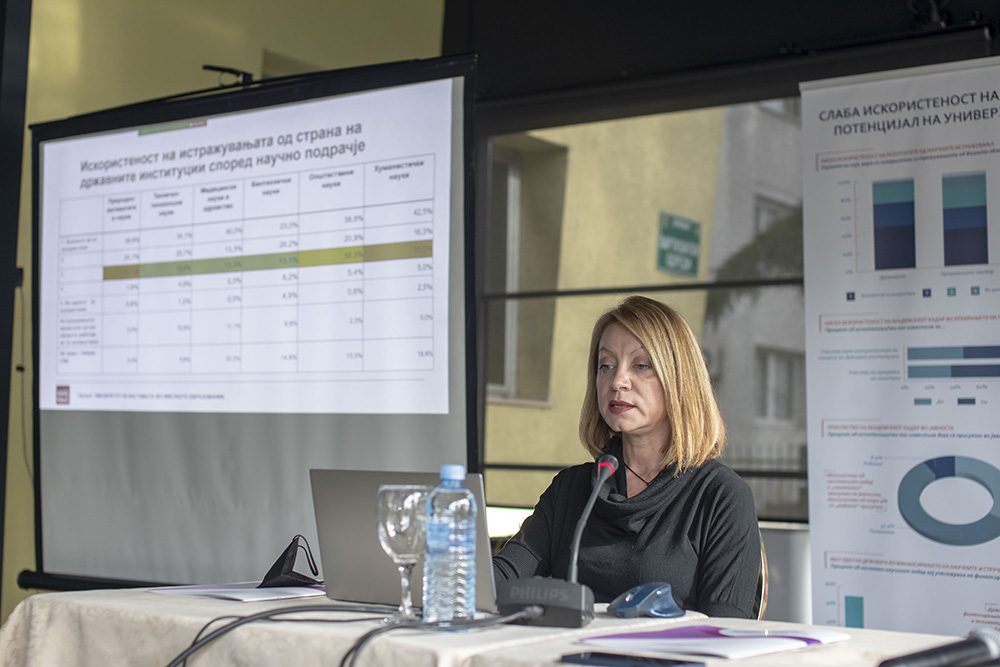