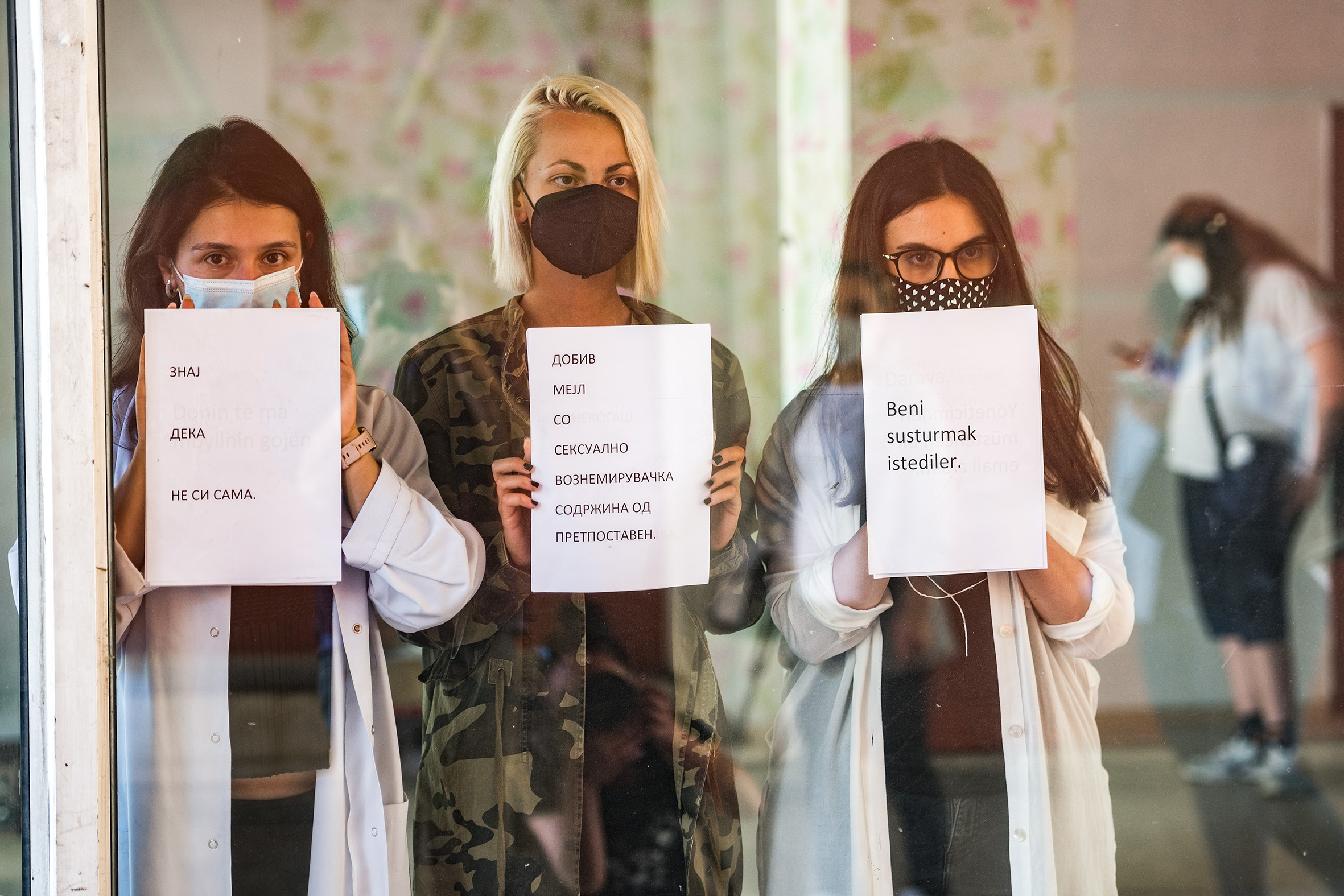 Performance: Place of support - Corruption in the Workplace among Women

The performance “Place of Support – Corruption in the Workplace among Women” was held, which focuses on the fight against violence that women experience in their workplaces. The performance was based on the testimonies of about 500 women who shared their experiences from their jobs, in a survey conducted in March and April this year, through online research, polls and interviews. 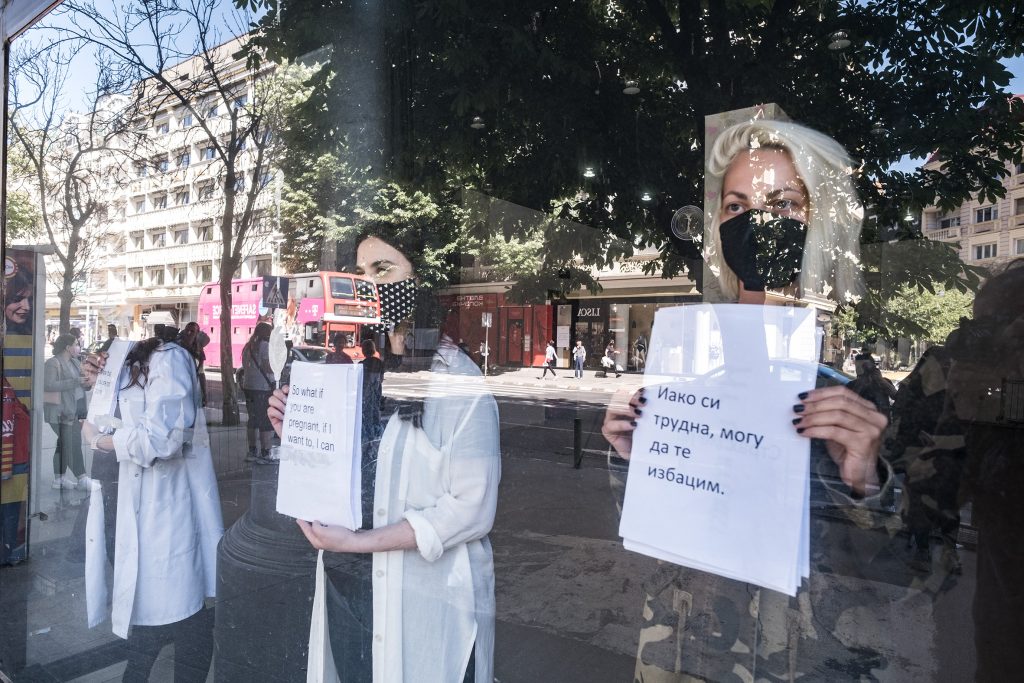 “Place of Support” was dedicated to all brave women who through their testimonies created and are creating space of support for all who face the violence of any kind. And the testimonies are disturbing:

“I have a lot of incidents to single out just one. Generally there were sexist comments by co-workers and / or colleagues, elevating eyes, devaluation and insulting of intelligence based on gender, shouting, using abusive words, etc. But I have also encountered unwanted touches during business meetings, on the shoulders, on the palm, on the waist. In general, both types of harassment have frightened, humiliated and disturbed me.” 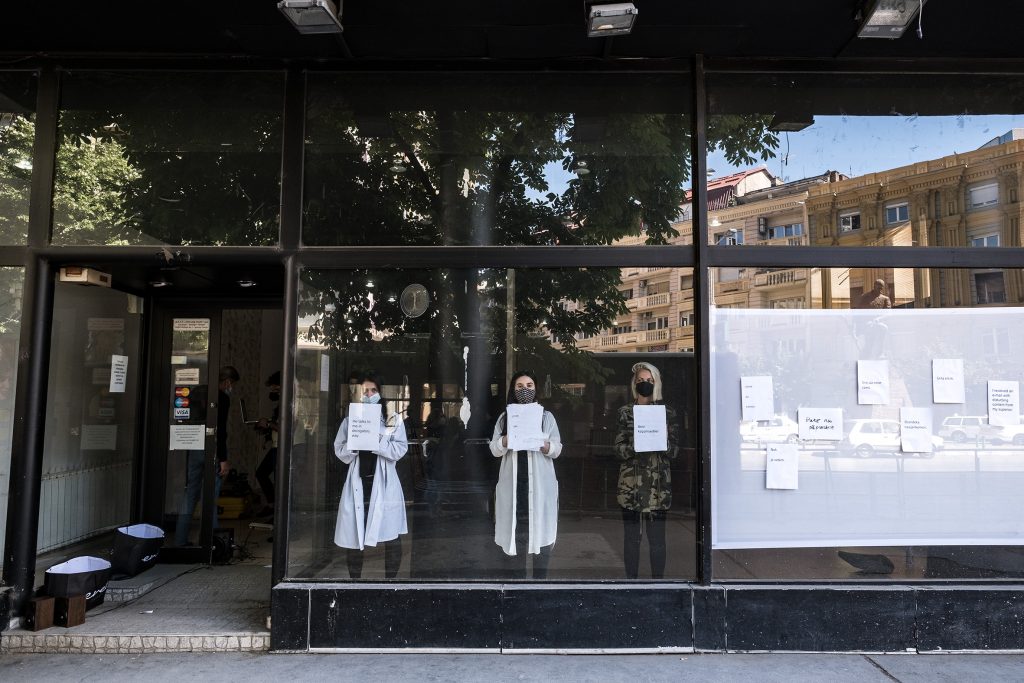 “Arrogant, insolent, rude behavior by a manager with the intention that the institution is their property, so, with a high and rude tone, they can sack  you, as if you have came to their house. However, they employ double standards with their party members and other employees.” 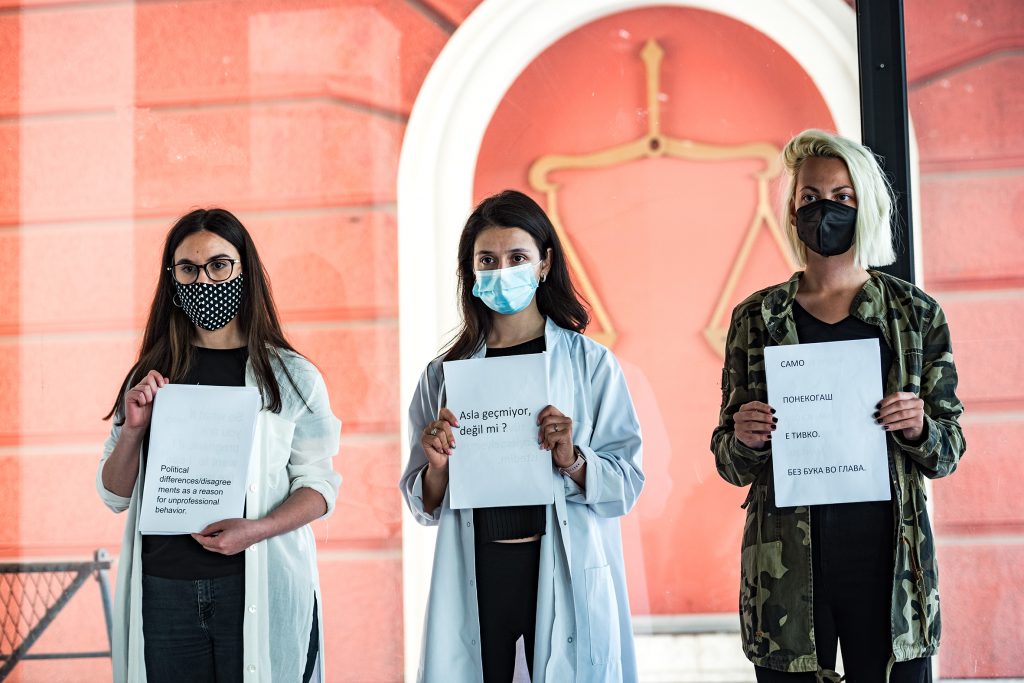 “After a prolonged maternity leave (because my child was ill I was entitled to sick leave) on the first working day I was fired by the manager and the job was terminated in front of all colleagues because they had already hired another employee in my place.”

The performance featured actresses Emine Halil, Vladanka Dimkovska and Angie Nikoloska, directed by Dragana Gunin. The identity of all who shared their experiences is protected and all stories are anonymous and dramatically adapted. 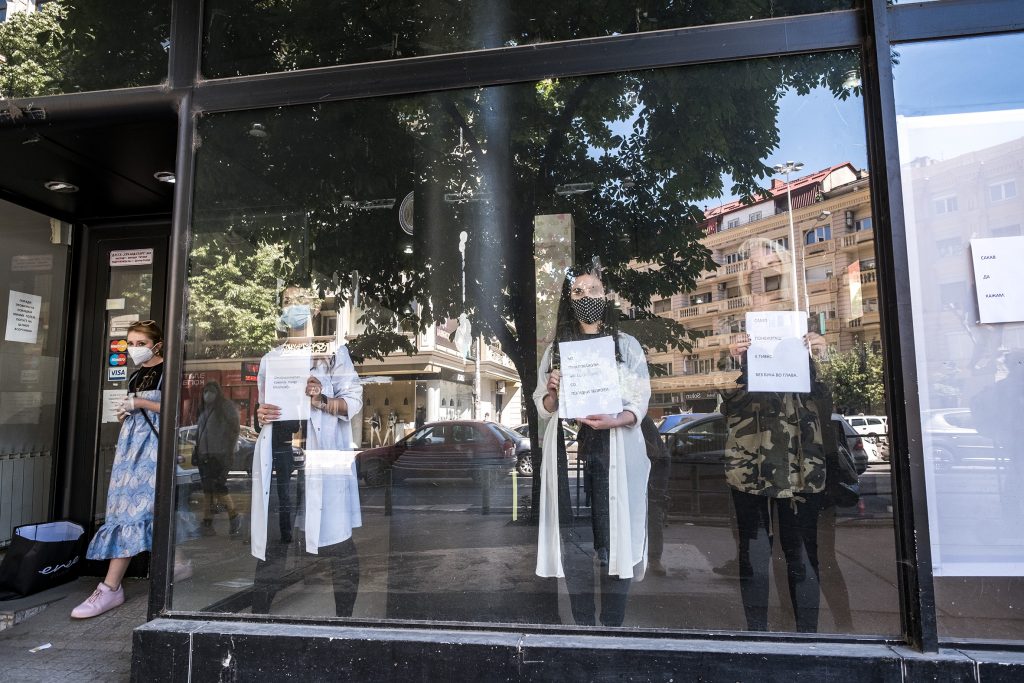 This project started at the end of 2020 and it is preceded by the experiences of female students with sexual harassment by professors at their faculties.

If you want to hear audio stories based on the experiences that women and girls have had at their jobs or at the university where they study, you can do so on the following Youtube channel.

“Place of Support – Corruption in the Workplace among Women” was realized with the support of the Foundation Open Society – Macedonia.