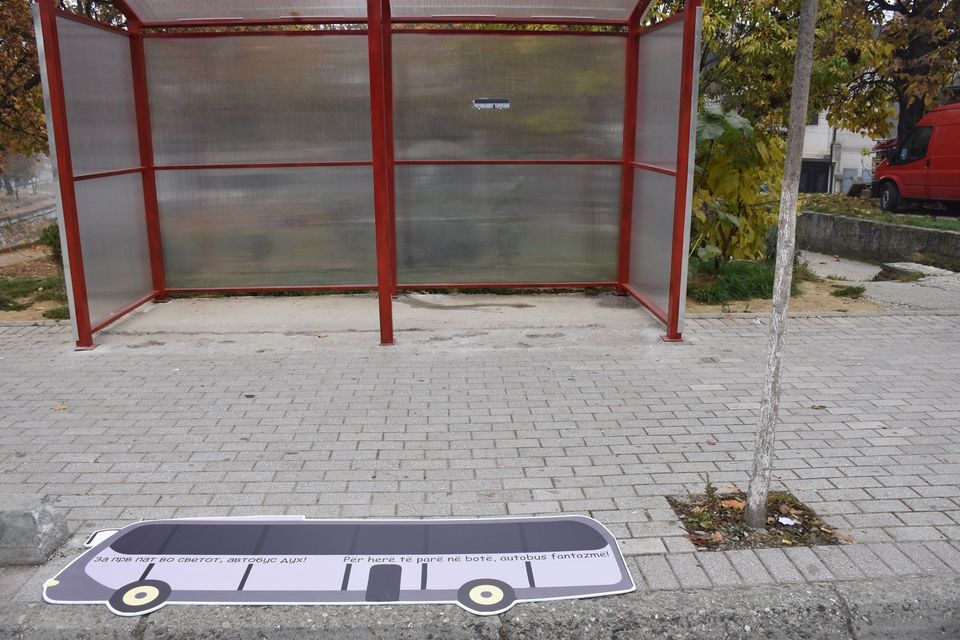 For the first time ever, a ghost bus!

There are no buses in the Municipality of Tetovo, but there are bus stations. These stations are located in several streets in the city, starting from the entrance of the city, the city center (Basic Court) and the University street. The institutions insist that the process should go in the right order and that if no stations are set up and then (or in the meantime) buses are purchased, the functionality of the process itself is called into question. The Mayor of the Municipality of Tetovo says that the tendency of the municipality is to simultaneously supply buses and complete the bus stations and to put into operation the public transport company for the whole system to be active by the end of the year.

However, based on the experience so far, the question arises whether the bus stations will ever meet the buses. That is why a group of activists from Tetovo, placed ghost buses in front of the waiting stations, which will serve the citizens of the Municipality of Tetovo until the final resolution of this process. This action was made without any direct contact between the members of the group, i.e. it was done in stages and sequentially by different authors. The action “For the first time ever, a ghost bus!” is financially supported by the Foundation Open Society – Macedonia.