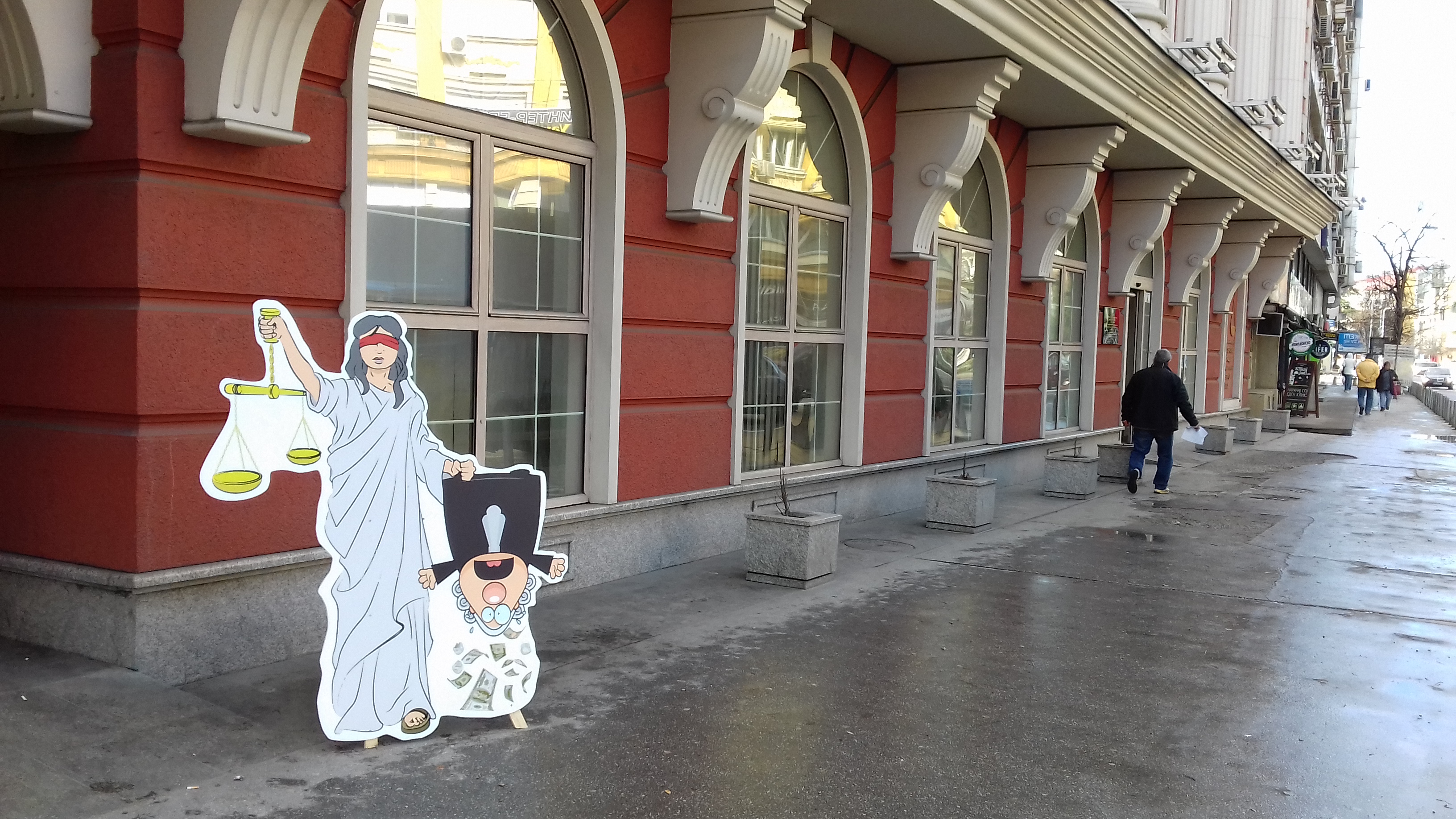 Creative Action “With the help of justicia!”

All surveys, analyzes and reports place the judiciary at the top of the list according to the impression citizens have of its corruption. While some are “on trial for 100 kebabs”, major corruption and organized crime cases are either not processed, are constantly delayed, or become outdated. At the same time, in the judiciary are employed and promoted grandchildren, wives and husbands, and all “in-law” relatives.

So far, no judge has been processed. A beacon of hope to the public was given by a public prosecutor who told the judges she would “shake out” them. Taking her word for it, and the state that advocates the rule of law, a group of activists set up a “Justicia” already “shaking out” a judge at several locations in Skopje – in front of the building of the Public Prosecutor’s Office and the Basic Public Prosecutor’s Office for Prosecuting Organized Crime and Corruption, the State Commission for the Prevention of Corruption, the Ministry of Justice and the seats of the two main political parties. With this creative guerrilla action, they called on all “authorities”, including the two political parties, to join “Justicia” in the fight against corruption.

The Foundation Open Society – Macedonia actively supports the citizens in their efforts to make changes for the better. This guerrilla action is part of activities with which activists are trying to creatively improve living conditions in the city and its surroundings and to pressure the authorities to solve more problems. Creative activism, as a form of civic activism, clearly visualizes problems, and sometimes succeeds in contributing to their resolution. When put into operation, art can really make a difference. Aware of this potential, we at FOSM continuously support a range of activities, such as this guerrilla action.