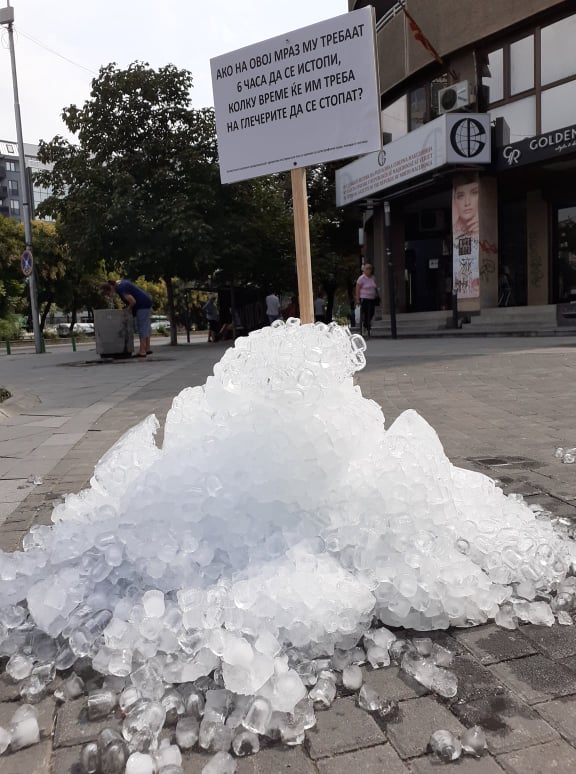 Creative action: If this ice takes 6 hours to melt, how long will it take the glaciers to melt?

Urban action, dedicated to the battles of global warming and climate change, simply shows how fast ice melts at high temperatures and reminds us that what we see on hot asphalt happens with polar glaciers as well, that will completely melt by the end of this century, and sea level will rise by 2 m if drastic measures are not taken. With these climate changes, millions of people will be forced to flee their homes, and millions of hectares of land will become uncultivated. 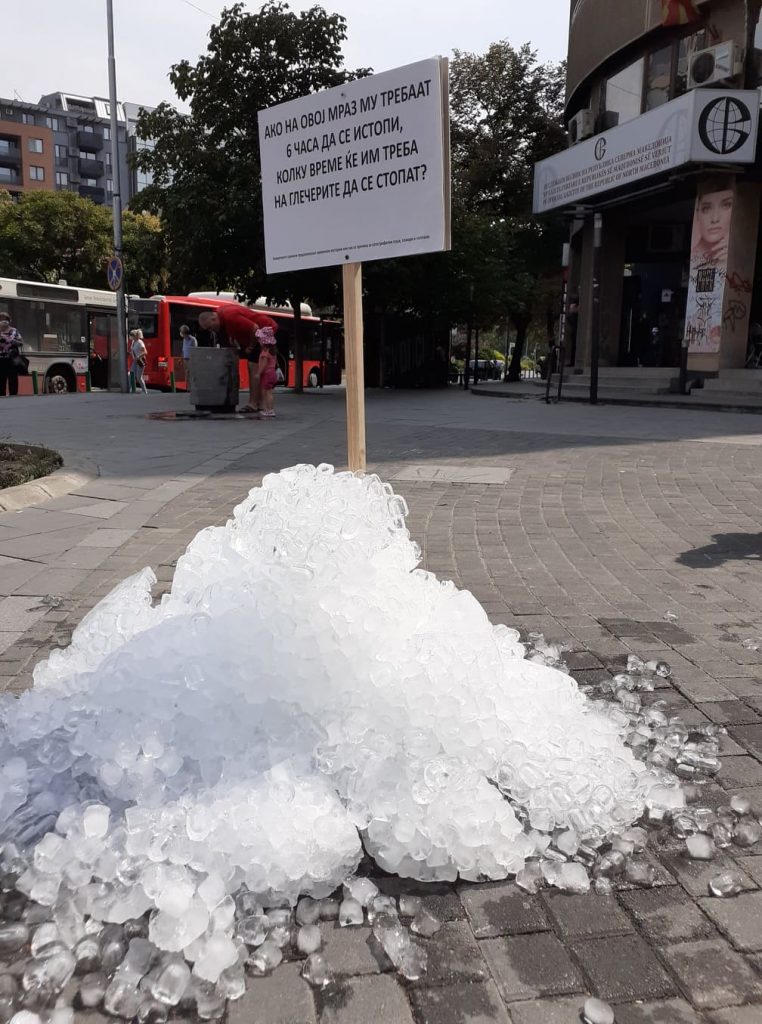 Climate change is a reality and we are increasingly feeling it on our own skin. It is no longer a question of whether they will happen, but what their impact will be and to what extent they will hit the planet Earth. This year, although not directly, but indirectly due to the extremely low amount of rainfall and extreme temperatures of over 45 degrees in many countries, especially in Southern Europe and North America, the fiercest and largest forest fires in recent history occurred. At the same time, parts of Western Europe this summer faced floods and rainfall of more than 200 liters per square meter per day, unnoticed in the accurate meteorological reports that have been kept in Western Europe for centuries. 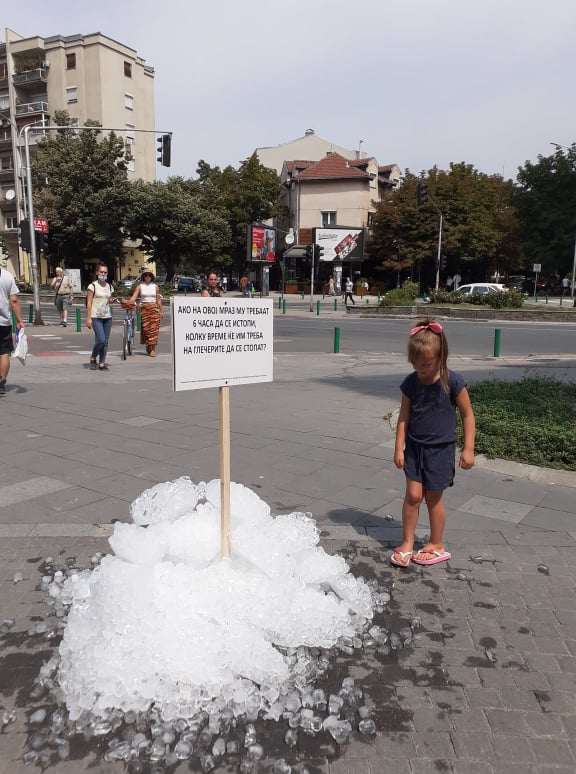 With this action as well as with the action “Climate Balance”, the activists raise the public awareness in Macedonia for the most sustainable use of natural resources – primarily forests and water which are unfortunately seriously endangered by illegal and excessive logging, arson and small flow hydropower plants that destroy biodiversity. 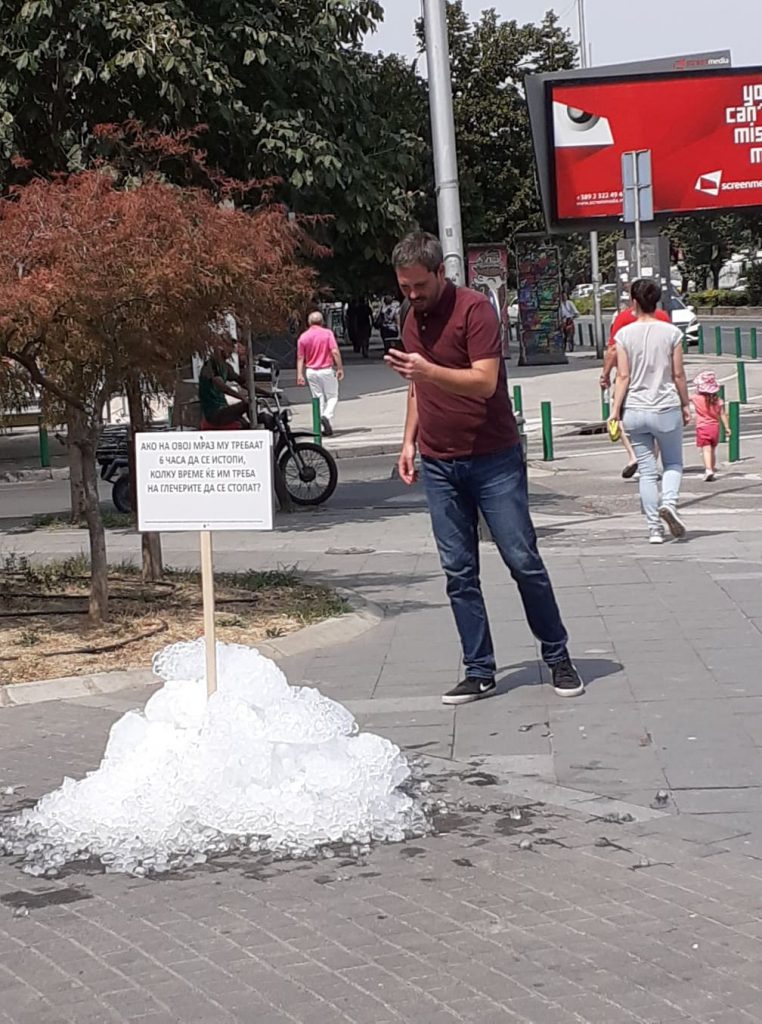 The action was conducted by the Center for Contemporary Arts Skopje and financially supported by the Foundation Open Society – Macedonia.