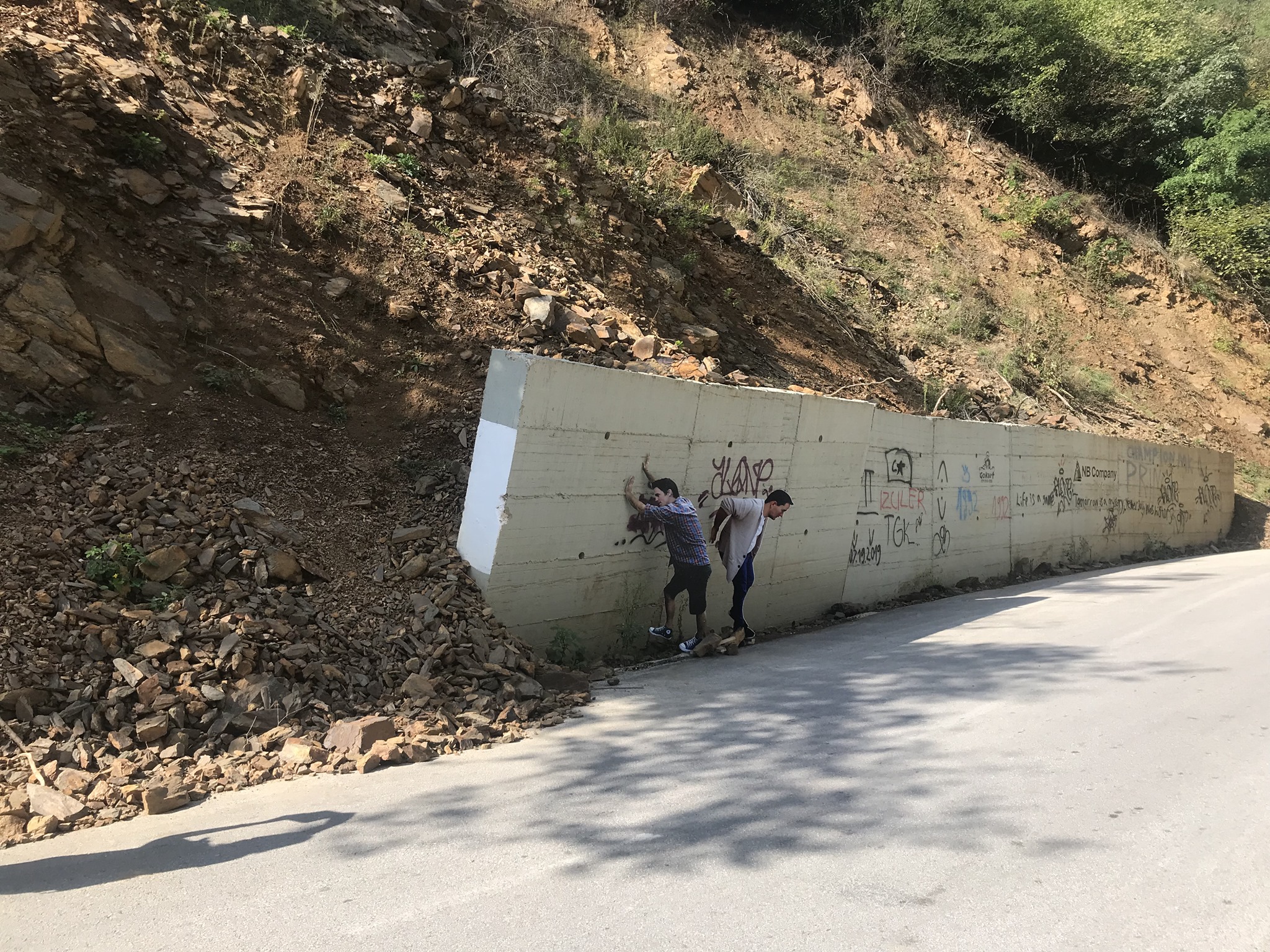 The road leading to Banjiče is dangerous in many places. There is erosion along the entire carriageway, and the supporting walls have been damaged.

Citizens using this area for recreation say that the landslides began to appear after authorities began reconstructing the road 4 years ago. Experts then warned that the reconstruction was being carried out unprofessionally because the road widened along the steep slopes of Šara Mountain that were being destroyed, and the trees that contributed to unstable terrain were being cut. Four years later, the situation is the same. Citizens, on foot or by car, continue passing along the unsafe road. A group of artists, frustrated by the inaction of the authorities, set up “support” on the way to Banjiče because they believe there is nothing left to do but “we, the citizens, to take up the role of support and hold the wall trying to prevent a major disaster!”. The Foundation Open Society – Macedonia is actively supporting the citizens in their efforts to make changes for the better. This guerrilla action of Tetovo activists is part of the activities with which they are trying to improve the living conditions of the city and its surroundings and to put pressure on the authorities to solve this huge problem. Creative activism, as a form of civic activism, clearly visualizes problems, and sometimes succeeds in contributing to their resolution. When art is put into operation it can really make a difference. Aware of this potential of art, we at FOSM continuously support a range of activities, especially activities with environmental themes such as this guerrilla action by Tetovo citizens.