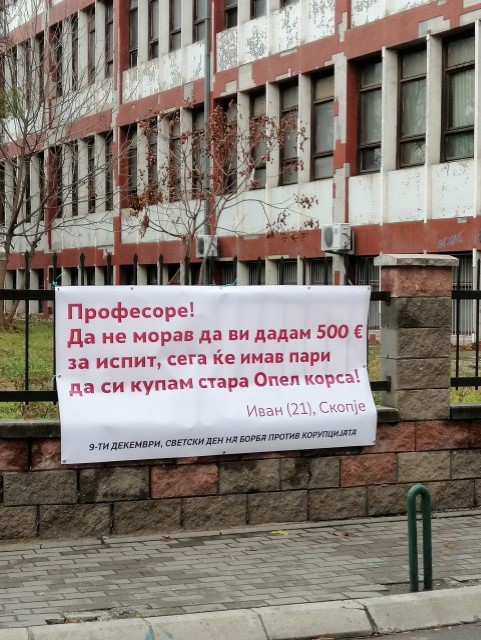 Activist action on the occasion of the International Anti-Corruption Day The Center for Contemporary Arts today conducted an action dedicated to all those who, stuck in the hopeless labyrinths of the dysfunctional administration, had no one to turn to or could not exercise some of their rights, and eventually succumbed to the chain of bribery and corruption because they had no other way out. The inspiration for this action, in which a dozen messages/quotes were explicitly shared, comes from the real stories and situations in which several of our fellow citizens found themselves sharing their stories with CCA. The quotes are real, but the names are made up. The topics of the judiciary, education, and customs are only randomly selected and are part of the many areas in our society where corruption reigns. This action is supported by FOSM.