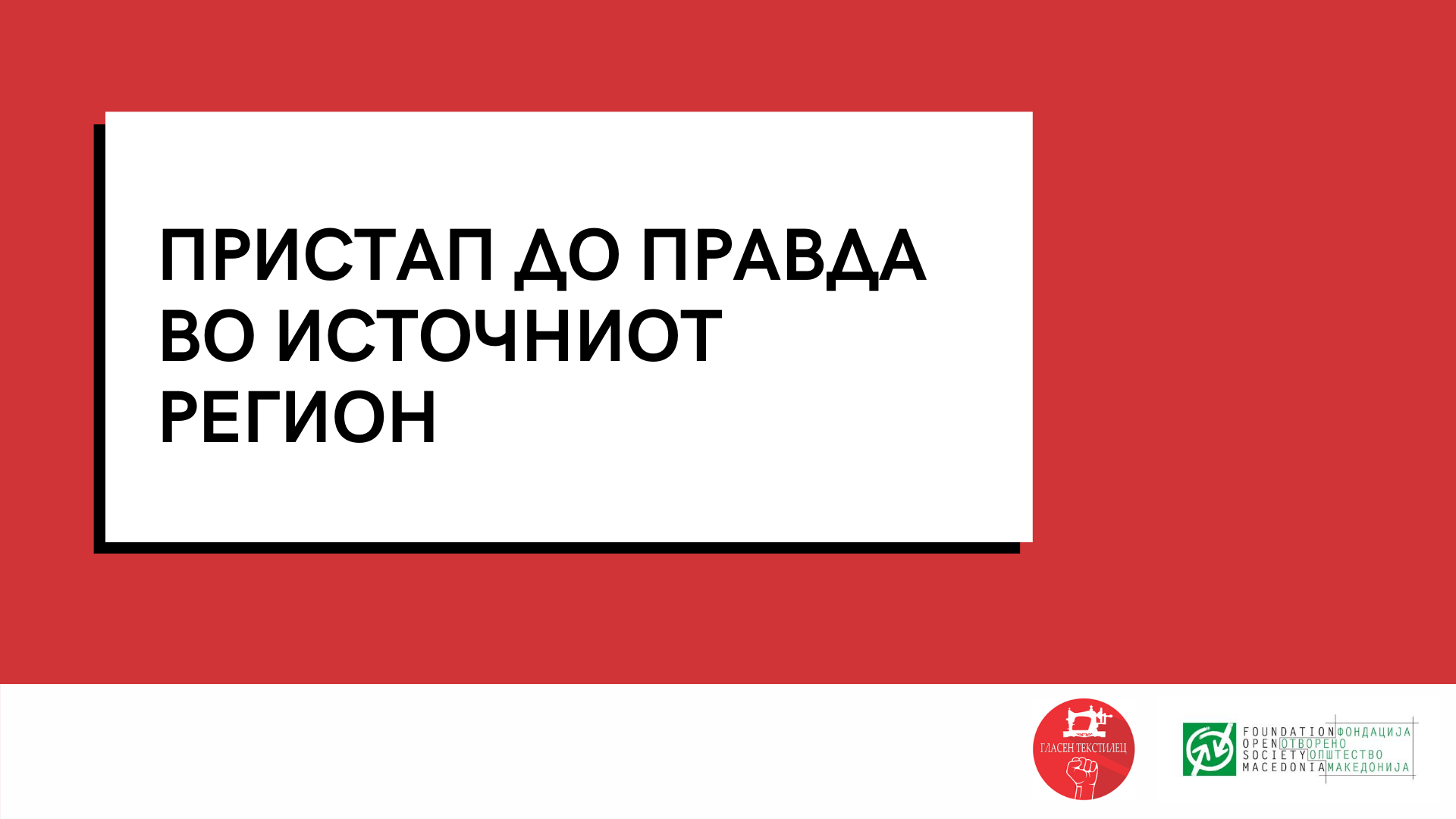 Field-findings from working with textile workers indicate that they are at a disadvantage in many respects. Considering the aspect of access to justice, the experiences and analyzes so far show that the textile workers have really limited access to justice. This is mostly due to the lack of information, but also to the fear of the institutions such as the labor inspectorate, the lack of trust in the institutions, as well as the financial aspect, i.e. the expensive court process.

At the same time, workers often encounter problems during the trial against which they are powerless: obstructions to ensure access to justice, especially to the marginalized, as well as examples of political and other influences on the work of institutions. In this context, the provision of free legal aid in violation of workers’ and human rights, mobbing and discrimination is crucial for workers in the textile, leather and shoe industries – in this way workers have multiple chances of justice before the institutions.

The project “Access to Justice in the Eastern Region” which aims to promote and respect human rights by improving access to justice for citizens, through the planned activities will provide monitoring of the work of the courts and the satisfaction of citizens who have appealed to the same courts and competent institutions for violation of human and labor rights. This will provide an accurate picture of the current situation and the satisfaction of the citizens from the institutions responsible for access to justice and fair trial, but will also increase the awareness of citizens on how to access to justice if their human rights have been violated.

At the same time, using information from the monitoring and analysis, the project will try to inform the public and institutions about the importance of a reformed judiciary and justice for all as necessary positions in accession to the European Union where respect and enjoyment of human rights is highest. value and priority.

“Access to Justice in the Eastern Region” is one of the 15 projects of civil society organizations fully supported by FOSM to implement activities that will contribute to a better understanding of the process of EU accession of the Republic of North Macedonia.

For more information on the work of GLASEN TEKSTILEC as well as the activities of the project, follow them on their website and their Facebook page.